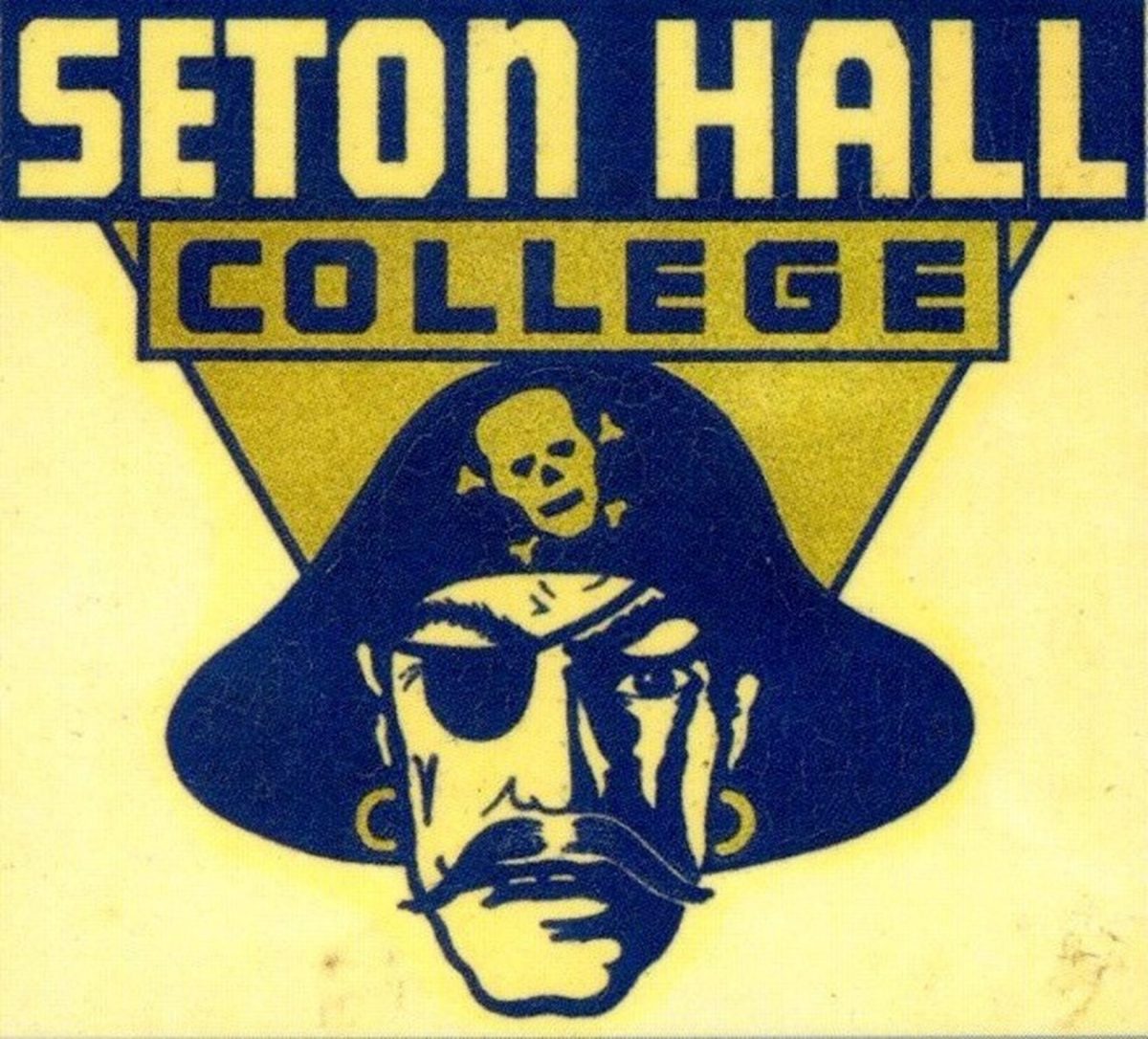 Throughout its storied history, the hues of “White and Blue” have always been synonymous with Seton Hall.  These colors were adopted during the nineteenth century and likely inspired by Bishop James Roosevelt Bayley whose family crest features a series of white stars affixed to a cobalt field.  Additionally, Blue is associated with the Blessed Virgin Mary, one of the early patronesses of the school and associated with finding truth while White is the symbol of purity, light, and saints who were not martyred (although Elizabeth Ann Seton was not canonized until 1975, she did not achieve martyrdom). Link to full story here.