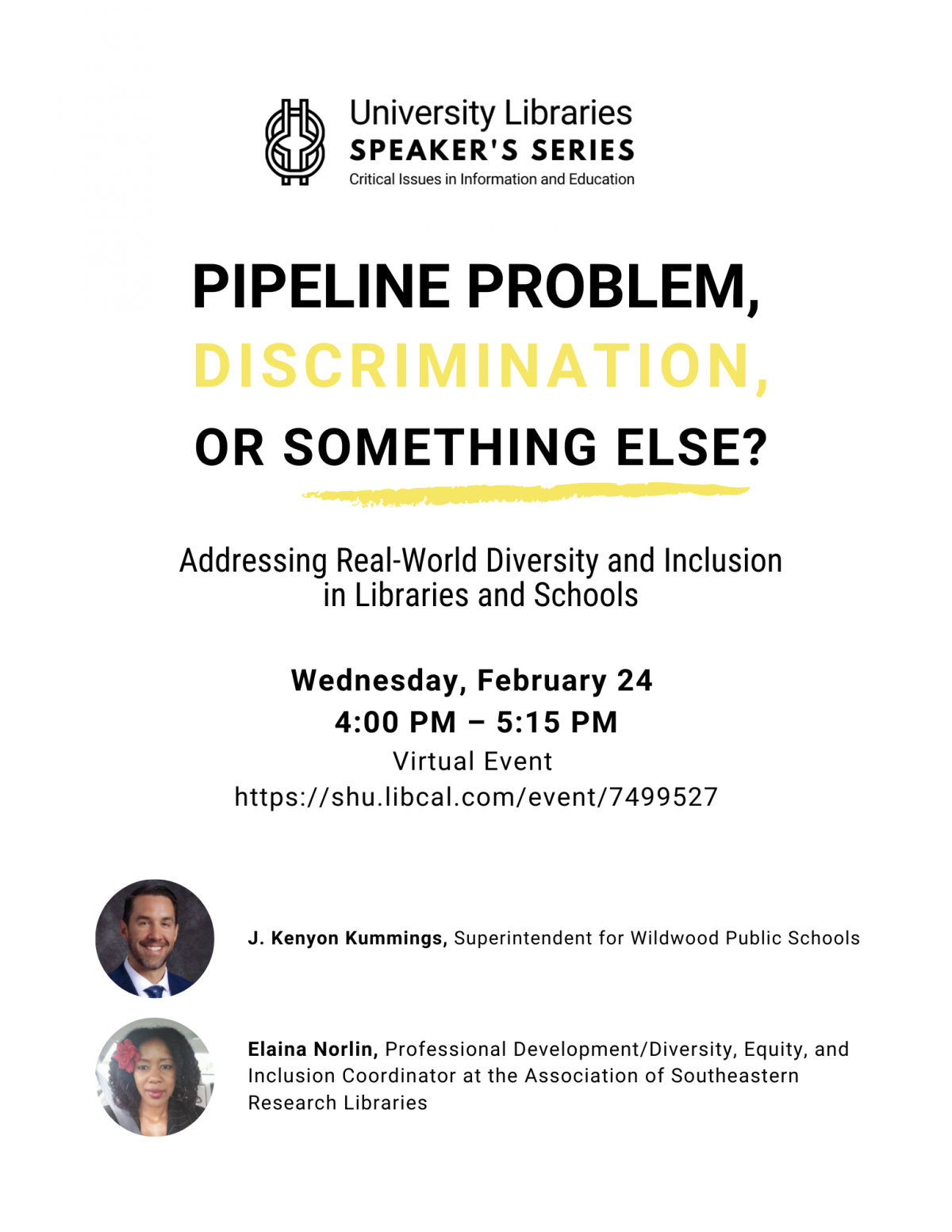 #SHU_Libraries is pleased to announce the next event in our Speaker’s Series: Critical Issues in Information and Education—

“Pipeline Problem, Discrimination, Or Something Else? Addressing Real-World Diversity and Inclusion in Libraries and Schools.”

***View a recording of the event here*** 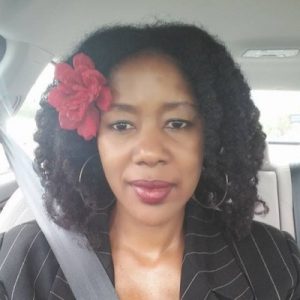 For ten years, Ms. Norlin served as Executive Director of the African American Research Library and Cultural Center in Fort Lauderdale, overseeing significant programmatic growth and community outreach activities. She previously worked for OCLC, the US Institute for Museum and Library Services (IMLS), and the University of Arizona. 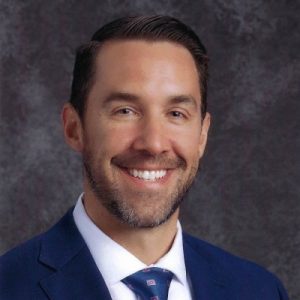 J. Kenyon Kummings is the Superintendent for Wildwood Public Schools (WPS). Mr. Kummings has served as the Superintendent for WPS since 2014. Prior to assuming that role he was the elementary school principal for seven years. WPS has a high percentage of economically disadvantaged students and is racially and ethnically diverse. The district is unique in that it continuously has one of the highest percentages of students living in poverty in the state of New Jersey (50%). WPS is the only P-12 Urban district in Cape May County and has been fine tuned to meet the needs of its students given that its demographic consists of large populations of special education students (24%), and English Language Learners (35% Pre-K to 8thGrade).

Mr. Kummings has testified several times before the New Jersey Senate and Assembly, and most recently before the Joint Committee on the Public Schools regarding the recruitment of minority education candidates.  His testimony from that day along with the expert testimony of representatives of Educator Preparation Programs (EPP’s) identified that there are systemic barriers to entering EPP’s, many of which are attributed to standardized assessments that are leading to inequitable outcomes.

The Values That (Formerly?) Shaped Journalism
and the Fallout for Schools

Let us know what you think! Send us your comments–Feedback Form
Connect with #SHU_Libraries Homepage · Email · Twitter · Facebook

#SHU_Libraries is pleased to announce the next event in our Speaker’s Series: Critical Issues in Information and Education: “Threats to Democracy: Common Core, and the Challenge of Discussing Education Policy in a Democracy.”

The event will be held on Sunday, September 16th in Jubilee Hall Auditorium at 11 a.m. The event will feature Jonathan Cope, Reference Librarian at the College of Staten Island, and Dr. Nicholas Tampio, Associate Professor of Political Science at Fordham University.

The University Libraries’ Speaker’s Series focuses on the intersection of educational and informational issues.

Jonathan Cope is a Reference/Instruction Librarian at the College of Staten Island (CSI), CUNY. He has a Bachelor’s degree in Communication and Politics from Antioch College, a Master of Library and Information Science from Queens College, CUNY, and Master’s in Liberal Studies from The Graduate Center, CUNY. His research is focused on the ways in which library and information literacy work is situated within specific social, cultural, economic, and disciplinary contexts. He is particularly interested in the politics of libraries and library work. Jonathan is the author of a book chapter which discusses the applicability of social power research to information literacy and an article about the ideal of librarianship as an intellectual craft. He is the coauthor of an article about information literacy in the study of American politics and he is the coauthor of an article that details a study of how disciplinarity influences how faculty outside of the library conceptualize information literacy. He is also the author of an article on neoliberalism and library and information science and an essay that outlines a framework that can be used to analyze socially-generated information.

Nicholas Tampio, Ph.D. is an Associate Professor of Political Science at Fordham University. In his new book Common Core: National Education Standards and the Threat to Democracy (Johns Hopkins University Press 2018), Tampio considers the best arguments for and against national education standards and scrutinizes the Common Core English Language Arts (ELA) and mathematics standards, the Next Generation Science Standards, the Advanced Placement US History Curriculum Framework, and the National Sexuality Education Standards. He argues that national educational standards alienate citizens from the local schools thereby making education and democracy worse. His talk considers how democracies ought to foster the right kinds of discussions about education policy.

The program is part of the “Critical Issues in Information and Education” Speaker’s Series by University Libraries. The event is free and open to the University community. Light refreshments will be served.

“The Institute for Communication and Religion is excited to partner with University Libraries for this important discussion,” said Monsignor Mahon. “I hope the event provides attendees with the opportunity to understand how communication and religion are integrally connected.”

Dr Choi, an associate professor of religion, is an ethicist, specializing in Catholic and Protestant moral theology, political theory/ethics, and the political morality of race and ethnicity. His teaching areas also include the ethics of war and peace and the relationship between science (evolutionary theory) and theological ethics. He earned his B.A. and a M.Div. from Yale and his Ph.D. from Boston College.

The University Libraries’ Speaker’s Series, “Critical Issues in Information and Education,” focuses on the intersection of educational and informational issues. Its inaugural event on issues of mass communication featured John Berry III, former editor-in-chief of Library Journal, on misinformation and Dr. Christopher Tienken, associate professor of education administration at the University, on the false narrative surrounding the current educational testing regime and educational standardization. Its second program, Discursive and Demographic Dysfunction, Or, Why It Is So Hard To Decide What The Facts Are, included Rutgers University Professors Marie Radford, Library and Information Sciences, on narratives of information seeking and Julia Sass Rubin, School of Planning and Public Policy, on legal challenges to academic inquiry.

Launched in Fall 2017, the Institute for Communication and Religion provides a nexus for ongoing scholarly exploration of communication topics critically important to religion and society. Under the leadership of Monsignor Mahon and inspired by Nostra Aetate, the Institute enhances the University’s and the College’s sustained leadership in fostering open, clear dialogue and study between religious believers and the broader public in the communication disciplines at the theoretical, professional, and practical levels.

To learn more about the Institute for Communication and Religion, please contact Monsignor Dennis Mahon.

#SHU_Libraries is pleased to announce the next event in our recently launched Speaker’s Series: Critical Issues In Information & Education:

“Discursive and Democratic Dysfunction, Or, Why It Is So Hard to Decide What the Facts Are”

Prof. Marie Radford (Rutgers University) will focus on the difference between conversations that are clear, non-confrontational, and productive and those that are unfocused, awkward, or even threatening. She will explore theoretical frameworks for understanding interpersonal communication and how these historical frameworks apply to libraries combining theory with empirical research. Her talk is adapted from her recent book Library Conversations: Reclaiming Interpersonal Communication Theory for Understanding Professional Encounters published by the American Library Association. Dr. Radford has won multiple national awards for her previous work in this vein.

Prof. Julia Sass Rubin (Rutgers University) will focus on political-informational fallout in the educational arena. Her research focuses on how the hot button issue of charter schools and the resulting segregation of school populations in New Jersey has exposed misinformation about them. A recent journal article on New Jersey’s charter school laws noted that “Rubin has critiqued the current charter school law as needing greater local control components, more transparency, and a means to address an apparent demographic mismatch between charter and district schools.”  Perhaps the greatest compliment to her work is the complaint lodged against her by the New Jersey Charter Schools Association in 2015. As one blog written by a longtime Star Ledger reporter put it, “Because charter schools cannot refute the evidence on its merits, they have chosen to try to intimidate those who make the facts available to the public.” 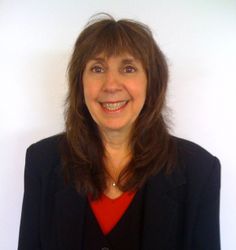 Marie L. Radford, Ph.D. is Professor in the Department of Library and Information Science at Rutgers University. In 2017, in addition to publishing Library Conversations: Reclaiming Interpersonal Communication Theory for Understanding Professional Encounters with Gary Radford (ALA Editions), she co-authored Research Methods in Library and Information Science, 6th ed. with Lynn S. Connaway (Libraries Unlimited). Her forthcoming book, Conducting the Reference Interview, 3rd ed. is co-authored with Catherine Ross & Kirsti Nilsen (ALA Editions). Her research focus is on qualitative research, communication within virtual and traditional library contexts, and postmodern approaches to media stereotypes of librarians/libraries. She is an award-winning, prolific author who gives numerous presentations, workshops, and webinars on topics that include: communication, time management, change management, service excellence, conflict management, and positive approaches to problematic people. She received the 2010 ALA/RUSA Mudge Award for distinguished contributions to reference.

Julia Sass Rubin is an Associate Professor at the Edward J. Bloustein School of Planning and Public Policy at Rutgers University and a Visiting Associate Professor at the Woodrow Wilson School of Public and International Affairs at Princeton University. Her research examines the intersection of education policy, community development, and social justice. Dr. Rubin is also one of the founding members of Save Our Schools NJ (www.saveourschoolsnj.org), a nonpartisan, grassroots organization of parents and other concerned residents who believe that all New Jersey children should have access to a high quality public education. Dr. Rubin earned her PhD and MA from Harvard University, an MBA with distinction from Harvard Business School, and an AB with honors from Harvard-Radcliffe College. She was a post-doctoral fellow at the Alfred A. Taubman Center for Public Policy at Brown University and spent a year as a Henry Luce Scholar in Bangkok, Thailand.