Political Analysis is a student-run journal that is managed through the Department of Political Science and Public Affairs and funded by the political science honor society, Pi Sigma Alpha (PSA). Articles from 2013-present have been downloaded over 21,600 times with over 6500 downloads in 2020 from 152 countries and 2141 institutions worldwide. The journal is published by the PSA Editorial Board in the University Libraries Institutional Repository.

Political Analysis Editor in Chief, senior Marlene Da Cruz, describes her experience of pulling this journal together during COVID-19. Da Cruz and the Pi Sigma Alpha editorial board began early preparation of the 2020 issue at the end of the 2019 fall semester. Once the spring semester began in January, emails were sent out to students and faculty within the Political Science Department for paper submissions.

Coming back to campus after spring break, everything changed. Due to the coronavirus pandemic, classes were switched to online, yet this student team was still responsible for creating the annual issue of Political Analysis. The editorial process of the journal was challenging but the editorial board worked closely through email with political science faculty members. Despite the challenge that the virus perpetuated with students moving off campus, in some cases abruptly, this year’s issue of the journal was a success. In fact, the journal issue was published earlier than expected in April, instead of May. Instead of working on campus, the editorial board was working between South Orange, Upstate New York, and Jersey City where students had relocated to.

New articles in the 2020 issue include:

As of April 22, Da Cruz’s article already has 47 downloads in 13 countries including China, Austria, Canada, United Kingdom and Turkey. The articles were posted and archived in Google Scholar a few weeks ago.

The statistics gathered from the journal analytics dashboard can help guide the direction of the journal, according to Da Cruz. These statistics include the country, the institution and the number of times a specific article was downloaded. This information is valuable for the future of Political Analysis because it gives the next Editorial Team the ability to have statistical metrics regarding article readership. Additionally, these statistics provides valuable knowledge that can be utilized to create a strategic plan to increase worldwide readership of Political Analysis in the future.

Da Cruz stated that acquiring paper submissions for Political Analysis has been the most challenging aspect of the journal. This is not because students do not want to submit their papers, but often times students are unaware that the opportunity to get published at the undergraduate level exists. What has helped solicit submissions from students is by advertising the journal within the Political Science Department and within the College of Arts and Sciences. Reaching out to professors, posting flyers on campus, and speaking to students individually have become successful strategies to encourage students to submit their papers to the journal.

Da Cruz is graduating with a Bachelors in Political Science in May 2020. After graduation, she plans to work and then plans to apply to law school. She is thankful to have had the opportunity to serve as both President and Executive Editor in Pi Sigma Alpha. She collaborated with her editorial board that included political science majors, Patrick Carr, also graduating in 2020 and Stephen Hoffman, who will graduate in 2021. These positions have contributed to Da Cruz’s professional and personal growth at Seton Hall. Da Cruz has learned that hard-work, cooperation, and teamwork are the pillars that contributed to a successful publication and editorial team success these past two years while she was Executive Editor.

Da Cruz and the editorial team are thankful to the faculty and staff within the Political Science Department for all their encouragement and guidance with Political Analysis. Da Cruz states that the department encompasses extraordinary professors who care about the growth and success of their students. She wants to thank her professors for their kindness, support, and advice. More specifically, she wants to give a special thank you to her advisor, Dr. Terence Teo, who has helped make this journal a success.

Dr. Terence Teo had high praise for Marlene. “Marlene is a bright, independent, and motivated student. I’m proud of the hard work she has put it to make the journal a success in her two years as Editor in Chief, especially during this time. She leaves behind a journal in outstanding shape, which showcases work that blends careful analysis with contemporary practical relevance. Students like Marlene make teaching fulfilling and worthwhile, and it’s my pleasure to have had the opportunity to know her.”

Those interested in starting an academic e-journal can email eRepository@shu.edu or contact Sebastian Derry, Assistant Dean for Public Services, University Libraries at sebastian.derry@shu.edu or 973-275-2058. 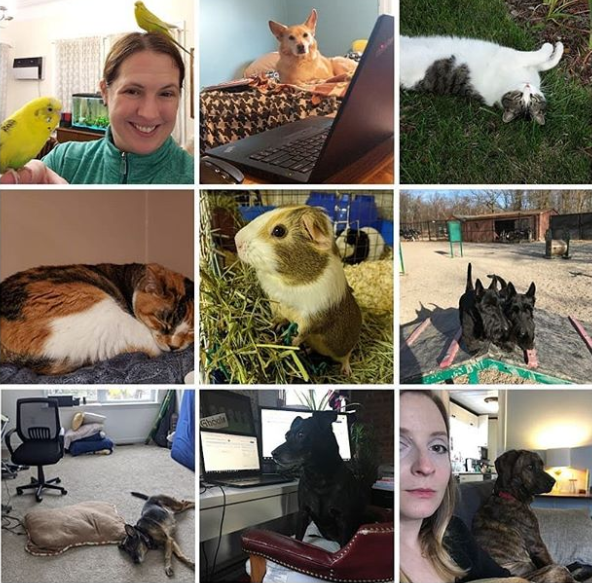 As a result of the stay at home orders implemented by the state of New Jersey, we have all been forced to work from our houses or apartments. We miss working with and seeing our colleagues and students on campus. One way for us to connect with you is through social media. Please follow us on Facebook, Instagram and Twitter so we can keep you updated about online library services and how we are making out with our new coworkers.

One of the most popular memes circulating throughout social media is people joking that pets are their new coworkers. We wanted to share some of the fun we are having with our new furry coworkers. Visit the post on our Instagram page here. 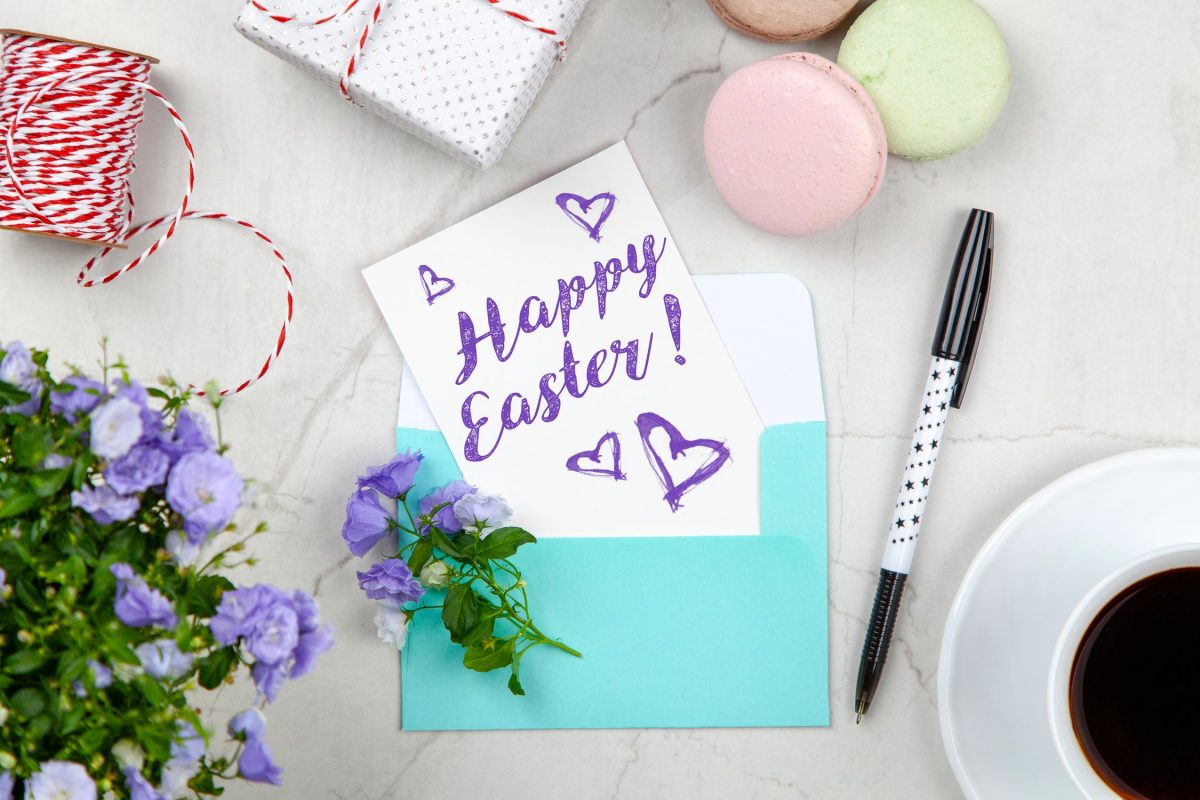 #SHU_Libraries Our services will be closed for Easter 2020:

Our online services will resume on Monday, April 13th. 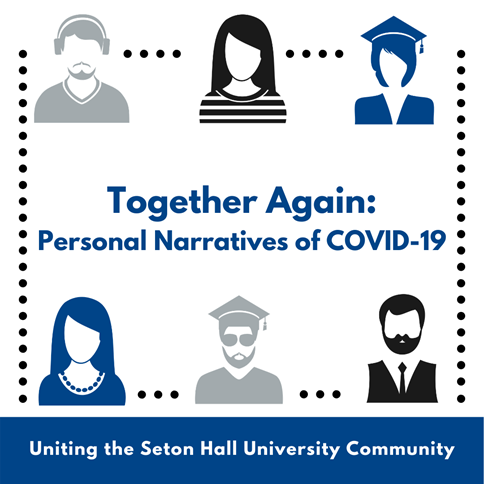 #SHU_Libraries The COVID-19 pandemic has disrupted life at Seton Hall as it has for millions of others around the country and the world. In the name of saving lives by practicing social distancing, it has scattered us into our homes around the region and the country. Although we are now physically distant from one another, we remain united as Pirates through our connection to Seton Hall.

To reconnect as a community, we seek your stories of what this time has been like for you. We have established a website to submit short personal narratives. We hope that sharing these stories with one another will bring us back together in a new way, through sharing our personal experiences of this moment. When we move forward, because there will be a time when we move forward, we plan to listen to these stories together as a community, reflect on what we have learned, and let them guide us into the future.

To participate, please record a 1-3 minute narrative about your experience, using any video or audio equipment available to you, and submit the file to our e-Repository.  Please also submit an image that represents your narrative, which will appear next to your recording in the published archive.

Questions to guide your response:

Choose the one that speaks to you, or address more than one if you wish.

With thanks to the scholars and librarians who came together to create this project: Professors Angela Kariotis Kotsonis, Sharon Ince, Marta Deyrup, Lisa DeLuca, and Alan Delozier, Technical Services Archivist Sheridan Sayles and Assistant Deans Elizabeth Leonard and Sarah Ponichtera.