The first is The Newark Uprising of 1967: 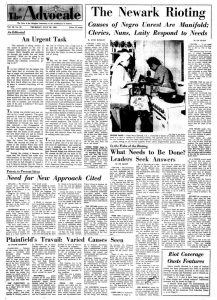 This period of civil unrest (between July 12 and July 17, 1967) was a protest by African-American residents in response to various discriminatory practices.  The causes associated with this event can be traced back through a long history of uneasy relations between lawmakers, law enforcement, and local citizens. Click here for more information. 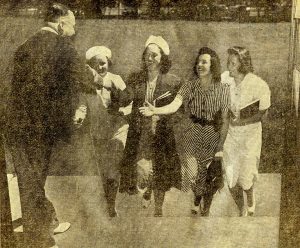 This year marks the 80th anniversary since women first attended lectures or taught courses at Seton Hall.  These trailblazers were part of the now defunct Urban Division established by then College President Monsignor James F. Kelley who provided a more inclusive educational experience for all qualified applicants. Click here for more information.

#SHU_Libraries and the Library Chinese Corner are pleased to announce that Prof. Siben Chen (China Southwest Jiaotong University) our Visiting Scholar of Asian Studies at SHU, will be presenting a seminar:

Chinese As A Second Language:
Teaching Vocabulary From a Country-Specific Perspective

All are welcome to attend! 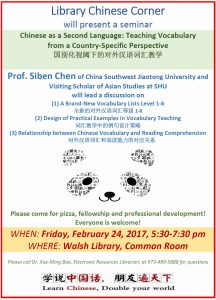 Please join us as we welcome guest speakers John Berry III (Editor-at-Large for Library Journal), and Seton Hall University professor Dr. Christopher Tienken for a lively discussion (with Q&A) on the topic of information and misinformation. 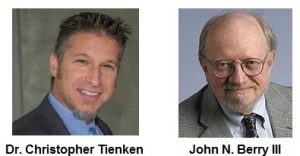 Seton Hall University’s Walsh Gallery presents Learning to Fly: A Celebration of Flight and Exploration. The exhibition commemorates several major anniversaries occurring in 2017, including the 80th anniversary of both Amelia Earhart’s disappearance and the Hindenburg disaster in 1937 as well as the 60th anniversary of the launch of the Sputnik satellite by the Soviet Union in 1957.

Curators Derek Butler and Kathlene Williams invite visitors to examine the tremendous role that flight has played in society over the last century. 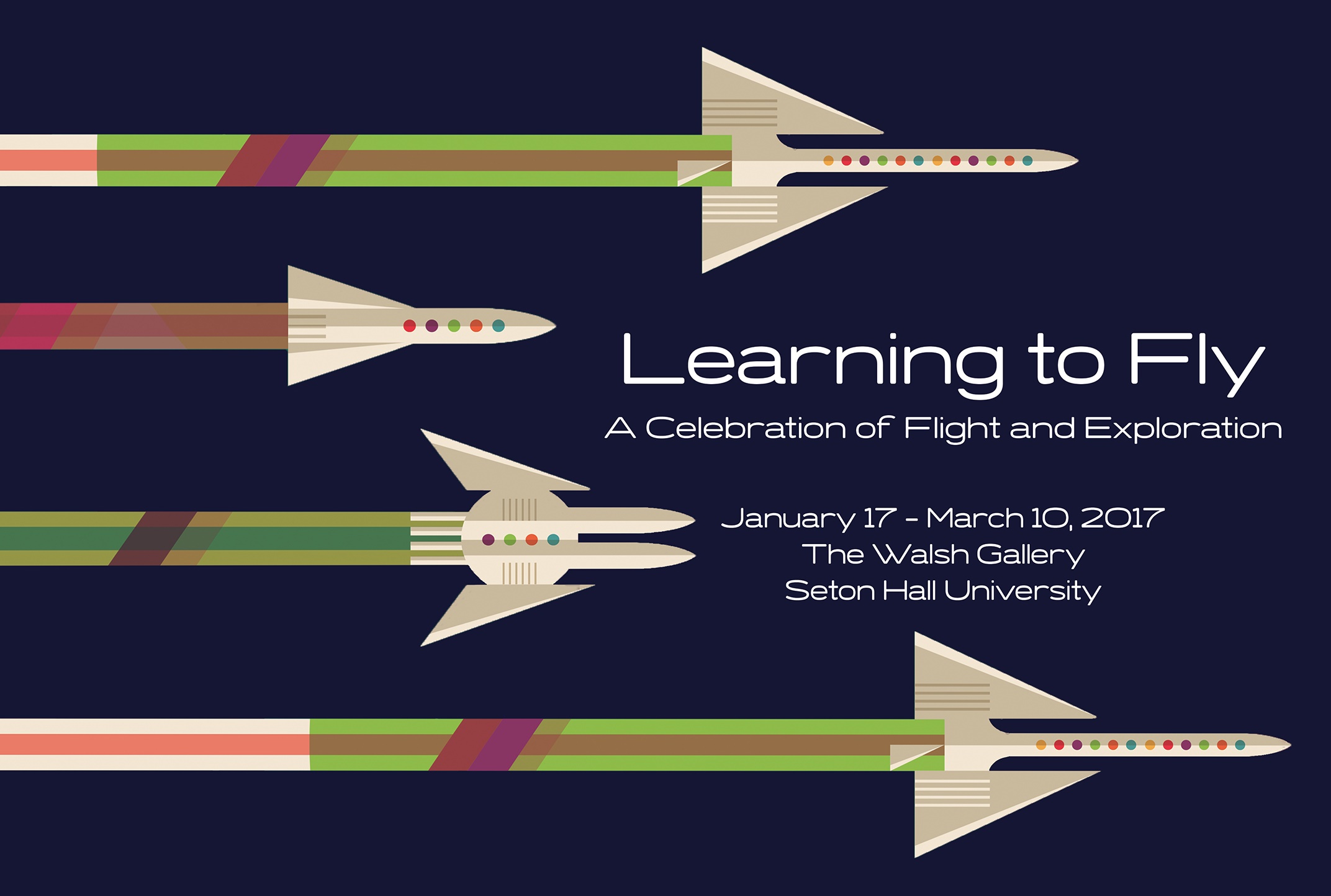