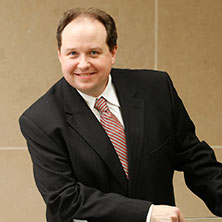 Martin S. Edwards is an Associate Professor & Chair in the School of Diplomacy and International Relations at Seton Hall University, where he teaches classes on International Organizations and Research Methods.

You are an award-winning researcher, you publish scholarly books and articles, you teach, are a media commentator and make media appearances. How do you find time to balance all these? How did you know you were any good at any of this?

What I have to do is realize my limits, and realize that there’s a lot of stuff in the news especially in the last couple of years that I could comment on, but there are other people that can certainly comment on these things and so I’m perhaps better off letting some things go. The one thing I do try to do is realize limits and focus on “media things” that are perhaps unfolding or have yet to pass, that I can comment on. So I try to position myself for those things, and that means that I kind of lie fallow for a while.

During the semester balancing teaching and writing that’s always a challenge—I think that’s a challenge for everybody. Some semesters you just have to realize that “I’m just not going to get as much done” and that’s okay. Our class work is important, especially here, we need to take that seriously.

I don’t think I look back and say “Wow I’m really good at this!” I just think I want to try, especially with media stuff right now. There is so much that the public doesn’t understand about what the U.N. does, about international economic policy. I think it should be our responsibility as learned folk to try to communicate and try to explain these things in a simple manner.

Your book came out last December, The IMF, the WTO & the Politics of Economic Surveillance. Can you talk about the book, and how it grew from your research and your interests?

A book is kind of the sine qua non of scholarship. For a while I didn’t realize that what I had was actually book size. But the more I thought about the phenomenon that I was studying the more I realized that there was a book there.

But both those institutions have a more mundane day-to-day role of giving countries economic report cards. For the IMF this is done every year. The one for the U.S. was done last July so there’ll be one this July (2019). For the WTO that’s done every 2 years, for large economies. The U.S. was just done in December (2018).

What do these reports look like? Are these reports read by government officials? Do they make a difference in policy? These things are largely understudied. It seemed to me the stuff of what international organizations do is a lot of this day-today monitoring—human rights, finance, environmental issues—that’s an entry point to understand what monitoring looks like.

I had no intention of originally writing on the WTO, but I realized this is an organization that also does the same thing and it might be interesting to compare a financial organization to a trade organization. And the two of them practice the surveillance very differently, so it’s interesting to think “is there a right way or a wrong way to study these sorts of issues? How should we best design international organizations, moving forward?”

Since the book’s publication, what has been the response from either the IMF or the WTO?

The IMF is reviewing surveillance next year, they do this every couple of years. And I was actually down in Washington D.C. and walking them through what I had found. And what I had found was—which they weren’t very fond of, but that’s okay— that even in a time that you would expect the fund to have an influence which was in 2011, when we’re talking about raising the debt ceiling and that was at the same time one of these reports was coming out, these reports didn’t make a ripple. They weren’t discussed in congress, they weren’t discussed in the media. Similarly for the WTO you would think a lot of our discussions about what the WTO finds about China would be of interest. That also doesn’t make a ripple on Capitol Hill, it doesn’t make a ripple in the media.

IMF staffers weren’t really pleased to be told “Hey, you guys have some work to do.” They do face a basic challenge of how do you explain details about fiscal policy to a citizen audience that isn’t terribly well-versed in economics?

I’m hoping that there’ll be a bit of an impact; they certainly know that I’m watching them. I’m practicing surveillance of their study on surveillance, and so we’ll see what happens.

How reliant are you on the resources and services Seton Hall University Libraries makes available—books, electronic resources, interlibrary loan?

If we didn’t have these tools, I couldn’t have written this, period. There are a number of ways in which the library helped. Interlibrary loan helps to leverage what we don’t have and get it for us. At one point last spring I had to re-write the literature review of the book, and there were probably about two dozen requests I placed in a day and a half!

I used the Lexis-Nexis database incessantly, because we had to figure out what newspapers said about these reports. That was a vital tool and if we didn’t have it, it’s not clear what I would have been able to do.

I’ve tried to use my email inbox to make my scholarly life easier. I have alerts for journals that come in. When a journal that publishes on the sorts of stuff that I find of interest comes out, I get those tables of contents. I have Google Scholar alerts that track individuals who are writing on these sorts of things, as well as generic searches for “IMF”, “global governance”, “international organizations”.

Those things pop up in my inbox every morning, and it’s an incredibly easy way for me to stay on top of the field. I’m amazed the technology has made this part of my life simpler.

For students who are new to the research and writing process, or your own students, what advice do you give them? How do you guide them so they don’t get overwhelmed?

For me, when I got to where I went to undergrad, where I went to graduate school, one of the first things I did was just go to the library. Just walking around and getting the lay of the building is really important, just so you can see different things.

For many students these are skills that they were never trained at in high school. What I try to do is model best practice—I remind students that it’s important to stay current in the news. I will send them every Monday a list of links, and these are articles I come up with on social media often and send them in an email, and they get to see the stuff that we talked about in class last week, here’s how this maps out. Being literate in the media does not mean reading the news that comes up in your Facebook feed.

The other things I try to do is walk students through what to use and what not to use. Google is a great tool for getting movie times, but as a tool for research it’s not designed that way. I try to walk students through books versus journals. It’s often common that students will think that they need to read books, and sometimes the empirical work that they need to see for a research project is never going to be in a book it’s more likely in an article.

For us the critical partner for us has been the library liaisons. They are willing to work with students one-on-one, and provide backup in ways both large and small for faculty; it makes my job a lot easier. I have graduate students that might not feel comfortable with how libraries work. It’s nice to be able to have a resource that we go back to. I always have the name of our library liaison in my syllabi, as a way to help students connect the dots, and help students realize where one can go to get further help.