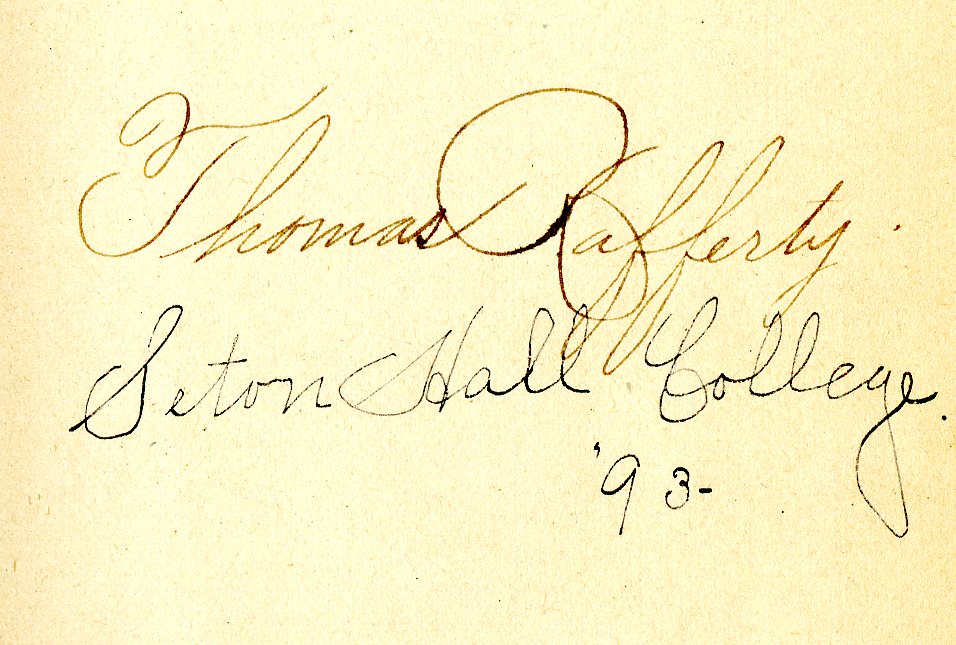 January 23rd marks National Handwriting Day which was established in 1977 to promote and celebrate the usage of writing instruments from the quill to ballpoint pens along with the paper upon which such methods as cursive, script, and other self-expression is put into print for posterity.  This particular date was also chosen to commemorate the birthday of John Hancock, first Autographer of the Declaration of Independence who arguably has the most famous signature in American History.  However, the story of handwriting can be traced further back in time.

Written communication can be traced back to Ancient Rome (c. fifth century AD) that was built on contributions from other founding civilizations and in the process became an important means of non-verbal communication and by extension preserving the word of the author for future reference.  As this practice caught hold and moving forward to other eras, the Medieval period has been noted for manuscripts reproduced by cloistered monks who patiently and expertly provided copies of texts (mainly Christian and classical-based) as an important service to humanity as a means of promoting literacy and inspire deeper learning opportunities than ever before.  With the advent of the Printing Press during the sixteenth century this lessened the need for handwritten, mass produced works and ushered in a new era of mass-produced writings.  Despite this invention the trade art of “penmanship” still became a sought after skill set especially in the documentary establishment of the American Republic and as the nation grew in size and population where school systems, mail service, and other forums for handwritten communication were created.

With the establishment of the United States and moving into the nineteenth century, a bookkeeper named Platt Rogers Spencer who adopted a method to teach cursive writing that was captured in various textbooks and made its way to various schools and colleges to help students improve their respective writing styles.  Eventually print and cursive developed into various methods side-by-side in the dawn before typewriters and later computers would help with journaling and interpersonal communication.  Overall, expanded technology has superseded the need or want to write as a matter of preferred course.  More information on the historical evolution of handwriting can be referenced via the V-Letter and History Channel sites found via the links located below . . .

Although handwriting is not in vogue in the present day except for the most part among those who prefer traditional forms of communication and to “jot down” information, but if nothing else a personal signature and/or requested autograph are at the very least a form of handwriting that has held on as a mark of personal identification and shows that the practice has not departed altogether.  These examples are true to life within the world of Seton Hall academic life where note-taking is now mainly done via a computer laptop, etc.  But there is always a place for handwriting to remain even though it is rarer to find schools that teach this craft in full, or even the elementary level basics nowadays.

When looking at historical textbooks and examples within our Rare Book Collection there are a pair of texts found that show how the student of the nineteenth century learned the finer art of taking their writing skills into advanced applications.  The following works include the following texts . . .

A volume entitled: Five Hundred Mistakes of Daily Occurrence in Speaking, Pronouncing, and Writing the English Language, Corrected. (New York: D. Burgess & Co., 1856) [Call Number: PE1460 .B8 1856] is one that saw print in the same year that Seton Hall College was founded.  Within this book, the modern reader can see what some of the most common errors and correct approaches were made among the student body of yore.

Within this volume you can see five hundred individual examples from the first . . .

“THE business would suit any one who enjoys bad health.”  [From an advertisement in a daily newspaper of New-York.]  Few persons who have bad health can be said to enjoy it.  Use some other form of expression: as, one in delicate health, or, one whose health is bad.”

The last direction which this little book will give on the subject with which it has been occupied, is one that long ago was given in the greatest of books – “Let your conversation be as it becometh the Gospel of Christ.”  If obedience to this injunction may not guard him who heeds it against the commission of such mistakes as are numbered in this catalogue, it will not fail to lead him out of the way of errors more grievous and solemn.” 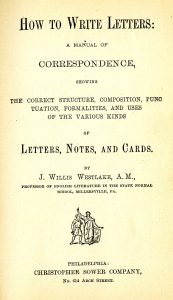 More specific to Setonia, is the book entitled – How to Write Letters: A Manual of Correspondence Showing the Correct Structure, Composition, Punctuation, Formalities, and Uses of the Various Kinds of Letters, Notes, and Cards by J. Willis Westlake (Philadelphia: Christopher Sower Co., 1876) [Call Number: PE 1485 .W4 1876]  Our version was once owned by a former student – Thomas Raftery, ’93 who not only possessed this copy, but along with the book, but also found within the text block was a letter from his mother that shows a perfect example of cursive writing from that period.

Along with their primer in tow, Mr. Raftery would have encountered a core curriculum that was totally structured and included detailed classes in English Composition along with optional instruction in stenography and/or drawing (for $50.00 per annum apiece) to help with his writing practice and perfecting his form.  Even though Mr. Raftery attended the school for a brief time without graduating he did have the basic tools to aid with his writing efforts.  This is one of many examples that features unique handwritten registers, letters, and other documents based content that have been transcribed and preserved in our repository.  These materials are available to researchers for exploration and perspective on handwriting styles and content that have been created through sight and hand alike.

For more information on the other 498 Mistakes, see other examples of handwriting in the name of academic life and administrative business, and other aspects of handwriting along with the Rare Books and Seton Hall History feel free to reach out to us via e-mail at: Archives@shu.edu or by phone at: (973) 275-2378. 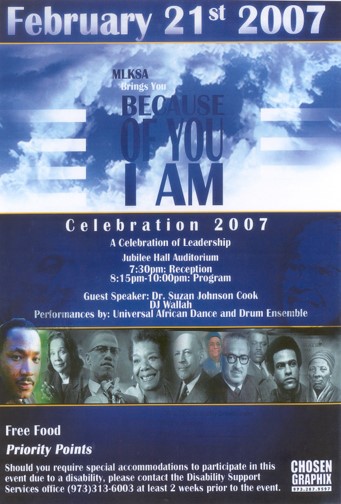