Within the Rare Book Collection of the Seton Hall University Archives & Special Collections Center are a number of volumes from the St. Nicholas Illustrated series.  Although no longer published, St. Nicholas was a popular children’s monthly that achieved popularity during the late 19th century. 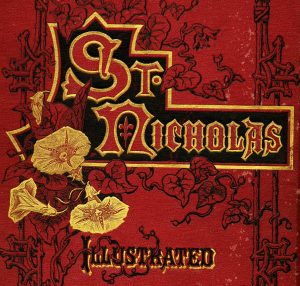 First published in 1873 by Scribner & Company publishers, this magazine dedicated its pages to featuring quality short stories, poems, and other creative writing examples about a wide-range of topics penned by novice and experienced writers alike including Louisa May Alcott, Mark Twain, and Joel Chandler Harris to name a few.  Pieces that saw print were often accompanied by stylized black and white illustrations and wood engravings that complimented the text. 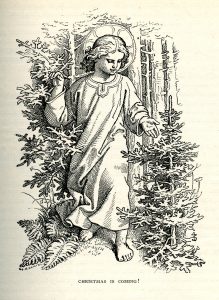 During its peak years, single issues St. Nicholas arrived in mailboxes monthly and achieved an average subscription rate of 100,000 readers.  Publishers worked on other ways to attract further readership and show its aesthetic quality throughout its run.  This manifested itself through the option of purchasing bound copies for a particular year(s) with a specifically designed cover to better showcase the magazine as shown above. 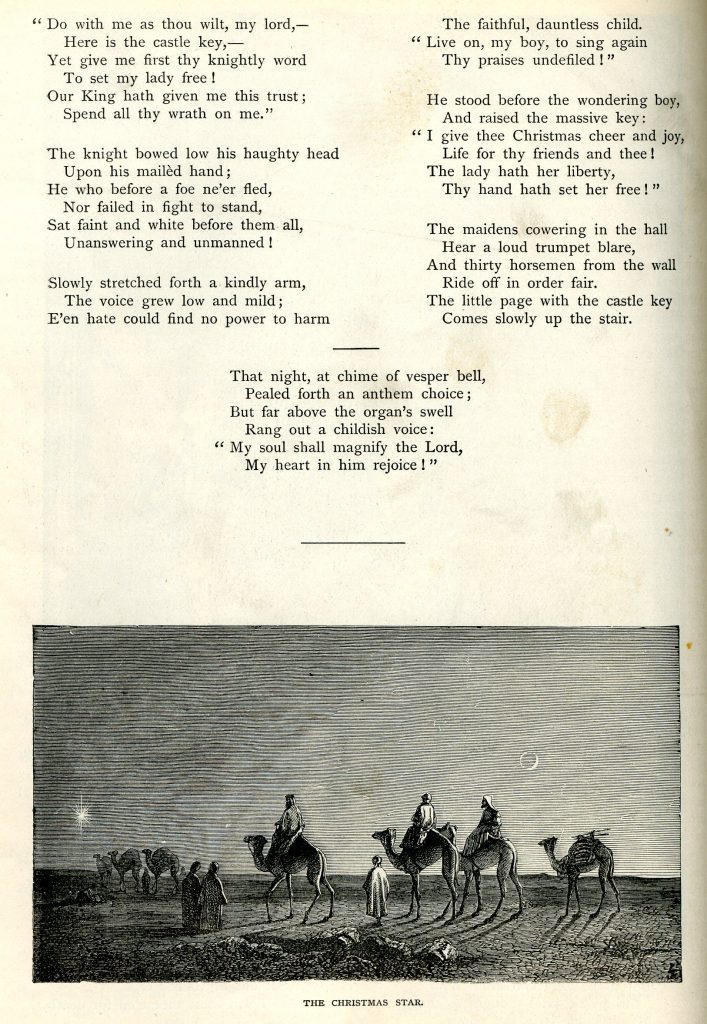 After seven decades, the magazine ceased operations by 1943 as readership diminished during the war years, but the existing copies that have been preserved offer an illuminating insight into juvenile literature of another age.  Additionally, St. Nicholas and its Christmas-centered themes that were written in honor of the holiday and celebrating a wide-range of aspects that touched on everyday life is part of its lasting legacy.

For more information on St. Nicholas Illustrated and our Rare Book collections please contact us at: Archives@shu.edu or by phone at: (973) 275-2378.