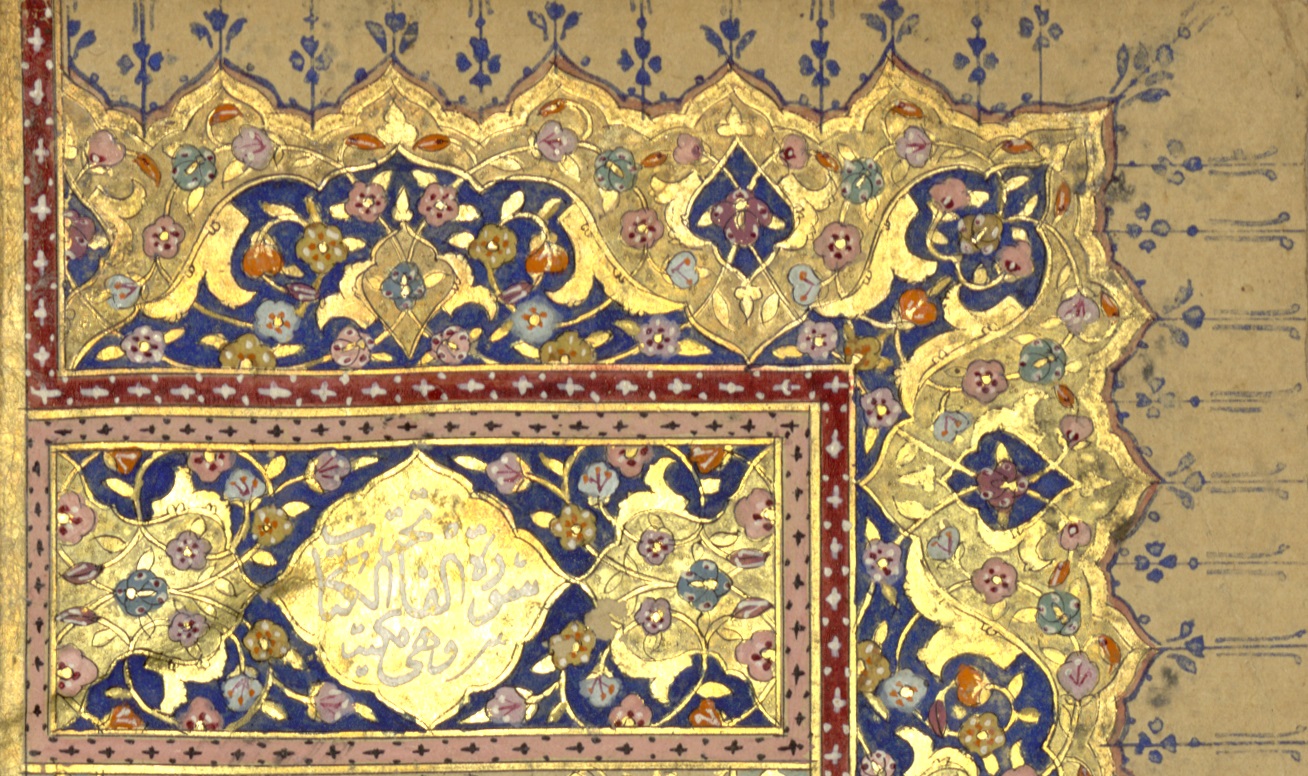 The Archives & Special Collections Center in collaboration with the Digital Humanities Committee recently had conservation work and digitization performed on a 17th century illuminated manuscript Qur’an from the rare book collection. The Qur’an was originally brought from Lebanon by Edwin D. Hardin, who was a missionary stationed at the American University of Beirut from approximately 1900 to 1915. It first came to Seton Hall in 2003 when it was featured in a Walsh Gallery exhibition entitled The Beauty of Sacred Texts: Celebrating the 50th Anniversary of the Institute of Judeo-Christian Studies. The lender, Mr. Peter Kennedy, had intended to gift the volume to the University and in 2016 donated the Qur’an to the Archives & Special Collections Center.

The Qur’an was sent out for conservation in order to stabilize it for digitization and handling. The volume had undergone some previous repairs and was re-bound sometime during the 18th or 19th century. The envelope flap, which extends from the back cover of the volume and folds up to cover its fore edge, was very weak at the hinges and became detached during the conservator’s examination. The binding was also failing, causing some leaves to loosen and begin to detach. We sent the volume to Etherington Conservation Services in North Carolina, where conservators reattached and reinforced the envelope flap, repaired minor damage to the covers, re-sewed the binding, and re-covered the spine. While the binding was removed, they scanned the pages to create a digital copy of the book.

As a result of this work, this historic Qur’an is stable enough for handling and display, and the digital images can be made available online. This will allow researchers to view the Qur’an’s beautifully illuminated pages and intricate marginal decorations without putting stress on the volume. It will also open up many possibilities for research projects, such as a potential project to decipher and translate the annotations that appear throughout the volume. The digital collection is coming soon! 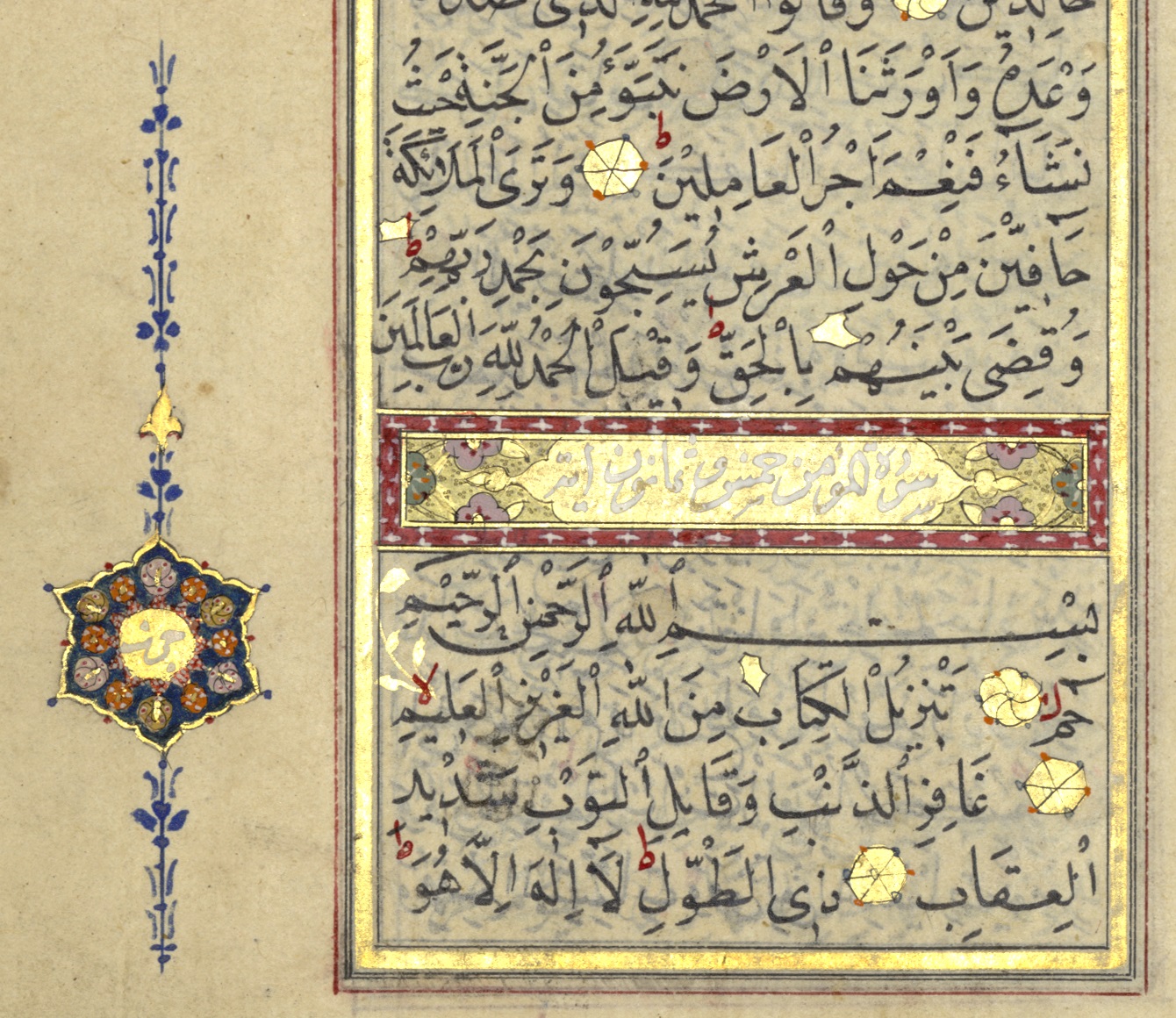