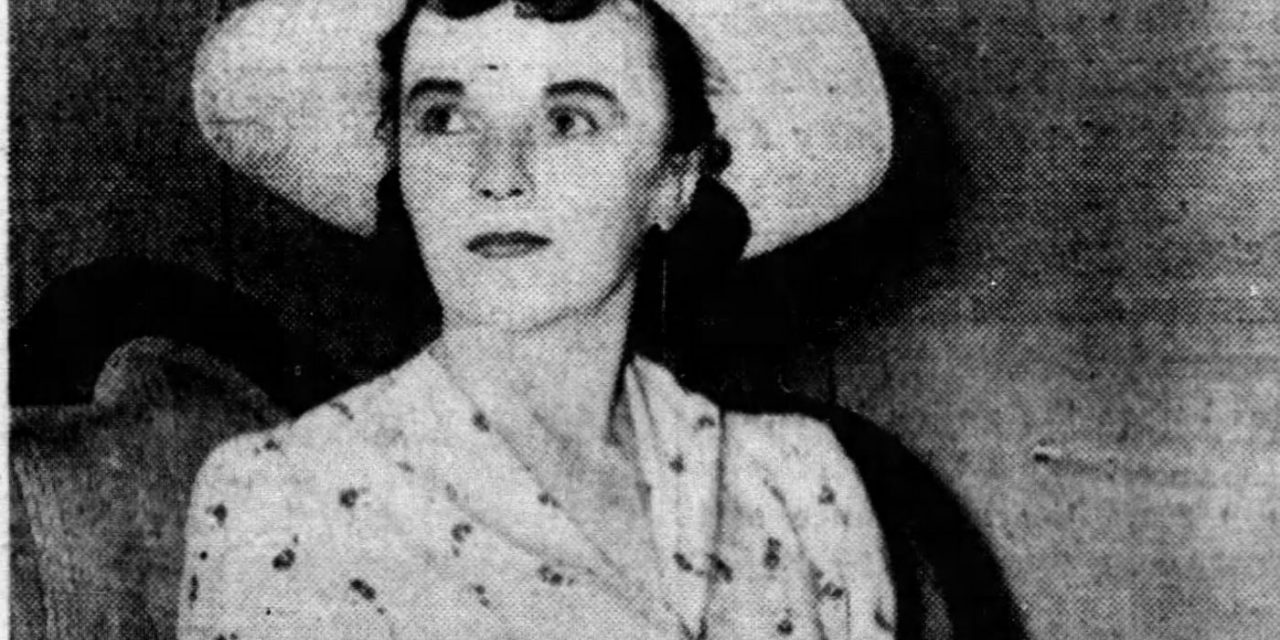 The evidence against Ursula Parrott was extensive. She was spotted speeding out of a U.S. Army installation in Miami Beach, Florida, with Private Michael Bryan, 26, in the backseat of her car. Bryan, who was serving a 30-day sentence for being A.W.O.L., had received visits from Parrott on five consecutive nights. Prior to driving off the base together, the two were reported to have spent two hours “seated in the rear of her automobile.”

Nevertheless, an all-male jury acquitted Parrott after only 12 minutes of deliberation. The 40-year-old writer of best-sellers including Ex-Wife, who is in the midst of her fifth divorce, was accused of “impairing the loyalty and discipline of the fighting forces.”

Parrott denied that she and Bryan were lovers and instead offered an unusual explanation for her presence on the Army base. She claimed she was working undercover to aid a federal narcotics investigation based out of New York. According to Parrott, she used Pvt. Bryan as a decoy while she was trying to uncover the unlawful actions of men she had discovered selling drugs to military personnel.

Parrott explained that she drove Bryan out of the stockade out of impulse, saying “I only wanted to treat him to a nice dinner as an apology for causing so much turbulence.”

She acknowledged that no law enforcement agents had asked her to assist them on any narcotics investigation, but claimed that she did so on her own initiative.

However, sources from the stockade claimed that during one of Parrott’s visits with Bryan, the couple “appeared to be making love in the rear of her automobile.”

In instructions to the jury, the judge explained what would or would not constitute a crime: “If the soldier had no intention of deserting when Parrott drove him out from the stockade, then she could not be found guilty of aiding or harboring a deserter.”

Unable to prove Pvt. Bryan’s intentions at the time of the alleged crime, assistant district attorney Ernest L. Duhaime stuck to relating the incident yet again. The defense responded with a move that surprised the courtroom when Parrott’s attorney, Bart Riley, only said, “Your honor, the defense waives argument.” 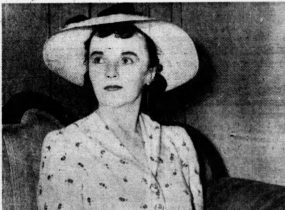 Novelist Ursula Parrott, who was acquitted of aiding or harboring a deserter.

Although Parrott was cleared of all charges, Bryan was not so fortunate. He was sentenced to incarceration for one year after being found guilty of desertion. This is a relatively lenient punishment, as sentences for such a crime go as far as execution.

In an interview after she was acquitted, Parrott recounted the exchange that took place between her and Pvt. Bryan on the night they left the stockade.

“I’ll show you,” she responded, starting the car and driving past the armed guard.

“Look out, the guard will shoot!” the private alerted Parrott.

“Let him shoot,” she responded.