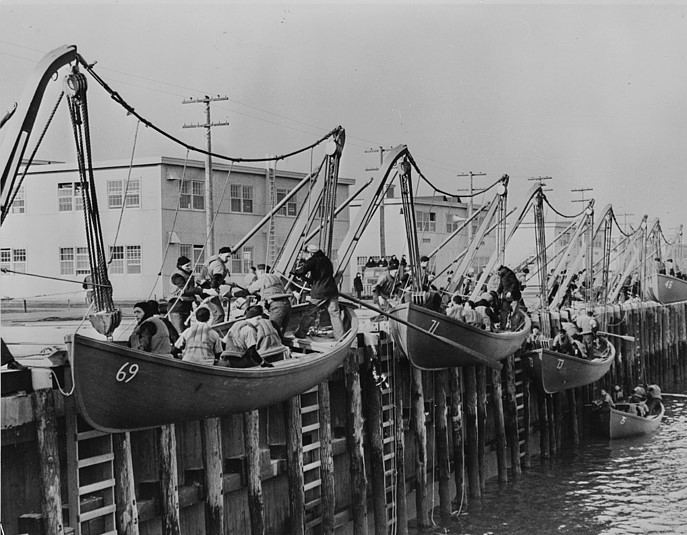 There is a light breeze as merchant marine sailors walk the decks of a United States fleet. Off in the distance, small waves crash into the European coast. It is these few miles at sea that will determine whether or not the passengers on board reach the beach as well.

The enemy could be lurking just below the surface, ready to strike at any moment. Somewhere in these waters could be the Germans, ready to attack by way of submarine. Torpedoes could fire away at any minute, sinking the sailors and the cargo aboard, thus keeping it out of Allied hands.

Frank H. D. Woodhall, a steward on a United States vessel, recalls watching on as the Nazi destroyers picked off parts of the fleet around him.

“All we could see were the torpedo flashes and the distress flares that were sent up after a ship had been hit,” the 47-year-old said of an Atlantic voyage. “All we could do was keep on our life jackets as well as our shirts and hope for the best.”

Woodhall was injured in the attack on his fleet, but both he and his vessel were able to recover. Not everyone who sails is so lucky. The risk of attack is one the merchant men are aware of. It is what they signed up for.

With the United States now part of a conflict that spans the globe and two oceans, no service members are at greater risk than those who work as mariners. With U-boats, island hopping and constant sea travel all obstacles in this war, it is predicted that no unit will see higher causality rates or the loss of more equipment – such as ships – than the merchant marine. 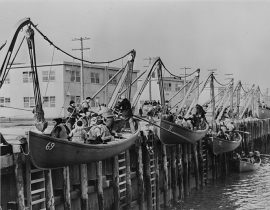 Apprentice seamen training for the merchant marine in Brooklyn, New York. From Library of Congress.

The merchant marine has many responsibilities, especially now that America is at odds with several global powers. Generally, war or not, it is the job of the merchant marine to carry passengers and various cargo – goods, supplies or, in the case of combat, weapons – through navigable waters. Of course, not nearly as much of the planet’s water is navigable these days. In times like these, merchant men and fleets, sometimes privately owned and contracted by the government, are used as a much-need resource by the United States Navy and other parts of the military when necessary. Merchant men sail and maintain deep-sea merchant ships, tugboats, towboats, ferries and charters, all of which are presently at the disposal of the war effort.

The merchant marine actually predates the United States Navy, as well as the United States Coast Guard. While those divisions were not created until the 1790s, the merchants, then strictly privateers, were active during the Revolutionary War. The merchant marine has been active in American wars ever since, playing vital parts in the Civil War and the Great War. It was then that American sailors were first introduced to German subs and the perils that accompany them.

While the United States only officially entered this new war in early December following the events of Pearl Harbor, the merchant marine has been dealing with Nazi attacks for some time now. The United States, while not technically at war, had been supporting the Allies for quite a while, supplying them with guns, ammo and other military essentials. It was months ago the German chancellor Adolf Hitler first threatened to attack any American ships heading for Europe.

Since then, any Americans brave enough to venture such waters have been in jeopardy.

The work performed by these brave sailors is not exactly glamorous. The job entails lots of heavy lifting, long periods of time spent traveling and cramped living quarters. Of course, there is also the chance of death, which is why the lives of merchants have been offered a $5,000 “war-risk life insurance policy” since Dec. 22. In addition, bonuses retroactive to Dec. 7 are expected to soon be approved for sailors by the United States Maritime Commission.

The Maritime Commission said it made it a point to quickly offer these incentives so that those serving their country knew their families would be taken care of before they set sail.

“Each member of the crew of any merchant vessel documented under the laws of the United States and covered by the statement of principles adopted by the maritime conference, including such vessels as are now at seas, shall be insured against loss of life due to risks of war in the amount of $5,000 on all voyages (such insurance to be effective throughout the entire voyage and until such member of the crew shall be landed to a place within the continental United States including Alaska),” the Maritime Commission said in a statement.

There are, however, some exceptions to this merchant marine insurance policy. The coverage only applies to those cruising waters deemed dangerous, so any incidents on the likes of Key West, the Gulf of Mexico, Havana or waters inland of the United States will not be insured. In other words, this policy is strictly for those in enemy waters.

The Maritime Commission is doing its best to recruit more merchant men. The group announced it will be using local state employment offices in Illinois, Indiana and Wisconsin to enroll thousands of young mariners as the country offers free training. Those interested in joining need to be between the ages of 18 and 23 and of “good health and character.”

They also need to understand the potential dangers their job entails.

As merchants like Woodhall can attest, the open ocean is not always as calm as it looks.

“The merchant seamen,” he said, “are taking one hell of a whipping in this war.” 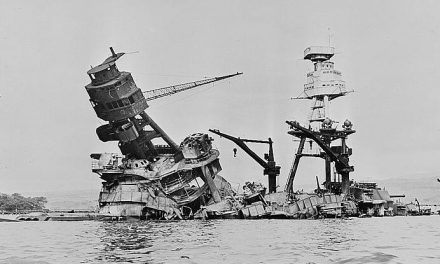