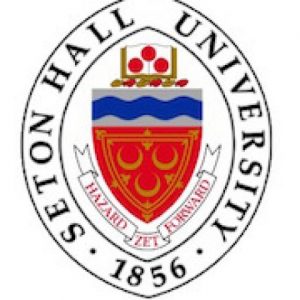 The most recent findings of the Seton Hall Sports Poll were featured in media across the United States and beyond and included traditional news articles, Tweets, podcasts and radio shows.

Topics for this latest poll included the public perception and viewership of soccer and the upcoming World Cup; the number of American households who have either bought or sold cryptocurrency or NFTs; the drop in subscriptions to cable and satellite over the course of the last year by sports fans; the public’s feelings on the need to speed up Major League Baseball games; and, considering the emergence of the USFL, whether Americans like the idea of a spring football league.

Speaking about the results of the poll overall on such topics as spring football, perceptions of soccer and especially the finding that sports fans would like to see a “sped up” game in MLB, Marketing Professor Daniel Ladik, who is the Poll’s methodologist, appeared on 96.9 FM The Game. The interview is available on “The Beat of Sports,” a syndicated sports radio show headquartered in Orlando, Florida.

Also reporting on the poll’s findings regarding the speed (or lack thereof) of Major League Baseball was Darren Rovell, who Tweeted to his two million followers:

61% of self-described avid sports fans, in a new @HallSportsPoll, say MLB games are too slow. 66% of avid 18- to 34-year-old sports fans say they would be more likely to watch MLB games if they were shorter.

Professor Ladik also appeared in a feature interview with Grant Wahl, considered by many to be the premiere soccer writer in the United States. A portion of that interview is available on Futbol with Grant Wahl and the entirety available with a paid subscription.

Regarding the Poll’s findings on soccer, the player’s association for the US Men’s National Soccer Team also featured them in an article entitled “The Changing Perception of Soccer in the United States.”

Daniel Kaplan from The Athletic, also reported on the soccer findings, noting that:

“When told of Qatar’s human rights record, 51 percent of sports fans say they are less inclined to watch this year’s World Cup, according to a Seton Hall Sports Poll. Maybe, but if USMNT wins some viewership will follow. Bigger issue is conflict with NFL season.”

The Sports Poll also queried the public on cryptocurrency and NFTs, with the findings featured by the Sports Business Journal as its “Daily Digit,” noting:

57% — Percentage of self-identified “avid sports fans” who have owned either an NFT or some form of cryptocurrency, according to the latest Seton Hall Sports Poll results. In the general U.S. population, 24% of households in the U.S. have owned either or both. Among sports fans, that number grows to 34%. The poll was conducted May 5-9 and includes responses from 1,514 U.S. adults with a margin of error of 3.2% (Seton Hall Sports Poll).

‘Although we are in the early innings of crypto and NFT ownership, sports fans have shown a real proclivity for engagement in these markets,’ said Daniel Ladik, a Seton Hall marketing professor and poll methodologist.

‘If managed effectively, NFTs could become a major source of revenue as well as a new avenue of fan connection for sports brands. In a digital age, interactive assets like NFTs can drive a sense of holder equity and belonging – key attributes for brand success,’ he added.

Decrypt, a leading news source in the world of crypto, also ran a story on the findings, “Sports Fans Twice as Likely to Buy Bitcoin, Ethereum, NFTs,” as did O’Dwyer PR (“Sports Fans Cheer CryptoCurrency, NFTs“) and a plethora of other websites and media outlets devoted to cryptocurrency, advertising and public relations.

Drop in Subscriptions to Cable and Satellite

Regarding the findings on the drop in subscriptions to cable and satellite over the course of the last year by sports fans, The Sports Business Journal presented them in its “Daily Digit,”

The Sports Business Journal also featured the poll’s findings on spring football via the USFL, noting: