South Orange, NJ, February 25, 2016 — Despite recent accusations hurled at Peyton Manning over PED use (by Al Jazeera) and his behavior in college, his approval ratings remain high among the American public and seemingly not influenced by the negative publicity at all.

The Seton Hall Sports Poll asked 762 adults across the country (using landlines and cellphones), for approval or disapproval on a number of star athletes this week. Manning had a 68% approval rating, with only 3% disapproving of him. This is consistent with previous Seton Hall Sports Polls — in fact, his highest approval (or favorable) rating yet. (The poll has a margin of error of +/- 3.6%).

After James left Cleveland for Miami with a press announcement that was not well received, his approval was 40%, his disapproval 16%. (Seton Hall Sports Poll, November, 2010).

“It seems right to say that he has recovered from that PR blip of six years ago,” noted Rick Gentile, director of the Poll, which is sponsored by The Sharkey Institute.

Manning’s Super Bowl victory also led the results in a question of which recent accomplishment was most admired, but his 37% was not that far ahead of a strong 31% for runner Becca Pizzi, who completed seven marathons on seven continents in seven days. Bryant’s All-Star farewell had 14% and Denny Hamlin’s Daytona 500 victory had 7%. (Among women, Pizzi’s accomplishment was a virtual dead heat with Manning’s Super Bowl win, with 34% to Manning’s 33%).

PED Use Ban
New York Mets relief pitcher Jenrry Mejia recently became the first Major Leaguer banned for life after testing positive for a banned substance for the third time. 47% felt the punishment was right, and only 7% considered it too harsh. 32% thought it should have been banishment after one or two failed tests.

Ticket Purchasing
Respondents were also asked about their ticket buying habits for sports events. 43% said they bought sports tickets online, with only 18% saying “the box office.” 19% said they got them from friends. Ticketmaster outpolled StubHub 55% to 26% as the go-to choice, but when asked if they would likely go to a site with a relationship to the team, 56% said yes.

Looking Forward to…
Asked what event they are most looking forward to, respondents gave a slight nod to the NCAA basketball tournament with 30% to the start of baseball season at 28%. The NBA playoffs drew 17%. Among African-Americans, the result was heavily in favor of the NBA (48%), with the NCAA at 27% and MLB at 13%).

Rick Gentile will do a Podcast on this poll with Seth Everett. To stream, : http://www.blogtalkradio.com/setonhallsportspoll. To download: https://itunes.apple.com/us/podcast/seton-hall-sports-poll/id1053266467?mt=2

About the poll:
This poll was conducted by telephone February 22-24 among 762 adults in the United States. The Seton Hall Sports Poll is conducted by the Sharkey Institute.

Should be after first time 16

(IF NONE SKIP NEXT 3 QUESTIONS)

(IF OTHER THAN “ON LINE” SKIP NEXT 2 QUESTIONS)

more likely to go to them first?

Now I’m going to ask you your opinion of several prominent sports figures. Please tell me whether you approve, disapprove or have no opinion of the following people: 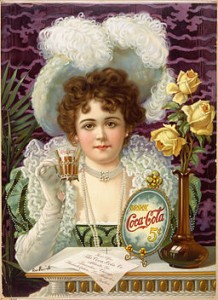