Pitch Clock and PitchCom have major support from younger demographic.

South Orange, NJ May 18, 2022 – Are Major League Baseball games too long? “Yes” say 61 percent of self-described avid fans and 52 percent of sports fans, according to a new poll.

Of those surveyed, just 32 percent of avid fans and 37 percent of sports fans said “no, games are not too long.”

The poll was conducted by the Seton Hall Sports Poll May 6-9 across 1,512 adults throughout the United States. The poll features a national representative sample weighted on U.S. Census Bureau figures for gender, age, ethnicity, education, income and geography and has a margin of error of +/- 3.2 percent, with margins for subgroups higher in accord with smaller sampling size. 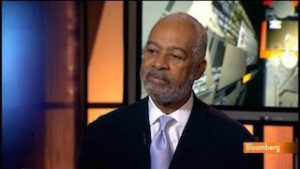 “Baseball has long been considered America’s pastime,” said Professor Charles Grantham, Director of the Center for Sport Management. “But perhaps Americans don’t have that much time to pass in the 21st century. By and large sports fans – particularly younger fans – would like a faster game. At the same time, baseball, more than almost any other sport, is a game of tradition and some fans are reluctant to accept change.”

Would You Watch More if the Games Were Shorter?
When asked whether they would watch more baseball if the games were shorter, a generational gap appears in the data, with double digits separating the youngest from the older demographics. This gap is highlighted by a 21-point difference between fans aged 18-34 and those 55 plus.

Age Breakdown for Would You Watch More

Speed Up The Game?

The length of games is an issue that MLB has attempted to address with several initiatives and proposals over recent years to speed things up. The findings of this most recent survey of the American public would seem to indicate that MLB is a) correct in attempting to do so and, b) still has work to do. Respondents to the poll were asked how they felt about certain measures designed to speed up the game.

Pitch Clock? 68 Percent of Avid Fans Say Yes
One such measure, coordinated across the minor leagues, included a pitch clock giving pitchers 14 seconds to deliver a pitch or 18 seconds with runners on base. Amongst a sample of 132 games, 20 minutes on average were reduced from games.

Presented with that evidence, respondents were asked whether MLB should adopt a pitch clock and 68 percent of avid fans and 54 percent of sports fans said yes, with only 23 and 25 percent respectively, opposing it, showing more than a 2 to 1 margin in favor of the pitch clock.

55+
Among the oldest demographic, ages 55 plus, support for the pitch clock was 65 percent among avid fans and 45 percent among sports fans. Just 20 percent of the avid fans in this oldest set opposed, and 27 percent who described themselves as fans said likewise.

PitchCom Has Wide Support, 3 to 1 Margin for Avid Fans
Another idea the executives at MLB are exploring to speed up the game is the new PitchCom system, already adopted by many teams. The system, introduced this year, allows pitchers and catchers to communicate digitally without hand signals using technology to verbally communicate through a band in the pitcher’s cap. The system is also thought to be a way to reduce sign stealing.

When polled about the new PitchCom system, 68 percent of avid fans and 54 percent of sports fans said they are in favor, with only 21 and 24 percent respectively opposed, a 3 to 1 margin for avid fans, more than 2 to 1 for fans.

Age Breakdown for PitchCom Support
Broken down by age groups:

18-34
Among those 18-34, avid fans support the use of the new technology by 71 percent to 20 percent.  Among sports fans, PitchCom enjoys 60 percent support with just 23 percent opposed.

Although there is support for PitchCom among those aged 55 and up, it is not as great. Among avid fans in the oldest age group, 52 percent support it with 22 percent opposed. Among sports fans in general in this age group, just 42 percent support the use while 26 percent are opposed. 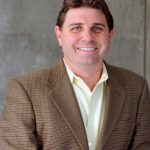 “Even an established product needs to fine tune on occasion and listen to contemporary customer requirements,” said Seton Hall Marketing Professor and Poll Methodologist Daniel Ladik. “These latest innovations from MLB – which have a great deal of support amongst the younger demographic – shows that the league has taken to heart the needs of what it hopes is its future fan base.”

Questions with charted breakdowns below; an online version of this release may be found at http://blogs.shu.edu/sportspoll/

This SHSP was conducted May 5th through May 9th and includes responses from 1,514 US adults with a margin of error of 3.2%. The sample mirrors the US Census percentages on age, gender, income, education, ethnicity, and region.

Q1. Which, if any, of the following statements best describes you?

And now, a few questions about Major League Baseball (MLB)

Q4a. In your opinion, are MLB baseball games too long?

Q4a. In your opinion, are MLB baseball games too long? [By Fan Level & Age]

Q4b. Would you watch more MLB if the games were shorter?

Q4b. Would you watch more MLB if the games were shorter? [By Fan Level & Age]

Q4c. Multiple minor leagues have tested a pitch clock in their baseball games with the goal of speeding up play. Pitchers have 14 seconds to deliver a pitch and 18 seconds when runners are on base. Across 132 games, 20 minutes on average were reduced from games. Should MLB adopt a pitch clock?

Q5a. In the major leagues, MLB has introduced PitchCom this season. PitchCom is a communication system between the catcher and the pitcher whereby the pitcher receives verbal pitch selection prompts through a band in his cap. The traditional way is via hand signals, and many believe this slows up the game and leads to sign stealing (i.e. the opposing team knows what pitch is coming). Are you in favor of MLB using PitchCom?

Q5a. In the major leagues, MLB has introduced PitchCom… [By Fan Level & Age]

Q5b. Presently, PitchCom is not mandatory, and some teams are still using the traditional hand signals. Are you in favor of MLB mandating PitchCom?

Q5b. Presently, PitchCom is not mandatory, and some teams are still using the traditional hand signals. Are you in favor of MLB mandating PitchCom? [By Fan Level & Age]