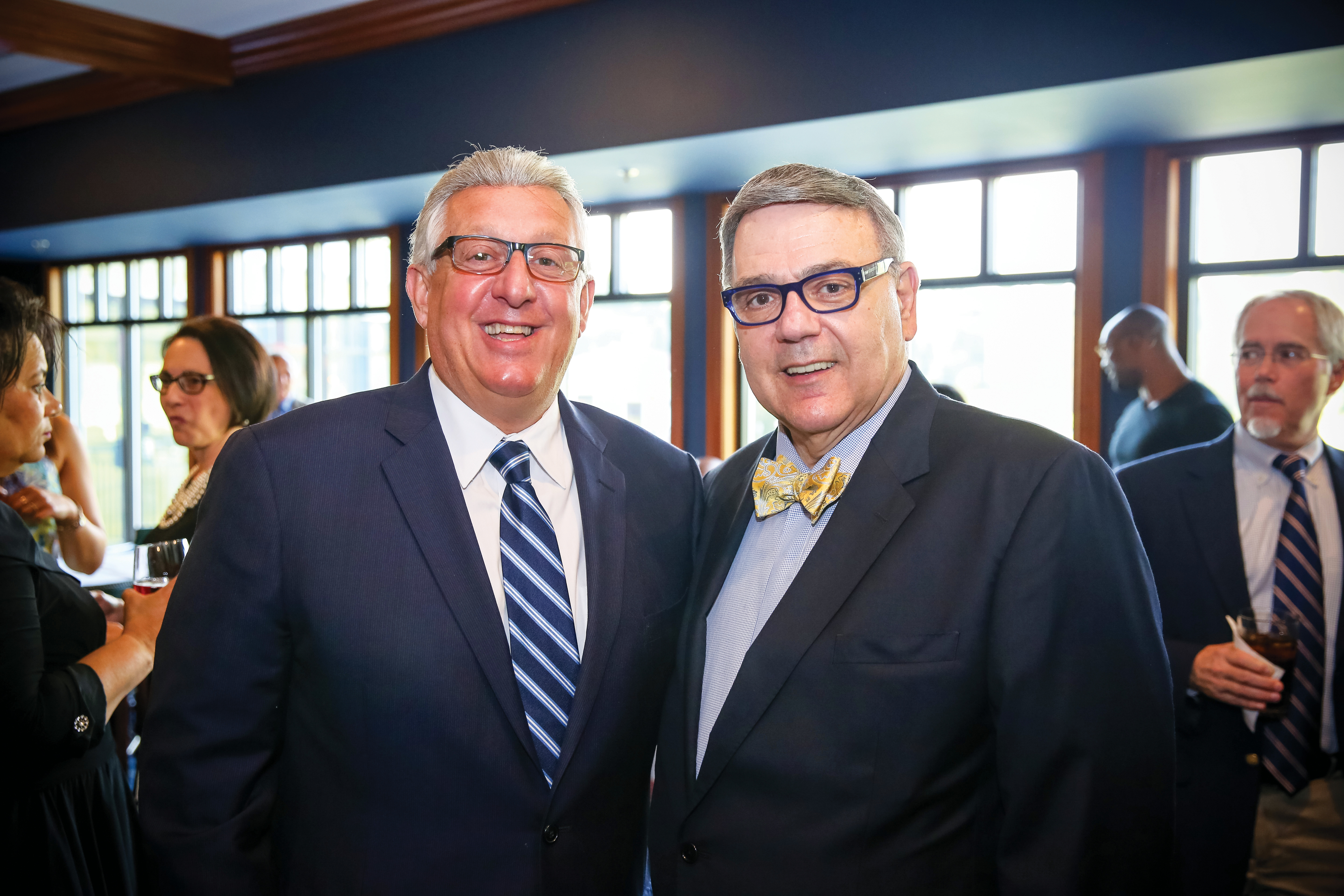 John J. Petillo, ‘69/M.A. ‘71, Ph.D., served as the University’s first chancellor from 1983 through 1989. He was only 36 when appointed, and over the course of his six years in the post he was at the forefront of what became known as the “Seton Hall Renaissance,” which included a large number of building projects and campus beautification plans. On the 50th anniversary of his graduation from the University and 30 years after his final year as chancellor, Seton Hall magazine checked in with Petillo, now president of Sacred Heart University in Connecticut, for his reflections.

What are some of your most treasured memories —as a graduate and former chancellor?

As a graduate, I remember the great friends I made as a student. I remember Seton Hall as a very engaged place. Looking back at the chancellor years, I would refer to them as transformative. There were a lot of energies that needed to be uncorked and focused. In the five years prior to my arrival there had been three presidents, so that lack of stability had a negative effect. The University had just $7 million in the bank, and no line of credit. Granted, I was chancellor, but change came from mobilizing the faculty and staff. A lot of folks from very different sectors came together to create the transformation. We gained the respect of a lot of people in the larger New Jersey community. Prior to that we had many of alumni who weren’t engaged with the institution.

2019 also marks a milestone year for Seton Hall’s trip to the Final Four in men’s basketball. What do you remember about that experience?

The enthusiasm of that event can only fully be appreciated if you consider what was happening in the years prior. The University didn’t have the money to join the BIG EAST initially; Bill Eyres ‘58 put up the $25,000 the University needed back then. When I was chancellor, I got a visit from the entire BIG EAST executive committee. They said, “If you are going to stay in the BIG EAST, you have got to get out of playing in Walsh Gym.” It was too small.

During that 1988-89 season, P.J. (Coach Carlesimo) did a great job. I remember being in Seattle for the NCAA Tournament games in ‘89. I had a Seton Hall baseball jacket, and I remember one guy came up to me, offering me $400, $500, as much as $600, for the jacket. He was not even a Seton Hall graduate. That’s the kind of enthusiasm there was. The energy from that game, and those finals, culminated and harvested the transformative feelings that were going on for those six years prior.

There are many physical representations of your leadership at Seton Hall: the rec center, Xavier, Cabrini, Serra and Neumann Halls. Have you thought about some intangible impacts of your legacy?

I’d say the sustainability of the University’s image and the value of a Seton Hall degree. I think alumni perceive a much better value in their degree. I think students from my time there have a great sense of pride. I’d also say that when you build a new facility, you create an environment where kids are proud to be, and that is very functional for their own social and educational development. So there’s a sustainability to the Seton Hall brand, the name, its image and the quality — that’s all lasted.

As I tell my students here: “Remember.” Remember the gifts of learning and friendship you made during your school years. Remember how you were as a freshman, and the transformation that has happened to you over time. That didn’t happen on its own. It happened because of the environment and your friends and the faculty and staff. Also, “Be curious.” Continue to be curious and never stop questioning.

A Privilege to Serve