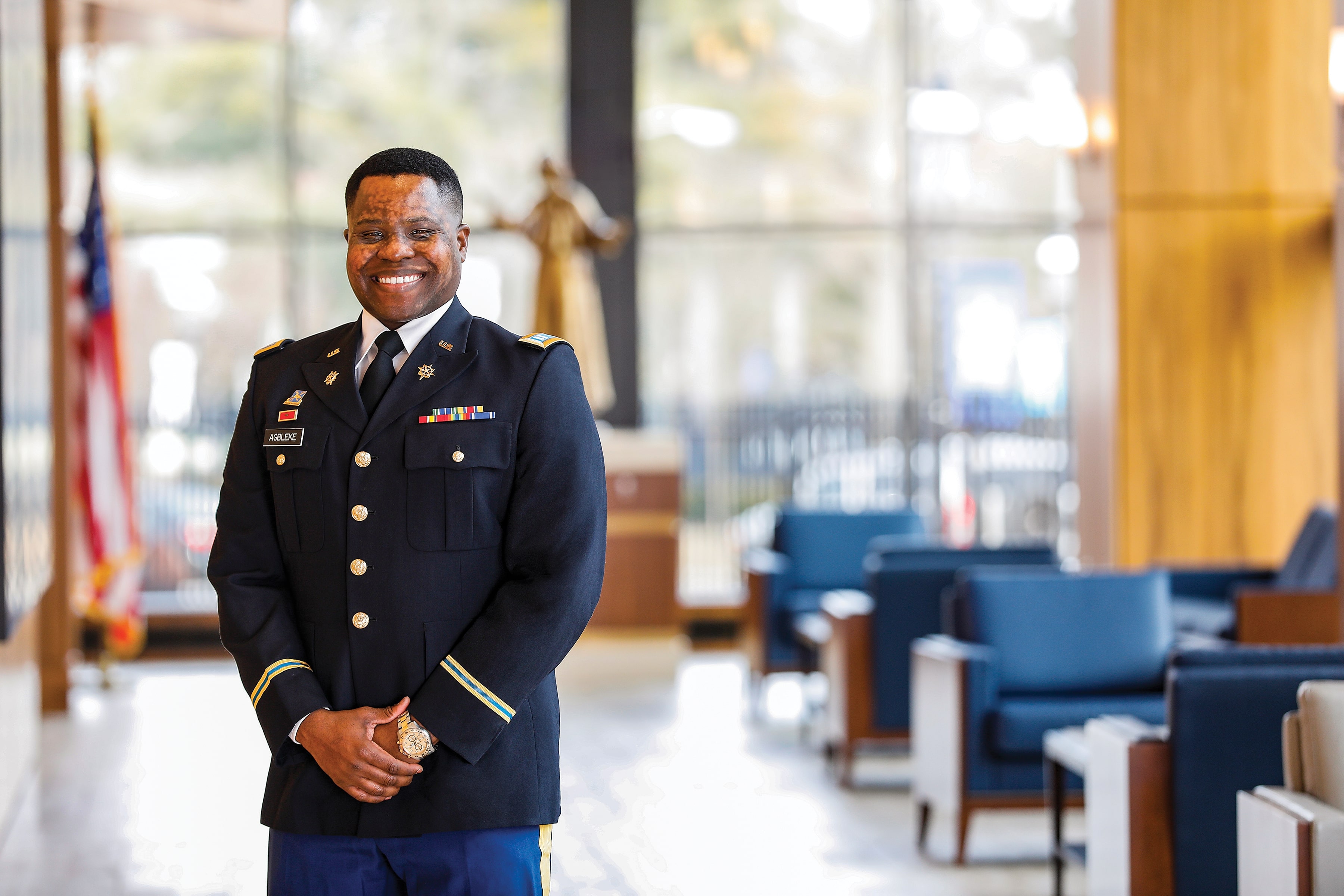 A Different Kind of Service

Published May 13, 2019
Despite ingrained expectations about the profession he’d pursue, Erick Agbleke, M.A. ’19 has found his calling in international affairs.

“In the immigrant community,” says Erick Agbleke, M.A. ’19, “we have a little joke that says you either become a doctor, a lawyer, an engineer, or a disgrace.”

Talk about pressure. Agbleke was fully aware of those deeply ingrained expectations when he enrolled in Seton Hall’s graduate program in Diplomacy and International Relations, a course of study that was likely to propel him toward a career in an entirely different direction. No matter, because Agbleke has developed a new perspective on what it means to be successful, a reimagining rooted largely in the 10 weeks he spent last summer as an intern at the U.S. Embassy in Togo.

His deployment in the tiny West African nation was no coincidence. Agbleke was born in Togo and spent the first 13 years of his life there before his family moved to the United States, eventually settling in Ohio. He earned a bachelor’s degree in criminal justice from the University of Cincinnati, enlisted in the Ohio Army National Guard, and still serves as an intelligence officer in the Army Reserve. But it was a brief career in corporate America — where he discovered that it wasn’t for him — that led Agbleke to Seton Hall and his passion for international affairs. “The way they designed the program was what attracted me to the school,” he says, “because not every school gives you that flexibility to design a program for yourself.”

Upon arriving at the embassy in the capital city of Lomé, Agbleke was assigned to write a report on the problem of wildlife trafficking in Togo. Because of its location on the Gulf of Guinea, its porous borders, and its advanced transportation system, Togo is a hub for illegal trafficking of elephant ivory, leopard skins, and all manner of ill-gotten game.

Agbleke’s supervisor figured the assignment would take three weeks, but Agbleke invoked the same research and project-management skills he’d honed in the military and the working world. He finished the report in three days. His supervisor took note.

“I believe what helped me was having the professional background that I’ve had for many years working different jobs, different projects,” Agbleke says. “I was able to bring all the stuff together and that’s when he saw, well, this wasn’t just a regular intern. This was someone that I can actually use.”

Those traits have also impressed his professors at Seton Hall. “He has a keen mind,” Father Bryan K. Muzás, an assistant professor in the School of Diplomacy and International Relations, says of Agbleke, “and his military background gives him an outlook that has enriched many a class discussion.”

By summer’s end, Agbleke had also contracted a local nongovernmental organization to create a recycling program for high-school students. And on a one-week trip to northern Togo to inspect infrastructure projects, he met Togolese women who each day collect water from the single pump that supplies their entire village.

For Agbleke, those 10 weeks shook his world, and the lessons learned continue to resonate. “I don’t think you can beat the practicality of having an internship,” he says. “We can sit in class and I can read the books about development, but it was a different experience going there, putting the water on top of my head, talking to those ladies, understanding what their struggles were every day.”

As graduation approaches, Agbleke has set his sights on a career as a State Department diplomat and, perhaps someday, an ambassador. He hopes to focus on African affairs, but wherever his career takes him, he will carry his embassy internship with him because his experience in Togo redefined his notion of success.