How members of the Seton Hall community came to the aid of a Vietnamese refugee family in dramatic fashion.

It took several days after the April 30 fall of Saigon for news of the event to reach Mrs. Lam Que Diep.* But this astute businesswoman — with interests in everything from coffee and powdered milk to construction materials — immediately knew what to do.

She clothed three young daughters and a son in peasant garb, sewed gold bullion and U.S. dollars into their clothing, and piled the youngsters into the family car to head for Vietnam’s coast.

Stopped repeatedly at communist roadblocks, she lied and said that they were heading back to their former home in the Mekong Delta. One Vietcong soldier even hitched a brief ride. Nevertheless, Mrs. Lam was determined to reach Thailand and freedom.**

In the days afterward, her distraught daughter Vivi Tran ’76, a Seton Hall student at the time, approached Father Lawrence Frizzell in the University’s McLaughlin library. A junior in the business school, Vivi sought assistance from “Father Larry,” who had arrived the year before from England to teach in a new program in Jewish-Christian Studies. Vivi desperately wanted to bring her mother and siblings — who had ultimately reached Thailand — to the U.S.

“I remember him saying, ‘We’ll figure something out to help your family,’” Vivi says. 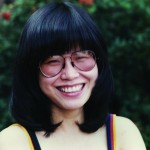 At about the same time, Vivi’s brother, Steven Tran, Ph.D. ’74, who had graduated from Seton Hall with a degree in chemistry, took a leave of absence from his job at the pharmaceutical firm Hoffmann-LaRoche, and boarded a plane for Bangkok. There, he met his mother, sisters and brother — who in the interim had been nearly lost in a storm at sea and then were robbed. Destitute, they had been taken in by a Thai family.

“For a month,” Steven says, “I went every day to the U.S. Embassy in Bangkok, trying to get the paperwork started so that my family could gain refugee status — but with no results.”

Then, a series of remarkable events occurred.

A cable arrived at the embassy from then-Secretary of State Henry Kissinger, Steven says.

The diplomats let him read the message for himself: “Please let the Tran family come to the USA.”

To his astonishment, he learned that this intervention was the result of actions undertaken by two powerful Seton Hall personalities: Monsignor Thomas Fahy, then president; and John Tsu, professor and founder of the Department of Asian Studies, who was then and later an adviser on Asian-American affairs to several U.S. presidents.

Just days later, the family was reunited at John F. Kennedy International Airport, recalls Philie Tran, then 14, Vivi and Steve’s sister. “We were lucky,” Philie marvels. “We didn’t have to stay in a refugee camp.” Nor were they among the 500,000 estimated “boat people” who died, or the 165,000 who perished in communist re-education camps.

The arriving Trans were stunned to receive permanent resident cards. What’s more, Vivi found out that her tuition and board costs would be waived. 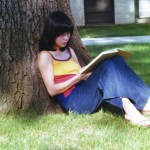 The Tran family’s amazing tale, intertwined as it is with the collapse of American hopes after decades of warfare in Vietnam, is also a story of the extended Seton Hall family. Specifically, the lengths to which members of the University community would go to in order to come to the aid of a student who found herself in dire circumstances. The story had been lost from public memory until Vivi, now a successful real estate agent in the Los Altos, California area, was invited to an alumni event in San Francisco last fall and first shared her memories of Seton Hall with its organizers.

The story can be divided into three chapters:

Philie Tran remembers that, after the fall of Saigon in 1975, after passing through the Vietcong checkpoints, her mother hired a fishing boat for what proved to be a harrowing journey.

“Our boat was small,” Philie says, “only big enough for 12 people.”

Nevertheless, Mrs. Lam allowed a number of young single men in addition to the crew to escape with them, crowding the boat perilously. Mrs. Lam also generously shared her family’s food.
On the second day at sea, a howling storm blew up that almost swamped them. Meantime, both food and freshwater grew short with so many people aboard.

What should have been a day’s trip turned into five.

“We ran out of food and then the fishermen had to throw out nets to catch fish.” After that, everyone subsisted on fried fish and ginseng. “It seemed like forever.”

Eventually, the Trans would reach Bangkok in a hired car. Philie remembers vividly what happened after they were stopped along the way: “Somehow that policeman knew we had money. I remember my Mom knelt down in the road and begged him to give back our money. I’ll never forget that. But he didn’t.” 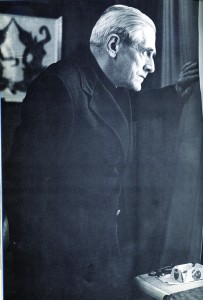 Father Lawrence E. Frizzell, S.T.L., S.S.L., D. Phil., associate professor and director of Jewish-Christian Studies in the Department of Religion, describes himself this way: “A priest of Edmonton Archdiocese in Canada, I came to Seton Hall University from England in October 1974. During four years in England, I had made several Vietnamese friends and, after Saigon fell to the communists, I became involved in the plight of those who fled to the United States.” 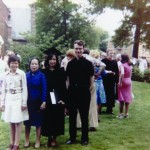 Why? Father Frizzell explains that while pursuing a doctoral degree in England, he wound up “feeling like a foreigner, too.”

In other words, he understood what it felt like to be an outsider.

That understanding served the Tran family well as, over the years, he helped teach them English, ease their family burdens and even get several into top preparatory schools.

“Basically, I’d help all the kids with their homework and to get good habits in spelling and grammar,” he says modestly.

But to the Trans, many of whom he still visits on holidays, he is an absolute hero — especially to Philie, who later served in the Peace Corps and as a counselor in a refugee camp in the Philippines.

“He is the greatest man I know,” she says. “He did a lot for us — I guess emotionally. If we ever needed anything, we always knew he was there.” With a laugh, Philie recalls that after Father Frizzell helped her apply to a private school, the school asked her to write an essay on her “greatest hero.”

“They later said they were very surprised that I didn’t pick a well-known figure from history, but I wrote about Father Frizzell.” Father Frizzell prefers to view himself as “a quiet presence with the family over the years that they were adapting. Being there, that’s the important thing. Being present when someone is lonely or confused — I think that was my contribution.”

After the Trans escaped to Thailand, while Steven was cooling his heels at the U.S. Embassy in Bangkok, Father Frizzell obtained for Vivi a meeting with Monsignor Fahy, who served as Seton Hall’s president from 1970 to 1976. “Nothing was promised,” Vivi says, “but I had a feeling of deep comfort after meeting him. It was just profound.”

Vivi next talked with Tsu, who at that time was the head of the Department of Asian Studies. With him, she traveled to the nation’s capital to meet with representatives at the State Department. Unknown to her, Tsu was also an adviser to then-President Richard M. Nixon, and apparently had plenty of political clout. After the half-hour meeting, Tsu “came out and simply said ‘Let’s go home.’”

Less than a week later, Vivi found herself amid an “extraordinary” family reunion at the airport. “It was just unbelievable. How could anyone make all that happen unless he was in contact with top officials?” Vivi asks with wonder.

The Years That Followed

Once they were reunited, the Tran family began a long, slow road to assimilation as American citizens and, like so many Vietnamese transplants, they achieved a measure of success in their new country.

The Tran children went on to pursue careers in psychiatry, business, chemical research and other fields. One sister graduated as valedictorian of her class at Berkeley Law School.

But their road to success wasn’t easy.

Mrs. Lam opened “Saigon Grocery” on Henry Street at the edge of Manhattan’s Chinatown very soon after they arrived in the United States, Father Frizzell recalls. The children attended school in Nutley and helped in the store on the weekend.

Father Frizzell says that the family matriarch was an astute businesswoman who brought a sense of trust to her work in Manhattan and, later, in Houston, Texas. “She also had an indomitable will to succeed,” he says.

“Every dime was earned the hard way,” says Vivi of that period. Vivi joined the family in a small apartment in Nutley, and after graduating from Seton Hall, went on to jobs at Singer Business Machines/TRW and then real estate. “Right after I graduated, we had a very hard life. We were all sandwiched into one bedroom.”

Father Frizzell helped out nearly every step along the way. “When we first arrived in Nutley we couldn’t speak any English,” Philie says, “so Father Larry became our English tutor, as well as almost our guardian.” He had to sign any excuse slips for school absences, for instance.

Over the years, he also baptized one daughter as a Catholic, co-officiated at the marriage of another, and looked out for them generally.

The influence that he, Monsignor Fahy and John Tsu had in helping the Tran family immigrate to the United States, and prosper once they got here, is a memory that remains strong among the Trans after nearly 40 years.

For Vivi, that connection translates into an aspiration for the oldest of her two sons, now a high school sophomore: “It’s my dream for him to go to Seton Hall,” she says.

* Note on the family name: Mrs. Lam Que Diep was married to Chan Kwan Ming,
who was Chinese and had taken the surname of Tran in order to do business
in Vietnam. The Tran family reverted back to Chan after they settled in the United
States.
** Mr. Tran was imprisoned after the communists took over, says Philie Chan.
Later, he was airlifted to Hong Kong because he had remained a Chinese citizen.

Educator with a Bullhorn

Our Home For the Mind, Heart and Spirit