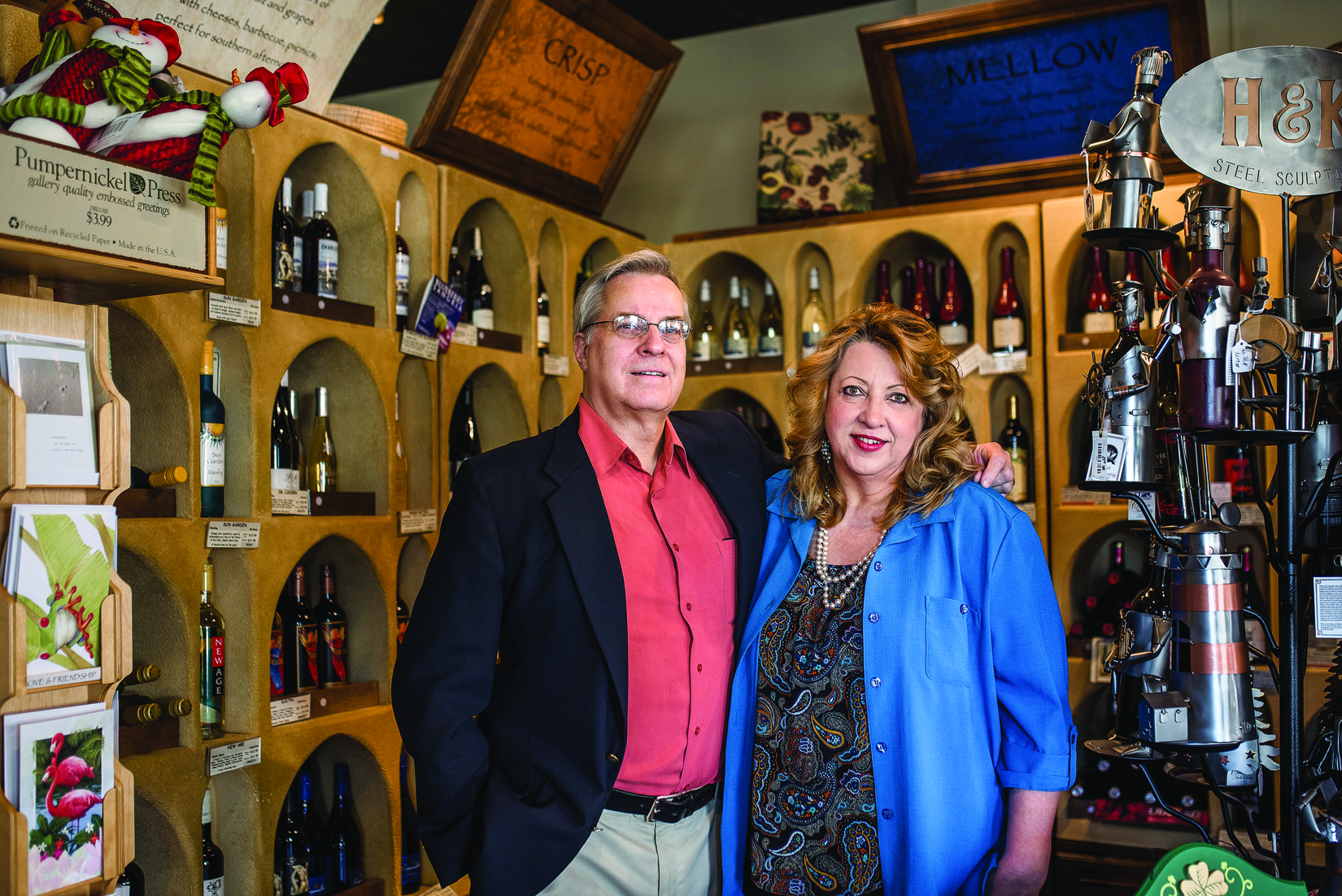 Published May 13, 2019
Joe and Martha Andreski have lived in eight states across the U.S.  But their enduring connection to the place they grew up — and to Seton Hall — led them to fund a new student scholarship.

The first time Joe met Martha, he was supposed to sell her on Seton Hall. He was 19 years old and a graduate of Rahway High School in New Jersey, where his mom worked as a secretary and Martha’s mom had been his guidance counselor. Martha had been thinking about moving away for college and Joe was majoring in finance at nearby Seton Hall. Her mom hoped that talking to Joe might change her mind.

“I told her it was a good school with very strong programs and a strong reputation, and she could still be home every night,” Joe Andreski ’79 remembers.

But there was something else, too. “I just thought, this is the most mature guy that I have ever met,” Martha (Czarnecki) Andreski ’81 says. “He just seemed to have focus in his life. He was so definitive about what he wanted to do and where he wanted to be.”

Martha not only wound up at Seton Hall — she also married Joe several years later. Now the Andreskis are celebrating a 39-year marriage, running a successful wine shop in South Carolina, and planning to help other teens in Union County attend Seton Hall through a scholarship fund.

As University students, the Andreskis both worked long hours at outside jobs: Joe at a men’s clothing store, Martha as a waitress at Howard Johnson’s. While Joe took classes in business and accounting, Martha majored in secondary education and studied science. They both commuted to campus from their parents’ homes in Union County.

Joe found an accounting job quickly after graduation, and over the next 27 years, his work in various finance roles took the Andreskis to eight different states. Meanwhile, Martha taught high-school science — and as a result of their many moves, became certified to teach in 10 states.

But it’s their new chapter as wine shop owners that the Andreskis are focused on now. When Joe’s job as CFO for the Australian wine company Southcorp landed them in the Napa Valley in 2002, they got “seriously into wine,” Joe says. In 2006, they moved to Charleston, South Carolina, and two years later, opened The Wine Cellar in nearby Mount Pleasant.

In the decade since, they’ve built a thriving business that Joe says brought his daily stress level “down from 95 to, like, 1.” Inspired by what they experienced in Napa, they sell wines by the glass as well as by the bottle. They also run about a hundred weekend tastings a year and have created a wine club that introduces customers to new varietals and flavors.

“We try to make it as unlike a big-box store experience as possible,” Joe says. Customers have turned into friends. A few regulars have even become employees. “When we moved here, we had no friends, no family, no job, nothing,” he adds. “We just knew we liked the area. We really put together our complete social life through the wine shop.”

The Andreskis travel often — “it’s probably our biggest hobby,” Martha says — and they make it a point to check out vineyards when they do. In 2017, they spent a full two months exploring Europe by car. It’s a life they couldn’t have envisioned as kids: Joe’s dad left school after eighth grade and worked in a warehouse; Martha’s parents came to America as immigrants after being ousted from Poland during World War II and sent to the Soviet gulags in Siberia for two years.

“I think Seton Hall did us right,” Joe says. That’s why he and Martha decided, through an estate commitment, to set up a scholarship fund for students from Rahway High School, David Brearley High School in Kenilworth (Martha’s alma mater), and other Union County schools to attend Seton Hall.

“I spent 32 years teaching, and in that time, I met students who are so smart, but for a variety of reasons, aren’t able to go to college,” Martha says. “I think the more scholarships there are out there — the more we can help those kids.”

“Rahway is a blue-collar town with a lot of blue-collar families that need a bit of a lift up,” Joe adds. “Nobody in my family was pushing me to go to college, but I was able to pull it off. Now I hope we can help some other kids out there who are at that fork in the road.”

The Joy of Cooking