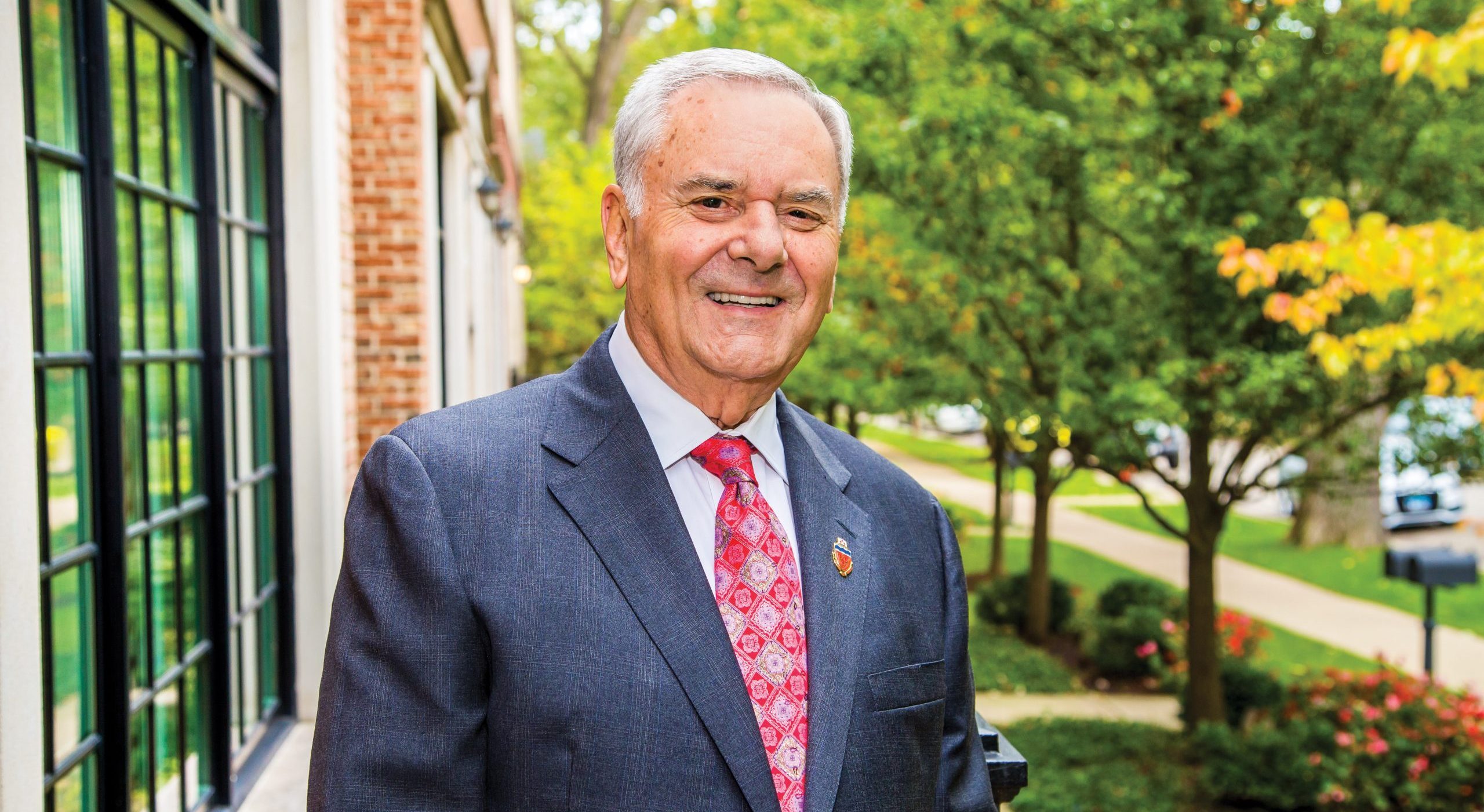 Gerald “Jerry” Buccino ’63 was in his sophomore year of high school when he marched into the vice principal’s office and requested an appointment.

It wasn’t something students normally did, but Buccino had important business to discuss. Every Friday night, his school held a dance with live music, and every week, the administrators booked a different band. Buccino had his own band at the time, and he had an idea.

On the scheduled day and time, he showed up with an agreement he’d drafted for his band to play at the dance every week. If the school agreed to hire them for the whole year, he’d offer a 20 percent discount.

“I’ll never forget the look on his face,” Buccino says, chuckling as he remembers that meeting with his vice principal. “He goes, ‘Jerry, did you write this? It’s unbelievable.’ Then he calls in our principal and says, ‘Look at this!’”

And just like that, Buccino had closed his first business deal.

Today Jerry Buccino is considered a visionary in the turnaround management industry, renowned for both his leadership acumen and his talent for transforming troubled companies into profitable enterprises. He’s also a well-known name at Seton Hall: the donor behind the Stillman School of Business’ Gerald P. Buccino ’63 Center for Leadership Development, which has now expanded into the University-wide Buccino Leadership Institute.

Established thanks to another gift from Buccino, the new four-year program combines leadership development with preparation in specific competencies across six schools and colleges at the University. “It’s been my dream to take this campus-wide, because I never was a believer that leadership is only for the purview of business,” he says. “You need leadership in every facet of life — in politics, in education, in medicine, in research. Even in your personal life.”

“Leaders create industry, they create technologies, they create great products,” he continues. “A lot of
innovation comes directly from leaders who seek a better way to do things.”

But in spite of his early business prowess, Buccino insists he wasn’t born a leader, just as no one is born a doctor or a teacher or a professor. He believes leadership is a skill that can be both taught and learned — and says he would have loved access to a program like the one he’s helped to build at Seton Hall.

Buccino came to the University in the late 1950s, fresh out of the military and working full time for General Motors. He graduated with a degree in business at 25 years old.

“When I look back on my career, everything I have today began at Seton Hall University,” he says. “I love Seton Hall and I love the opportunity it gave me.”

In the years following graduation, he worked his way up in the business world, taking on more leadership responsibilities with each role. Buccino says he spent his late 20s and early 30s learning to lead mostly by watching what the people around him did right — and also where they went wrong.

“Leadership is about doing, not talking,” he says. “It’s about passion and taking risks and not fearing failure, and it comes in all different packages and shapes. There are leaders who can get up and sound good but who
have no substance. Then you can have a guy working in a garage who develops Microsoft.”

Buccino reconnected with Seton Hall in the early 1990s, about a decade after he’d founded his turnaround firm, Buccino & Associates Inc. In 1996, he created an endowed scholarship for students in the Stillman School’s Center for Leadership Studies. In addition to providing financial support, Buccino personally serves as a mentor to select recipients throughout their time at Seton Hall, and well beyond. He says alumni who are now in their late 30s and early 40s still call him up for career guidance or just to check in.

“These young people have given me a real gift of having them in my life,” he says.

Growing up modestly in North Jersey, the son of a grocery store owner and a homemaker, Buccino says even he didn’t foresee his evolution from confident teen musician to business luminary.

“I never imagined as a young boy that I would ever be in a position to do these things,” he says of his continued support of Seton Hall. “It’s been a wonderful journey. I pinch myself sometimes.”