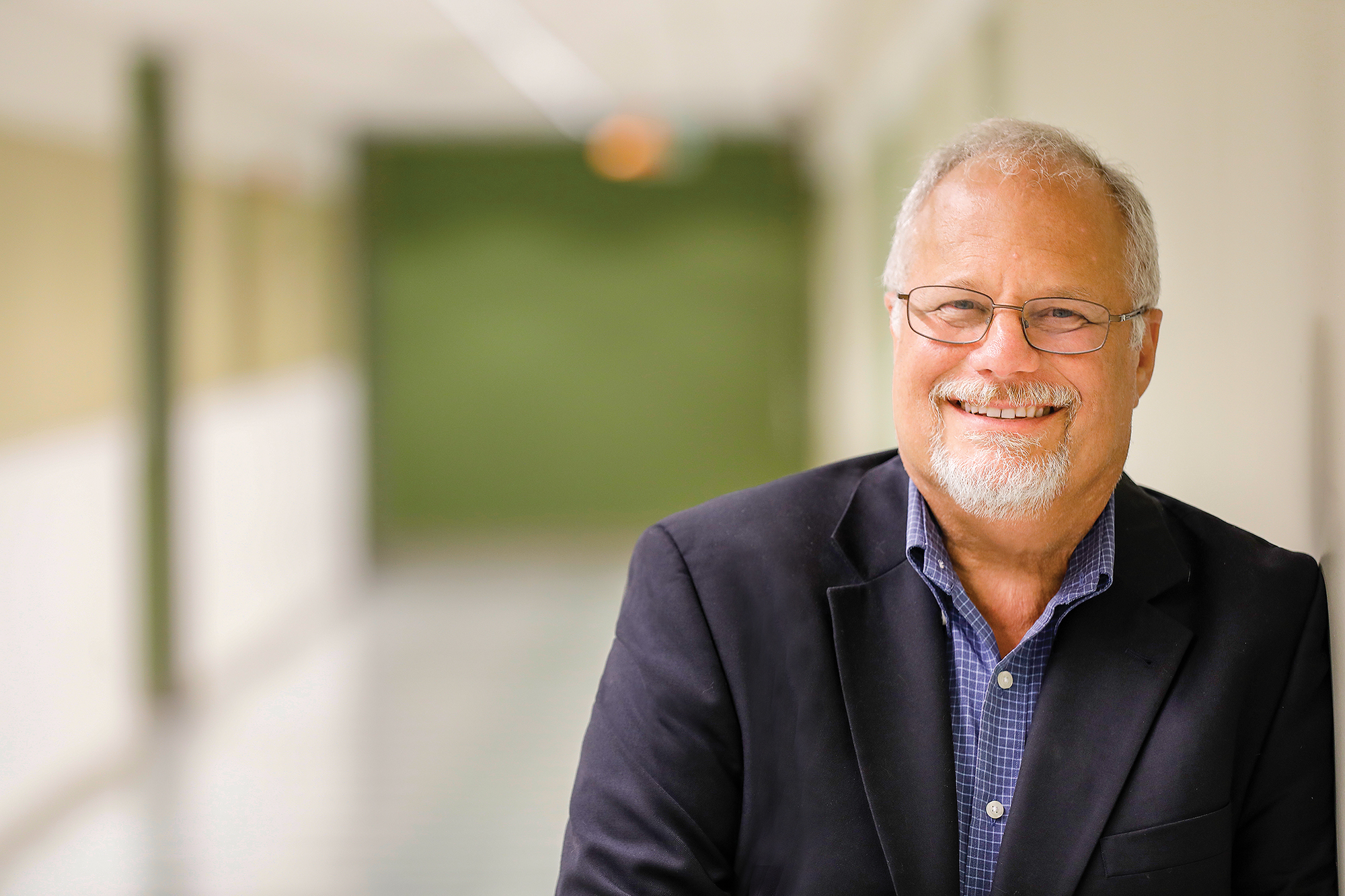 Jeff La Marca knows what it’s like to feel distracted. After struggling with focus and concentration issues for much of his life, when he was 40 he was diagnosed with ADHD: attention deficit hyperactivity disorder. At 50, he started a doctoral program at the University of California, Riverside.

Now an assistant professor of special education at Seton Hall University, La Marca wants to help others with ADHD find their focus — and he says neurofeedback may be the answer.

It’s a treatment many people haven’t heard of before, or have trouble envisioning even if they have. In fact, as far as La Marca knows, he’s one of very few educators whose research centers on neurofeedback. (Most people testing it are clinical psychologists, sleep doctors or other medical professionals, he says.)

Also known as electroencephalogram (EEG) biofeedback, neurofeedback aims to change behavior by changing brain activity. As La Marca has used it in his studies, sensors attached to the head monitor brain waves while the person plays a computer game. When the brain focuses in the right way, the game responds with rewards.

La Marca believes that this training may be able to help kids with the inattentive type of ADHD — and to a lesser extent, those with hyperactivity — by teaching their brains how to focus. He recently completed a study at Seton Hall that appears to support this theory, and soon hopes to repeat it with a larger sample.

If it continues to prove out, the neurofeedback approach could help millions of kids. In 2016, the Centers for Disease Control and Prevention reported, 6.1 million children in the U.S. from ages 2 through 17 had been diagnosed with ADHD. That’s about 9 percent of all kids in that age range.

Of those with an ADHD diagnosis, six out of 10 were taking medication. But often those drugs can cause headaches and sleep issues, suppress appetite, induce physical tics and even stunt growth. And for children with the inattentive type of ADHD, medication may not work at all, La Marca says.

That’s where his work with neurofeedback comes in. After spending many years teaching in public schools, La Marca slowly found himself drawn to neurofeedback, research and academia. He jokes that the same year he received an AARP card as a gift from his mother, he started his Ph.D. program. But it’s true.

“I thought it would be a wonderful thing to go back and do research,” he says. “It’s kind of a creative thing, it makes a really big difference, and it’s through research that we can confirm efficacious practices in the classroom — things to actually help students learn.”

For his dissertation, La Marca gave a group of fourth-grade students 40 half-hour sessions of neurofeedback and continually tested their reading proficiency. He says reading comprehension and accuracy both improved “to an extent much greater than we’d expect through either classroom instruction or maturation.”

When he tested the students again five and a half months later, La Marca found that they continued to show improvement over their pre-test scores. “What that suggests, and what other studies suggest, is that these effects are long term,” he says. “Once you learn how to [focus your attention], you always know how to do it.”

After arriving at Seton Hall in 2015, La Marca continued his research with a 2016 Seton Hall University Research Council Grant. In that study, he brought in 14 Seton Hall students with ADHD and evaluated how controlling the “artifacts” that intrude on brainwave signals — eye blinks, eye wobbling, facial movements — might affect neurofeedback training. He found that the group that had their artifacts removed showed significant improvements in attention and were more successful in controlling their brainwaves.

“I think once other researchers and academics really grasp what Dr. La Marca did, this is going to pave the way for a whole new area of research,” says Joseph Fresco ’14/M.A.’16, one of four Seton Hall graduate students who assisted La Marca in the study. “There’s this whole other type of treatment that could help those who have ADHD. You could literally go to the gym for your brain by playing these games and help your symptoms of ADHD.”

Connie McReynolds, who directs the Neurofeedback Center at California State University, San Bernardino, is well aware of La Marca’s studies and says his work will “probably turn out to be rather groundbreaking.”

“What he’s looking at — which type of intervention is needed, what type of neurofeedback works well, how much neurofeedback is needed until success is achieved — is really the next level of where the field is going,” McReynolds adds. “We know [neurofeedback] works. Now we need to figure out the fine-tuning.”

Soon La Marca hopes to replicate his original study with a much larger group — a hundred kids, ideally — and he’s looking for large grants to make that happen.

“If this pans out — it has the potential to greatly assist students with attention deficits and inadequate achievement,” he says. “And it’s not a pharmaceutical approach, therefore we don’t need doctors’ approval to do this. That’s pretty profound for kids with attention deficit.” “but I’d also say we’re not done yet.”

Molly Petrilla is a freelance based in New Jersey.