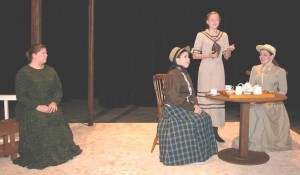 A Program Note from Mike:

“The majority of scholars who are researching, writing, and rightfully resurrecting the literary reputation of Susan Glaspell are women. So one might ask how did I make a personal connection with Glaspell. In part, and at the risk of sounding simplistic, I think it is because we are native Iowans. When I read her plays, such as Inheritors, I recognize a person who shared my Iowa experiences and the challenges and quirks that result from living and growing up in a small, rural environment. Part of the conflict that I related to in reading her works was the contest between living the conventional life (what young Brook might call doing the “right thing”), and the realization of a more complex world beyond the idyllic country. It is this world that offered opportunities for greater self-fulfillment, but that demanded unconventional choices. What often results in Glaspell’s work is a war between the desire to make the unconventional choice and the demand that the “right thing” be chosen and honored. The tension between these two standards is both a personal, internal struggle that Glaspell’s characters fight, and a battle imposed on her characters by society and its various human representatives. It is one of the thematic elements found in much of her work and that informs her novel Brook Evans, and inspired my desire to collaborate with Elissia and Debe on our adaptation.” 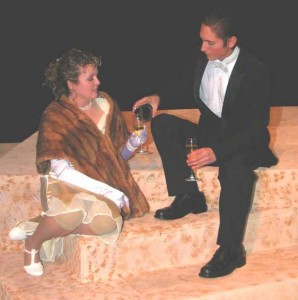 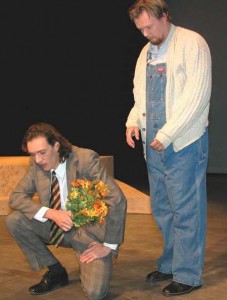 Introductory Lecture on “Brook Evans” answers the questions, “Why haven’t I ever heard of Glaspell’s novel Brook Evans?” and “Why does it speak to us today?”