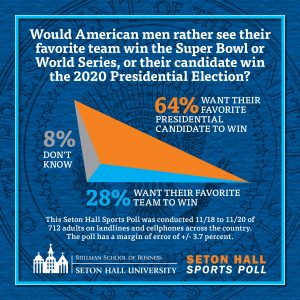 ← MLB Perceived as Having Best Officiating Among Major Spectator Sports, Beating NFL by 64-48% Margin
22 Percent Think Myles Garrett Suspension Should Be Permanent, 40 Percent Say NFL Got It Right with Rest of Season; Majority Say Astros Should Be Stripped of 2017 World Championship →