Look no further! Below are the original images of those in the Special Collections Coloring Book along with their information. 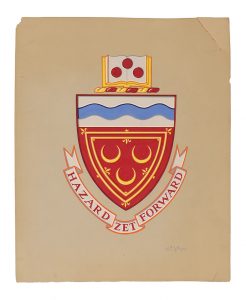 Ryan designed coats of arms for many dioceses throughout the United States.  The scroll at the bottom bears the university’s motto, “Hazard Zet Forward”, which translates from Latin to “whatever the peril, ever forward” in English. 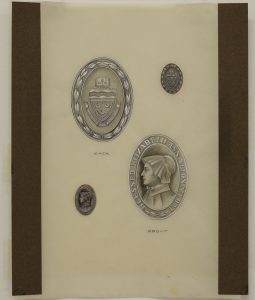 Sketch, Prepared for the Society for the Preservation of Setoniana by Dieges & Clust jewelers, established in New York in 1898.   The company also produced the Heisman Trophy from 1935 through 1979, as well as the first Most Valuable Player Award for Major League Baseball.

Former nicknames for the Seton Hall University sports teams include “White & Blue,” “Villagers,” and in the case of the baseball team, “The Alerts,” prior to 1931 when Seton Hall adopted the currently used name “Pirates.” 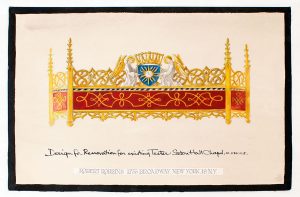 Design for Design for Renovation for Existing Tester

Robert Robbins Studios of New York City was retained to complete the restoration of the Chapel of the Immaculate in 1963.  This sketch shows the canopy design which hangs above the altar. 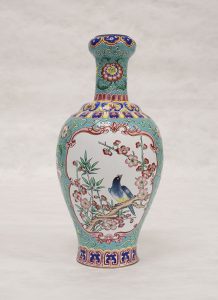 The period in which this Qing Dynasty vase was made marks the last dynasty in the imperial history of China. The Qing Dynastry was established in 1636, and ruled China from 1644 to 1912, with a brief restoration in 1917. It was preceded by the Ming dynasty and succeeded by the Republic of China. 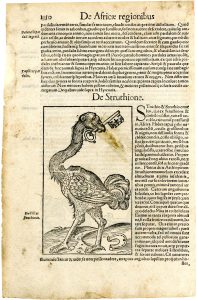 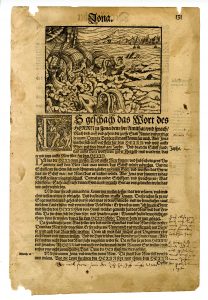 From Luther’s “German Translation of the Bible”, printed in Wittenberg, 1584. 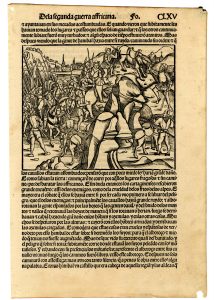 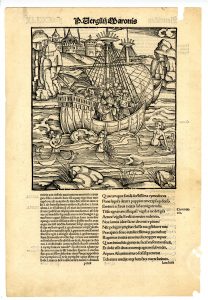