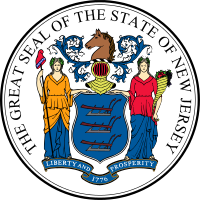 Interesting article in NorthJersey.com on Daily Fantasy Sports (DFS) and the prospect of it being regulated in New Jersey. The article’s author, John Brennan of The Record, notes that New Jersey is the “nation’s No. 2 gambling state” behind Nevada and that a bill (Whelan, D-Atlantic County) to be discussed before the New Jersey Assembly would designate DFS as “not gambling” under state law, but have it fall under the jurisdiction and regulation of New Jersey’s “Division of Gaming Enforcement, the state body that oversees Atlantic City’s casinos and online gambling.”

The crux of the debate over daily fantasy sports is whether the competitions are games of skill — as operators insist — or games of chance, and therefore gambling, as critics contend.

The confusion on this issue appears to extend to the public at large. A recent national poll by Seton Hall University found that 52 percent of Americans consider daily fantasy sports to be a form of gambling, while 31 percent consider them to be a game of skill.

“If daily fantasy sports is not gambling, you have to question whether it needs to be regulated in the same way that gambling is regulated,” he said.

The Casino Association of New Jersey, which represents seven of Atlantic City’s eight remaining casinos including the market-leading Borgata, did not respond to a request for comment. However, Tom Ballance, the Borgata’s president and chief operating officer, offered an unambiguous assessment of daily fantasy sports.

“Borgata’s and Boyd Gaming’s position is simple: Daily fantasy sports is clearly gambling and should be regulated as such,” Ballance said in a statement, referring to the casino’s parent company.

The bill is the product of New Jersey State Senator Jim Whelan, an Atlantic County Democrat who served as mayor of Atlantic City for 11 years and is known as a steadfast casino advocate. Senator Whelan is said to have met privately with representatives of FanDuel and DraftKings this last Thursday.

The bill is scheduled for a hearing before the New Jersey Assembly on Monday, November 9 and “is expected to feature testimony from representatives of the leading daily fantasy sites.”