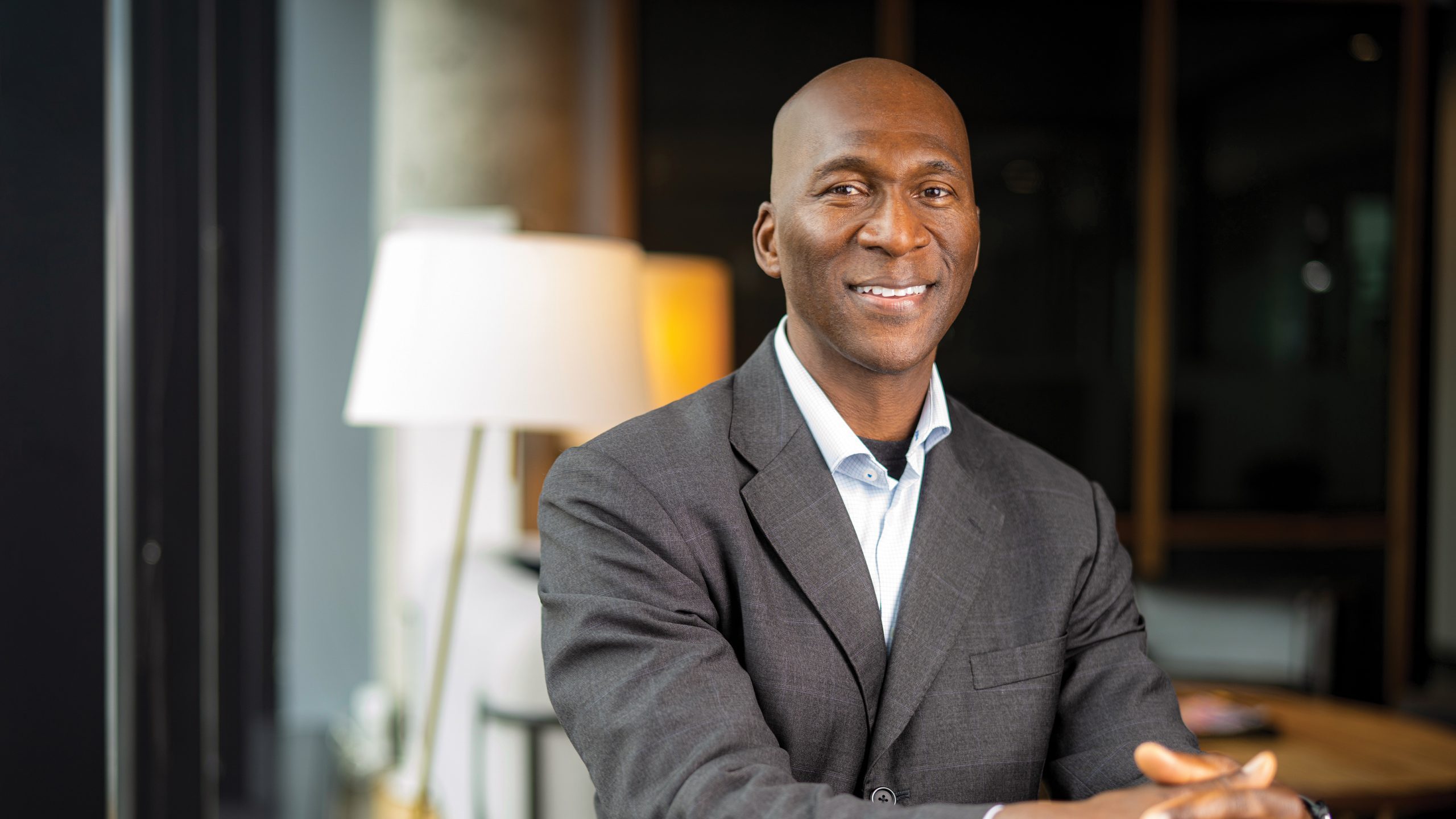 Published November 8, 2021
Matthew Wright ’89 endowed a scholarship for the MLK Leadership Program to ensure future students have access to the transformative program just as he did.

Matthew Wright’s introduction to Seton Hall seemed destined. He grew up in a suburb of Philadelphia but could watch Yankees games on WPIX, a New York station whose signal reached his house. He wanted to play baseball in college, and one night during a Yankees broadcast, he heard that catcher Rick Cerone was a graduate of Seton Hall.

Wright ’89 was good enough to make the University team (he wound up playing in the outfield for three years), but when he applied for financial aid, he was encouraged to submit his name for the Martin Luther King Jr. Leadership Program instead of an athletic scholarship.

The scholarship part of the program, which at the time covered tuition and fees, made his college education possible, even when he didn’t play baseball his senior year. “If I hadn’t received the scholarship, I wouldn’t have gone to college at the time,” says Wright, president and chief investment officer of an investment advisory firm.

To make sure the MLK Leadership Program is available to future students and funded in perpetuity, he and his wife Verna have endowed the scholarship, while Seton Hall has launched a new fundraising initiative for the program in conjunction with new funding.

“This effort means that support for the program won’t fall solely on the budgetary capabilities of the University,” Wright says. “As a beneficiary of the MLK scholarship, I know we need to do more to ensure the scholarship’s legacy.”

Wright, a member of Seton Hall’s Board of Regents, would know. Before starting his own advisory firm, he immersed himself in an academic investing career. First he served as director of investments in Emory University’s endowment office, then as the vice chancellor of investments at Vanderbilt University, where he became the first African American in that role at a university with more than a billion-dollar endowment.

“Both experiences expanded my understanding and awareness of the power of an endowment,” he says.

That broad view also planted the seed for starting his own firm, as he recognized there are many small institutions that don’t have the scale and scope to invest their endowment portfolios the way the largest institutions do. After helping Vanderbilt weather the 2008-09 financial crisis, he and his wife decided that it would be purposeful and more meaningful to launch a firm and work with smaller institutions.

In 2013, Wright founded the Disciplina Group, which acts as a chief investment officer for institutions that typically have less than $500 million in assets. Disciplina helps them build their endowments the same way larger institutions do.

And now, by endowing the scholarship part of the Martin Luther King Jr. Leadership Program at Seton Hall, Wright hopes to do the same thing, on a more targeted scale. “The scholarship had such an impact on my personal life, as I’m sure it had on other minority students,” he said.

Today, MLK scholarships of $6,500 to $8,500 are given to incoming freshmen (including international freshmen) who have outstanding academic records, have overcome economic or educational hardship, and have demonstrated a commitment to diversity and serving or working with socioeconomically or educationally underserved communities.

Students must maintain a 3.0 GPA and commit to the leadership program, which includes bi-weekly meetings, 25 hours of community service per semester, an MLK Honors Seminar, and creating a “magnum opus” — a great work demonstrated by developing a community project or a scholarly paper dedicated to the pursuit of a social justice issue during the student’s college career.

“We ask all MLK scholars to visualize what their impact will be in the 20 to 30 years after graduation,” says Rev. Forrest Pritchett, director of the program. “Matthew Wright’s emergence as an entrepreneur follows that timeline, and he is adding to the model of what it means to be a visionary servant leader by providing a founding gift to the program.”

Wright hopes that the combination of the endowment and the University’s fundraising initiative can ensure that the amount of money given to each scholar is preserved and make it possible to expand the number of students in the program in the future.

“Seton Hall has a high percentage of people with diverse backgrounds, and first-generation college students. Philanthropic support for a school like this especially will help these students, and keep the school competitive in the future,” he said.