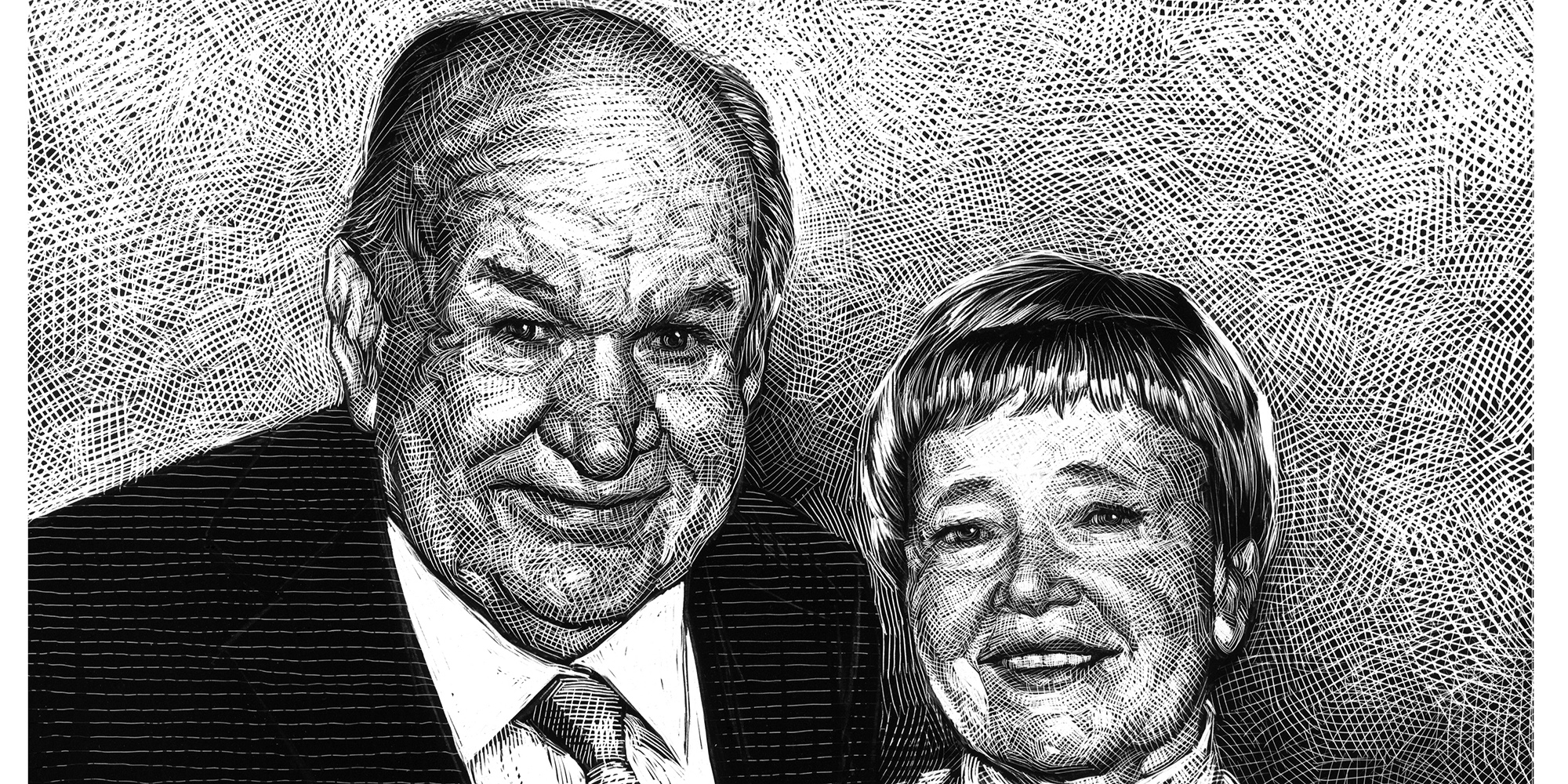 As a biochemist, the late Tom Tencza, M.S. ’64/ Ph.D ’66 left a lasting mark by helping to create products such as Excedrin, Bufferin and NoDoz when he was senior director of product development at Bristol-Myers Squibb.

Now, he and his widow, Sylvia, will leave another enduring legacy: a seven-figure commitment to the University that, upon her passing, will become the first endowed chair for the chemistry department from which he graduated a half-century ago.

Behind that commitment lies the story of a son of working-class Polish immigrants who “had a deep love for Seton Hall,” says Sylvia Tencza. “He used to say, ‘What I am today is because of Seton Hall.’”

Sitting in her kitchen serving coffee and sweets to a visitor, Sylvia talked of “a classy gentleman” whom she met through a cousin. The introduction came after Tencza returned in 1956 from Army duty in Japan, where he taught meteorology to Japanese nationals. A few months later she was wearing his class ring (from Columbia University, where he got a bachelor’s degree in organic chemistry) and was told: “When I go steady, I mean that marriage is my end point.”

Tencza’s integrity translated to his work life as well. In his first job, as a young researcher, he refused to falsify numbers on certain biochemical compounds he assayed, even when his superiors ordered him to do so, says his wife of 53 years. “He was a man of principle, part of his deep Catholic faith,” she says, “and shortly after, he quit that company.” The company no longer exists.

Tencza, who died in 2012 at the age of 80, was known at Bristol-Myers as a man who “led by example,” according to Ara Nersesian, who was in charge of toiletries development at the company and worked with Tencza for close to 40 years. “Tom took care of his staff and was very encouraging,” says Nersesian. “He was a great scientist and empowered his people to develop new products.”

Tencza, who was proud of the Polish heritage he and Sylvia shared, was the first person in his family to earn a college degree. His pride in all things Polish motivated him to serve as a longtime member of the Chopin Singing Society, a 100-year-old choir that sings English and ethnic songs during performances in the heavily Polish Wallington, N.J., area. He spent his teen summers helping his father and brother in the family masonry business, “mixing cement and carrying cinder blocks” until, as Sylvia tells the story, “his father said, ‘This work is not for you, sonny boy.’”

What was for him was chemistry. And that passion led him to enter the University’s inaugural class of chemistry Ph.D. candidates, which required his taking a one-year leave from Bristol-Myers to complete. It was a decision that paid off handsomely in laying the groundwork for his remarkable professional success at the company.

Tencza was a man with many interests. An avid gardener, “he loved to see things grow from seed,” Sylvia recalls. A natural instructor who Sylvia says would have made a fine teacher, Tencza will ultimately help further the education of students in a field he loved. “He always wanted to do something that would make a difference
in the chemistry department at Seton Hall,” Sylvia noted. And, over time, he and Sylvia will. Thanks to their
generosity, The Thomas M. Tencza Chair in Chemistry will help underwrite a portion of the salary of a professor of chemistry at the University in addition to supporting research and other priorities in the department.

If University officials convince Mrs. Tencza, it might be called the Thomas M. and Sylvia T. Tencza Chair. But the habitually modest Sylvia isn’t budging so far. “I want Tom to get the maximum credit,” she says.