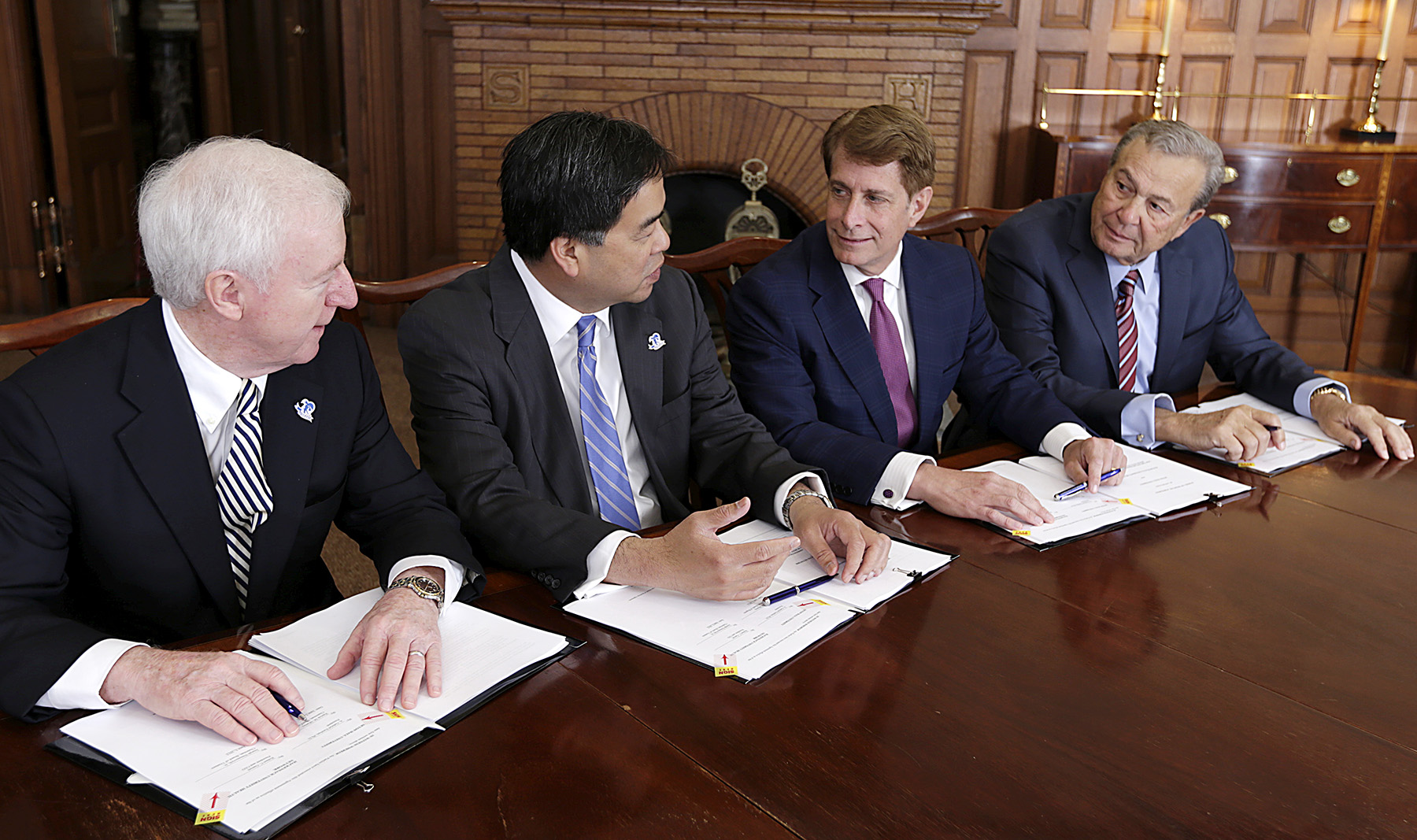 Early in 2015, Seton Hall and Hackensack University Health Network announced a memorandum of understanding to establish a school of medicine.

In the months since the announcement, reactions from the University community, state business leaders and the higher education spectrum have been overwhelmingly positive. I was particularly pleased that so many of you contacted me directly to express your congratulations and encouragement.

Medical schools are the purview of leading higher education institutions — exactly the type of institution we know Seton Hall to be. We seek deeper involvement in the world of health care as part of our mission to improve the human condition and cultivate the next generation of servant leaders. I know that Seton Hall’s school of medicine will further that mission in profound and exciting ways.

Shortly after the medical school announcement made headlines, the University marked the 15th anniversary of the Boland Hall dormitory fire that took the lives of students Frank Caltabilota Jr., John Giunta and Aaron Karol. About 120 people, including several survivors and their families, attended a Mass offered by Father Gerald J. Buonopane and other members of the campus priest community. The memorial featured a homily by Monsignor Anthony Ziccardi that was both moving and rich with insight.

Monsignor Ziccardi also said, “No one should do evil, and no one should have to suffer evil. But as long as evil exists, it is better to be the recipient of evil than to do evil.”

After the Mass, a candlelight ceremony at the Remember Memorial demonstrated that the victims and survivors will always be a part of the University family and will never be forgotten.

These events showed Seton Hall at its best — committing itself to a bold vision for the future while not forgetting that its success is rooted in the time-honored bonds of community. Truly, Seton Hall is among the few colleges or universities that can enact transformative goals without sacrificing the feeling of family that has always been part of its essence.

Grounded in our Catholic spirituality and with your support and your prayers, the University will retain the best of what has always made it great, as it strides ever more confidently toward a future that grows brighter each day.