Multiple myeloma is a type of blood cancer that occurs white blood cells found in the bone marrow. The National Cancer Institute estimates there will be 26,850 new multiple myeloma cases and 11,240 related deaths in the U.S. this year. Empliciti activates the body’s own immune system to attack and destroy multiple myeloma cells.

Elotuzumab is a humanized monoclonal antibody that binds to CS1 (SLAMF7), which is expressed on MM cells, as well as NK cells. It opsonizes MM for destruction by NK cells, and also activates NK cells. 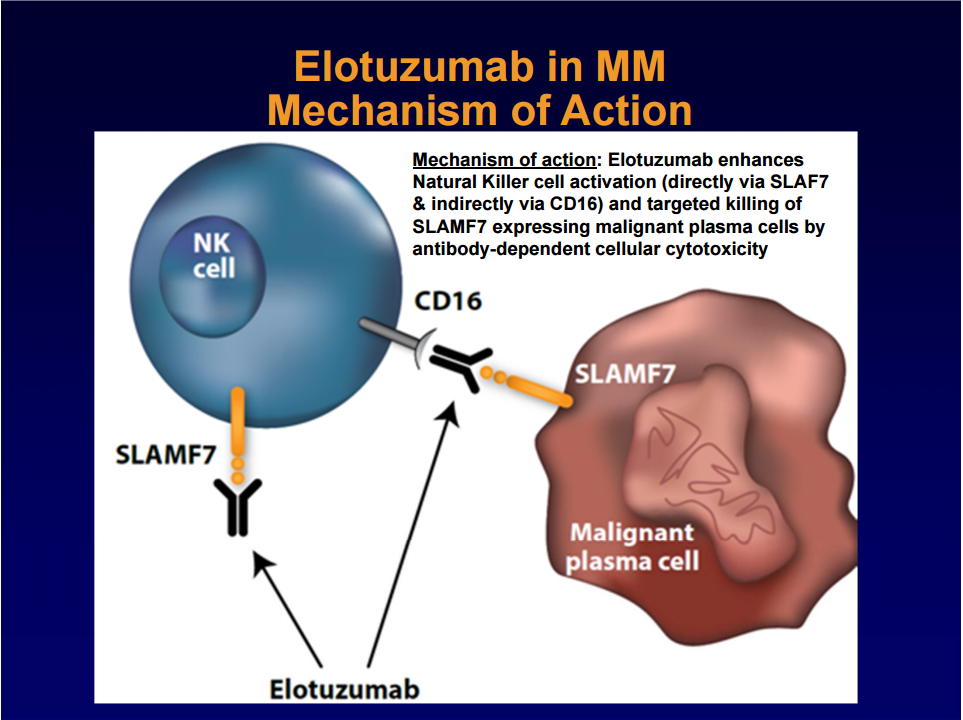 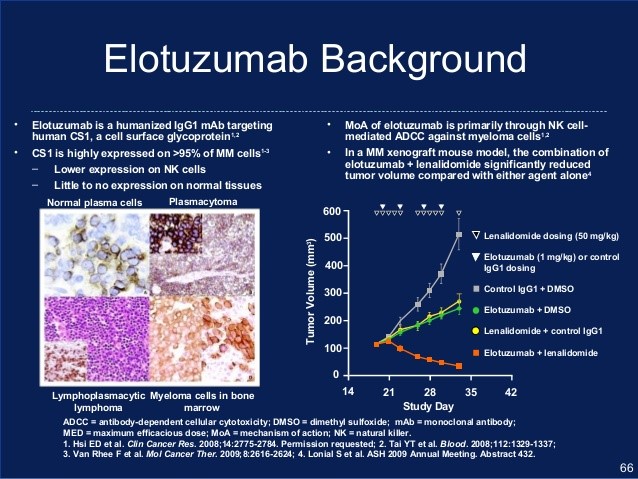 Darzalex binds to CD-38, a multifunctional ectoenzyme that catalyzes the conversion of nicotinamide adenine dinucleotide (NAD+) into nicotinamide, adenosine diphosphate–ribose (ADPR), and cyclic ADPR. On terminally differentiated plasma cells, CD-38 is one of the few surface antigens present. 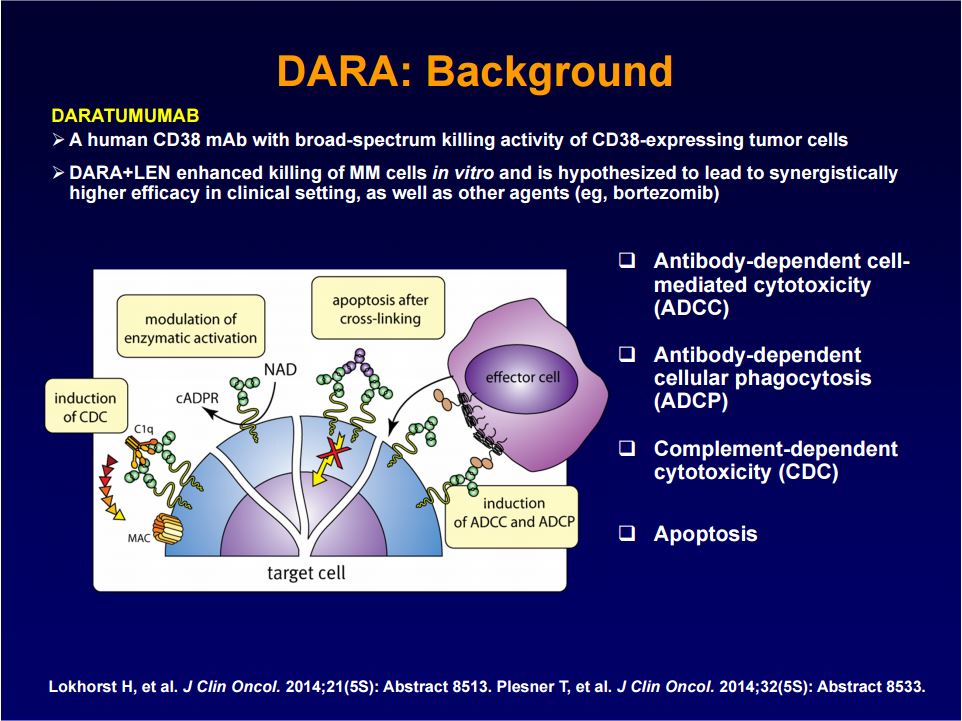 “Monoclonal antibodies offer a unique and different action from what we are used to using. This new mechanism of action is very important for those patients who don’t have other options. In the newly diagnosed population, it may offer us a higher percentage of patients who are cured.” 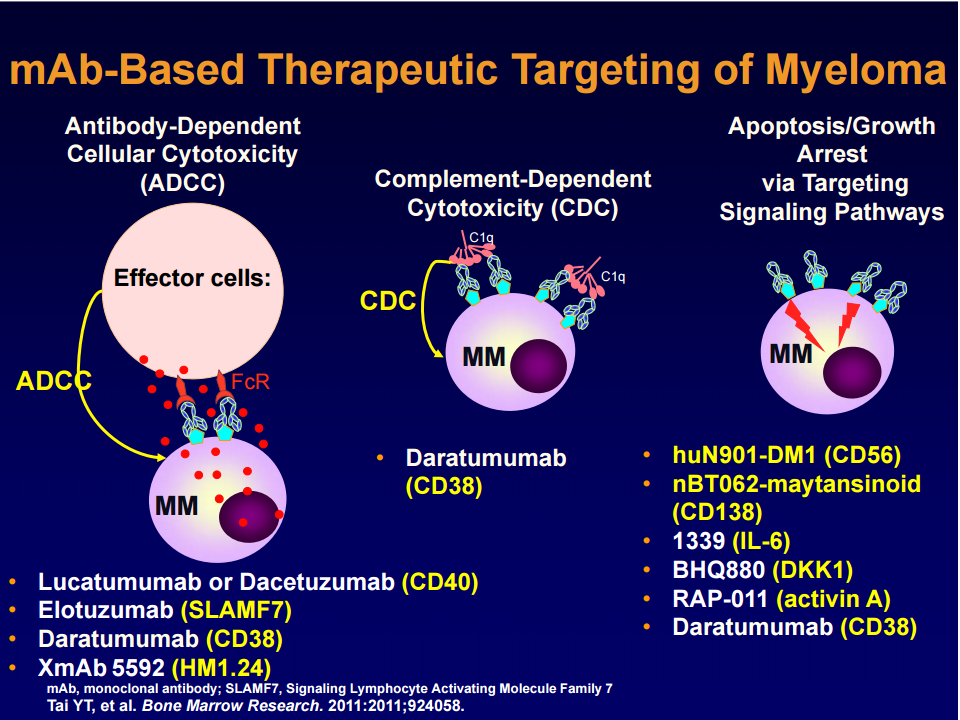