Results showed that after two years, disease had not progressed in 41 percent of patients who received elotuzumab, versus 27 percent of patients given standard therapy. Meanwhile, at one year, the figures were 68 percent and 57 percent, respectively, in the two groups. “It was particularly striking that the difference…seems to get bigger over time,” Lonial remarked, adding that this “really speaks to the power of this immune-based approach.”

Lead investigator Sagar Lonial noted that although survival data were not yet available, “there clearly are very encouraging signs in terms of overall survival.” Commenting on the findings, ASCO president-elect Julie Vose said “this is probably a practice-changing type of treatment,” adding “I expect they will get approval.”

Elotuzumab is a monoclonal antibody in development for multiple myeloma (MM) that targets CS1, a cell surface glycoprotein expressed on MM cells. [CS1 is also known as SLAMF7.] In preclinical models, elotuzumab exerts anti-MM efficacy via natural killer (NK)-cell-mediated antibody-dependent cellular cytotoxicity (ADCC). It was initially developed by Facet Biotech and is now being developed by Abbvie and Bristol Myers Squibb following Abbott’s $450MM acquisition of Facet in March 2010.

Antibody-dependent cellular cytotoxicity (ADCC) occurs when an antibody binds to a cellular antigen and its Fc portion then binds to a receptor on NK cells, triggering the release of cytotoxic enzymes by the NK cells, thereby killing the cell expressing the target antigen. 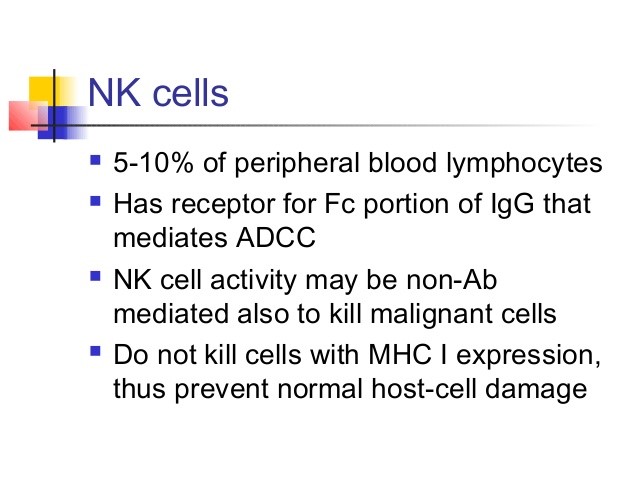 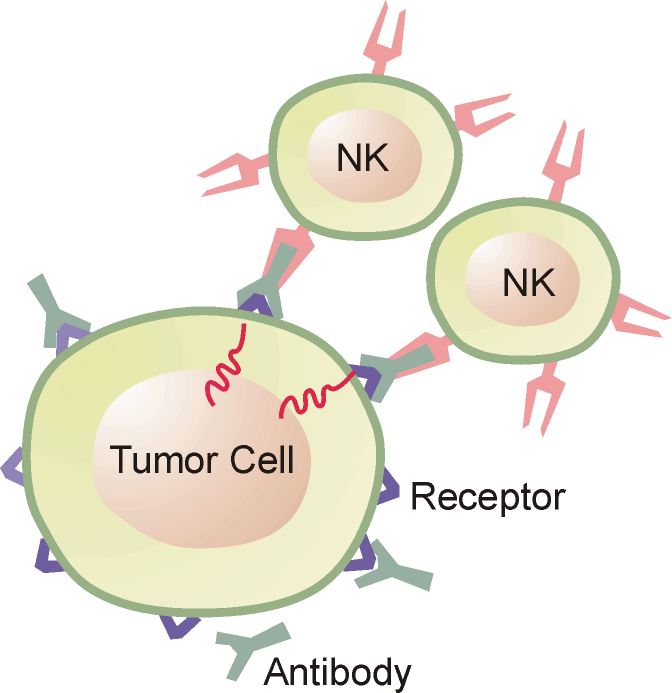 Interestingly, CS1 is also expressed at low levels on NK cells, themselves. Elotuzumab appears to induce activation of NK cells by binding to NK cell CS1 which promotes cytotoxicity against CS1(+) MM cells but not against autologous CS1(+) NK cells.

Elotuzumab may also promote CS1-CS1 interactions between NK cells and CS1(+) target cells to enhance cytotoxicity in a manner independent of ADCC. NK cell activation appears dependent on differential expression of the signaling intermediary EAT-2 which is present in NK cells but absent in primary, human MM cells. Taken together, these data suggest elotuzumab may enhance NK cell function directly and confer anti-MM efficacy by means beyond ADCC alone. 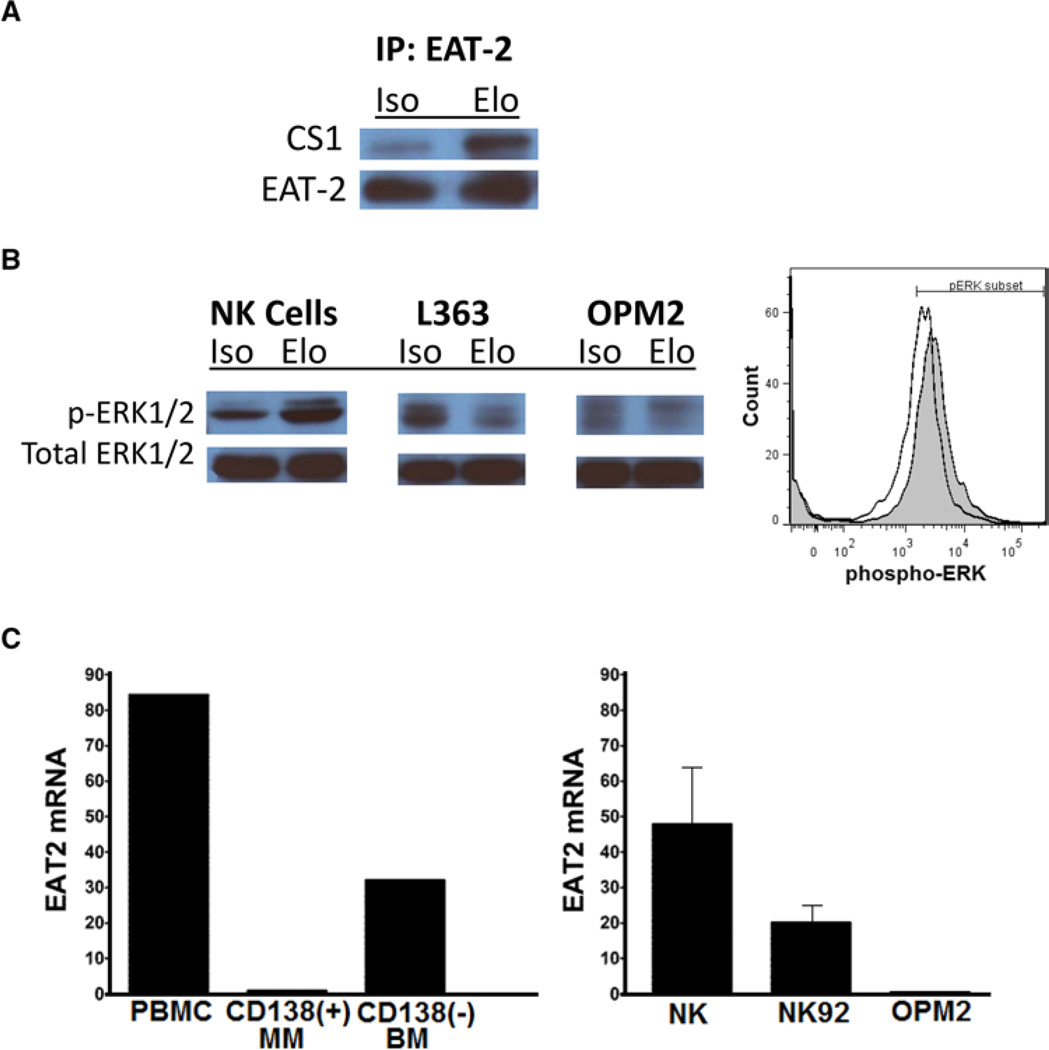 Elotuzumab recruits EAT-2 to CS1 in NK cells and induces downstream signal transduction (a) Elotuzumab facilitates association of CS1 with EAT-2. Lysates from NK cells incubated in either isotype or elotuzumab were immunoprecipitated with an EAT-2 antibody and immunoblotting was performed with an anti-CS1 antibody. Results show that elotuzumab increased co-localization of CS1 with EAT-2 (EAT-2 immunoblot shown as loading control, results representative of n = 2 independent experiments in independent donors. The complementary experiment was attempted using the CS1 antibody to immunoprecipitate and EAT-2 to blot, but this was not successful as the CS1 antibody was not able to function in this manner.) (b) Elotuzumab also appeared to enhance ERK phosphorylation in NK cells (left panel) but not in CS1(+) MM cell lines. (C) Neither EAT-2 protein nor transcript was observed in freshly isolated, primary CD138(+), human MM cells (center bar) as compared to peripheral blood mononuclear cells (left bar) or CD138(−) marrow elements (right bar).

EAT-2 is the Ewing’s Sarcoma-Associated Transcript, which has homology with Src, and is related to signaling lymphocytic activation molecule (SLAM)-associated protein (SAP). EAT-2 mediates its effects in NK cells by linking SLAM family receptors to phospholipase Cγ, calcium fluxes, and Erk kinase.