Researchers examined large-scale genomic datasets and found that patients with higher levels of miR-182 had a better chance of surviving glioblastoma (GBM) longer. This prompted them to perform pre-clinical studies to elucidate the mechanism by which miR-182 acts.

Specifically, they found that miR-182 suppressed the oncogene Bcl2L12 (BCL2-like 12), which blocks cancer cell death in response to chemo- and radiation therapy. The microRNA also impeded the oncogenes c-Met (the hepatocyte growth factor receptor) and HIF2A (hypoxia-inducible transcription factors, which are essential to cellular adaptation to oxygen shortage). HGF induces the EMT (epithelial-mesenchymal transition), a critical step in the development of migration and invasiveness. HIF2A is transiently expressed in the development of the sympathetic nervous system and over-expression of it leads to neuroblastoma.

How Does BCL2 Work?

BCL2-like 12 encodes a member of a family of proteins containing a Bcl-2 homology domain 2 (BH2). The encoded protein is an anti-apoptotic factor that acts as an inhibitor of caspases 3 and 7 in the cytoplasm. In the nucleus, it binds to the p53 tumor suppressor protein, preventing its association with target genes. By these two mechanisms, it is a pro-survival gene. Overexpression of this gene has been detected in a number of different cancers. 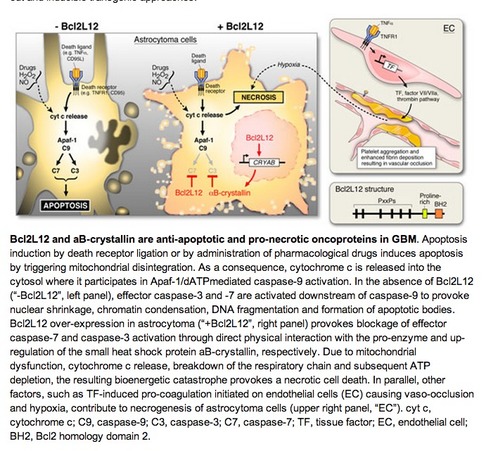 microRNAs (miRNAs) are short (20-24 nt) non-coding RNAs that are involved in post-transcriptional regulation of gene expression in multicellular organisms by affecting both the stability and translation of mRNAs. miRNAs are transcribed by RNA polymerase II as part of capped and polyadenylated primary transcripts (pri-miRNAs) that can be either protein-coding or non-coding. The primary transcript is cleaved by the Drosha ribonuclease III enzyme to produce an approximately 70-nt stem-loop precursor miRNA (pre-miRNA), which is further cleaved by the cytoplasmic Dicer ribonuclease to generate the mature miRNA and antisense miRNA star (miRNA*) products. 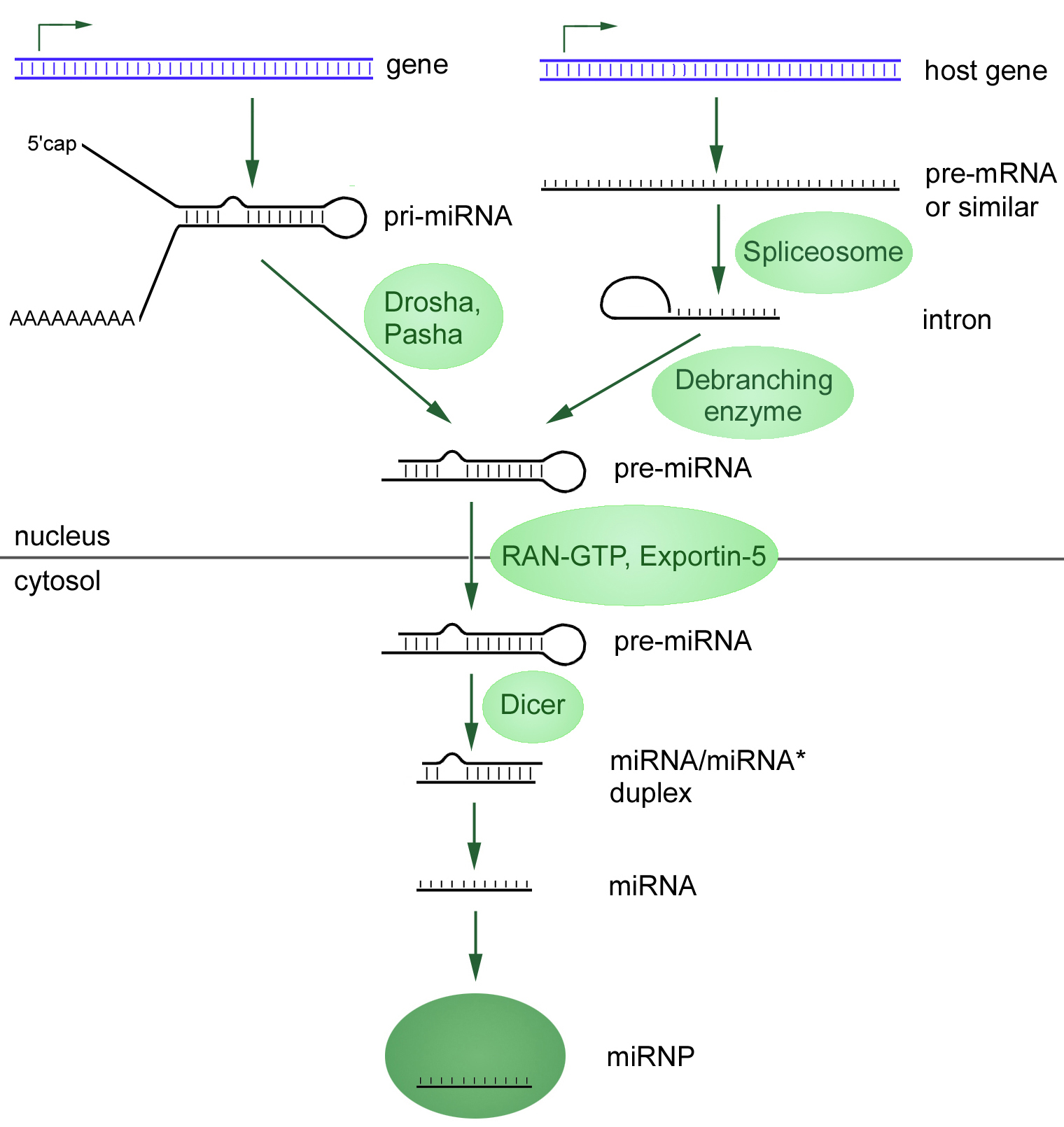 The mature miRNA is incorporated into a RNA-induced silencing complex (RISC), which recognizes target mRNAs through imperfect base pairing with the miRNA and most commonly results in translational inhibition or destabilization of the target mRNA.

What Did the Study Demonstrate?

Senior author Alexander Stegh commented that “SNAs are a very promising platform to silence the particular genes that drive or contribute to cancer progression in individual patients.”

Stegh explained that “we designed a novel delivery method for miR-182 using SNAs,” adding that after crossing the blood-brain/blood-tumor barrier, the conjugated compounds “target oncogenes, regulate cell growth and differentiation, reduce tumor burden and prolong survival in our mouse model.