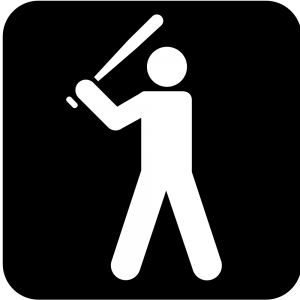 South Orange NJ, October 4, 2019  — If Baseball Commissioner Rob Manfred follows through and finds a way to reduce home runs next season – 85% of the American public will maintain their interest in the game at current levels – and only 6% said their interest would decline.

That was the finding of a Seton Hall Sports Poll conducted this week, where 3% said their interest would increase.  6% didn’t know or had no opinion.

The Poll was conducted among 714 adult Americans across the country, either on landline or cellphone.  The poll has a margin of error of +/- 3.8 percent.

Asked why they thought Major League home run totals were up in 2019, 34% said it was improved hitting, 24% said juiced baseballs, and only 6% said worse pitching.  25% said they didn’t know or had no opinion.

“The home run will always be an exciting play, and the public talks about the increase, but on balance, they like baseball whether the totals are up or down,” noted Rick Gentile, director of the Seton Hall Sports Poll, which is sponsored by the Sharkey Institute within the Stillman School of Business.

(Questions and result breakdowns further below).

This poll was conducted by telephone April 16-19 among adults in the United States. The Seton Hall Sports Poll is conducted by the Sharkey Institute within the Stillman School of Business. Phone numbers were dialed from samples of both standard landline and cell phones.  The error for subgroups may be higher. This poll release conforms to the Standards of Disclosure of the National Council on Public Polls. The Seton Hall Sports Poll has been conducted regularly since 2006.Recently chosen for inclusion in iPoll by Cornell’s Roper Center for Public Opinion Research, its findings have been published everywhere from USA Today, ESPN, The New York Times, Washington Post, AP, and Reuters to Fox News and most points in between.

← American Public Supports College Athletes Receiving Endorsement Money for ‘Image and Likeness,’ as Approved in California this Week
Public Supports Antonio Brown Suspension, but Not as a Standard Procedure for NFL →