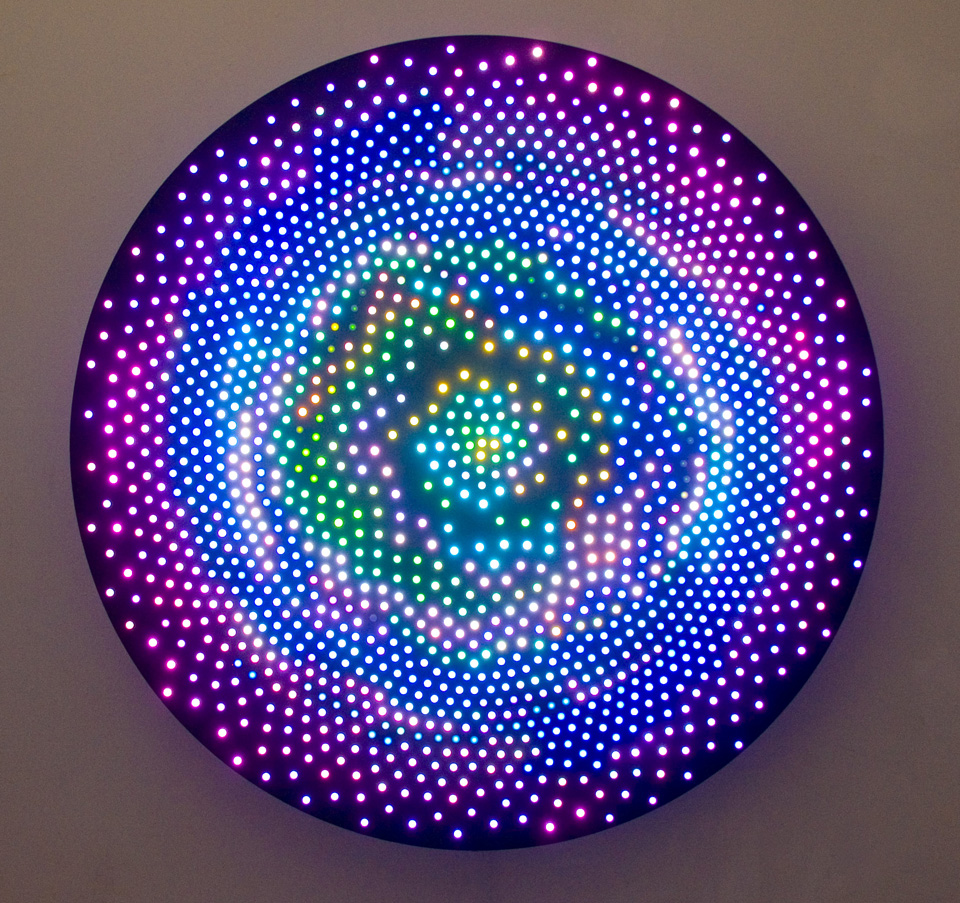 After Martin Gardner published an article in Scientific American about it the game became known as Conway’s Game of Life. Why that title? Because no matter what initial pattern you started with the patterns that emerged after a few rounds were sometimes eerily life-like. You could swear that you were watching a small society of ants or other small creatures moving around in patterns that you’d expect would require far more sophisticated rules than the actual ones used.

If you Google Conway’s Game of Life you’ll see many, many programs to run it as well as catalogues of patterns that emerge and persist and change, and this idea of “emergent behavior”—simple rules giving rise to sophisticated and nearly-impossible-to-predict patterns—has become an important theme in many parts of science. The artist Leo Villareal has now brought the idea to art. Villareal’s light sculptures are like a souped-up and beautifully tricked out Life. Made up of small LED lights operated by simple rules, Villareal has created art that has been featured in museums and galleries on the East Coast, West Coast, and other places in between. The reviews, of course, don’t really do this kind of art justice, but there are a number of videos (this, this, and this to start) available on YouTube that give some sense of Villareal’s work.