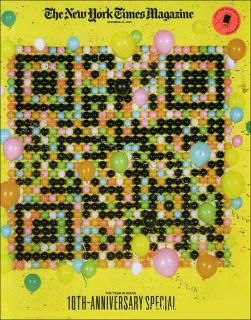 Another year has passed, which means it’s time again for the NY Times Magazine’s annual The Year in Ideas issue, “a high-to-low, silly-to-serious selection of ingenuity and innovation from 2010.” As with the 2009 list, a number of these ideas are based around some bit of mathematics and/or statistical analysis. The ones I’ve listed below are the ones that most prominently feature mathematics ideas, or feature mathematics and/or mathematicians centrally.

One thought on “The 10th Annual Year in Ideas”