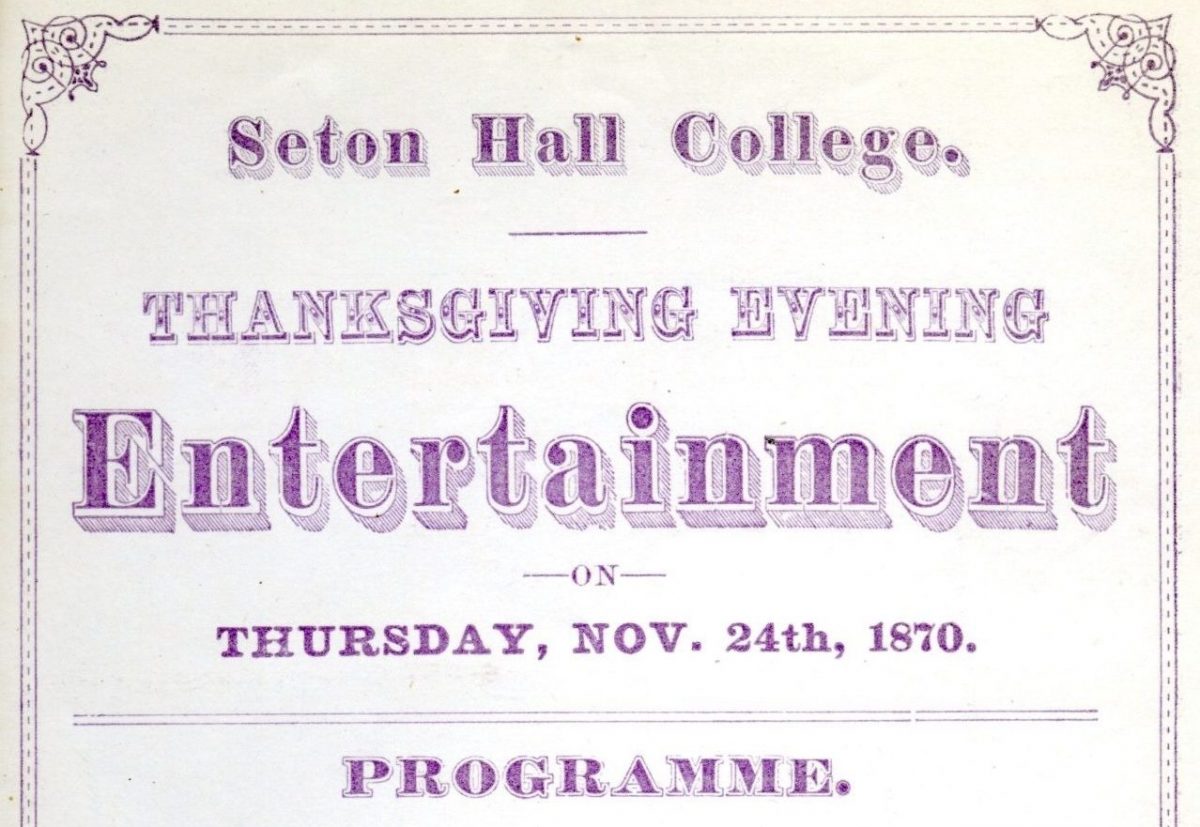 The Thanksgiving holiday has traditionally been a time of celebration and remembrance within the American experience.  The modern observance of Thanksgiving Day began in 1863 during the Civil War and promoted by President Abraham Lincoln as a means of spiritual reflection and call for national harmony. 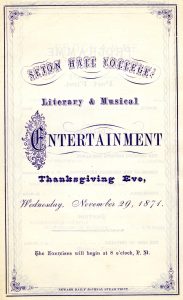 Seton Hall was no exception in this regard as the school formally celebrated this commemoration in various ways during the 19th century.  Honoring the day typically resulted in a release from classes during the morning and afternoon on Thanksgiving Thursday.  After a special repast for those remaining on campus a musical program that featured vocalists and instrumental solos typically completed the day.  Other offerings depending on the year included lectures or theatrical presentations that typically centered on classical themes were presented by students, faculty, and others connected with the college.  Those in attendance often included the few boarding students on campus, clergy, and local citizens the night of Thanksgiving, or on a special date close to the holiday. 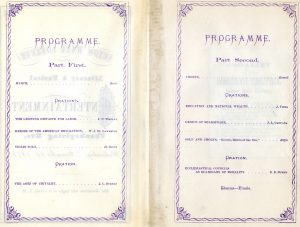 During late November, the school also celebrated the feast day of St. Cecilia who was the patroness of music and musicians on November 22nd.  Seton Hall held various events to celebrate this art form and the importance of melodic expression especially choral groups that served as an important extra-curricular option for the student body.  This was one of the primary activities that distinguished student life during the earliest days of Setonia with the emergence of choral groups and popular student programming that became a regular feature not only for Thanksgiving or St. Cecilia day, but throughout the academic year. 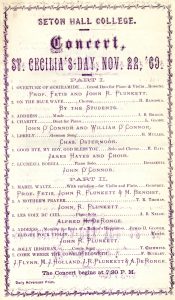 For more information about holiday observances and any aspect of Seton Hall University History please feel free to contact us via e-mail at:  Alan.Delozier@shu.edu or by phone at: (973) 275-2378.