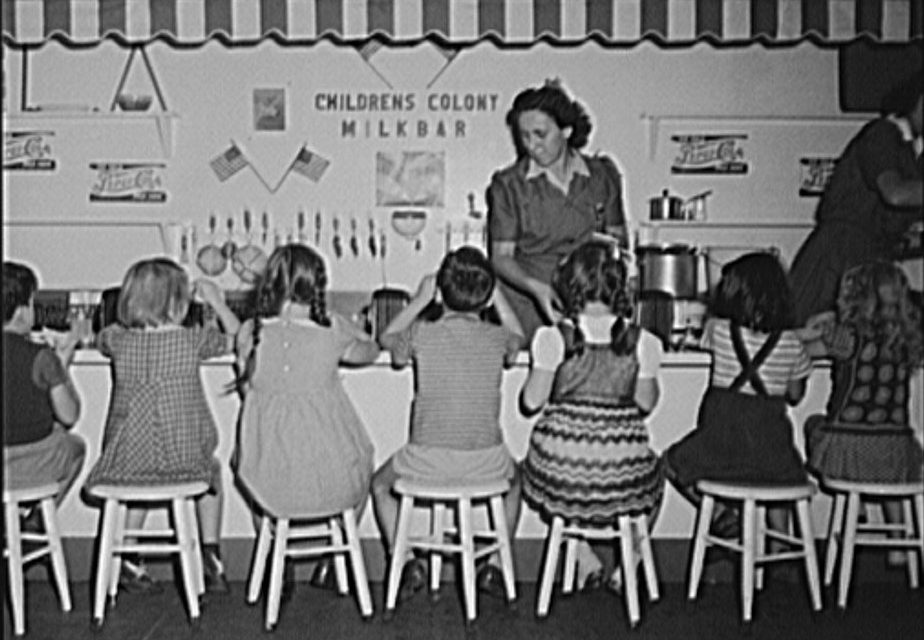 Countless European civilians desperate to escape Axis-dominated countries wish to come to the United States. A little over a week ago, 677 such refugees arrived in New York harbor.

The refugees traveled to America aboard the ocean liner Drottningholm. While all of the passengers had took the same journey across the Atlantic, they came from very different homes. The liner was filled with individuals from Axis-held Germany, Poland, Czechoslovakia, and Italy, as well as fascist-ruled Spain.

The passengers arrived amidst a time of wariness. As the ship docked in the harbor, U.S. officials geared up to conduct an unusually extensive check of everyone aboard. The FBI, Navy, and Army all cross-questioned every individual, in an effort to remain vigilant against invasions of Axis spies.

In the ship’s first seven hours docked, only 32 passengers were permitted to leave the pier. This meant that hundreds of other disappointed passengers had to turn back around and spend yet another night on the Drottningholm. Officials say releases are coming more rapidly, but a week after the ship’s arrival, more than 500 of the 677 passengers remained on board.

While the U.S. is being extra diligent in background checks, this is actually a time of influx in refugees for America. This comes after public officials are urging the U.S., and other Allied powers, to welcome refugees. Albert Abrahamson, executive director of the National Refugee Service, presented to over 200 national leaders in refugee aid on the importance of welcoming in these individuals. James McDonald, Chairman of the President’s Advisory Committee on Political Refugees said any fear or cruelty directed towards refugees is unfounded. Even the First Lady has spoken out encouraging Americans that refugees can help in the war effort as they all bring a different perspective to the table. 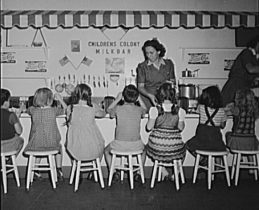 Lunchtime at Children’s Colony, a school for refugee children in New York City. Photograph by Marjory Collins. From Library of Congress.

Ruth Mitchell spent 12 months in a concentration camp prior to her journey, and ended up being the first passenger to step ashore. While excited to start fresh, she is not ready to forget where she comes from. As a member of the Yugoslav guerrilla army harassing Axis forces, she says one thing that won’t change is her loyalty to her country and that fight.

“I am still a guerrilla,” she said. “Once a member, always a member.”

Mitchell was not alone in carrying a long history with her to America. Officials are hoping that the various experiences that the refugees carry will be a benefit in the continued fight against the Axis forces. In fact, government officials are putting the refugees to work right away, starting with education.

The first vocational training school for refugees opened last night on Canal Street. It already has 160 refugees enrolled and over 200 on the waiting list. The school trains refugees to operate machinery through a four-month program. Training more refugees in these skills will result in an increased war effort.

The school is currently at capacity with 160 refugee students enrolled, leaving a lot of unknowns for the refugees waiting aboard the Drottningholm. A world of unflinching hope awaits. Yet, when the intelligence officials ended interrogations for the night and sent the refugees lined up against the rails back to their quarters on the Drottningholm, you could feel a sigh of disappointment in the air.