Since October of last year, Iraqis from all backgrounds have taken to the streets protesting against the government’s incessant corruption, poor services, and foreign influence in state decision making. Although Iraqis continue to protest, the demonstrations proved successful, as Prime Minister Adel Abul Mehdi submitted his resignation in late November while the Parliament began to take steps to reform election and corruption laws. However, Iraqis are still dissatisfied with the government, as the Parliament nominated former Communications Minister Mohammed Allawi for Prime Minister despite protesters want someone without a previous ministerial position as reported by The Arab Weekly.

As Iraqis express their frustration with the government’s decision, Moqtada al-Sadr, an influential Shia cleric with popular support, sided with the Parliament’s nomination of Allawi and told protesters to end their demonstrations while, according to Reuters, telling his “blue hat” supporters to help security forces restore normalcy for schools, businesses, and the government. Protesters rejected Sadr’s call and took to the streets, chanting against Allawi and Sadr. Following the demonstrations, Sadr tweeted a statement calling for the protests to be “cleansed” through segregation, suggesting that men and women have been sleeping together in tents while drinking alcohol or taking drugs. Their response to him — this isn’t your movement.

On February 13th, women organized in major cities and marched wearing colors reminiscent of International Women’s Day while holding signs such as, “Women rule the world” and “I can’t believe I’m still protesting this s***.” Dubbed the “Million Women March”, the demonstration highlighted the roles women played in society and in the protests, as reported by Al-Jazeera. Part of the reason for the protest is to shed light on the perpetual violence against women in Iraq society. According to The New Arab, female protesters faced violence or were killed by security forces. Notable activists killed in the protests were Sarah Taleb, Huda Khutheir, Zahra Karlusy and Jenan Shahmani.

Although Middle Eastern policies have been sexist against women, Iraq led the Arab World in women’s rights during the 1960s. “Iraq was a very advanced country in terms of social rights,” said Iraqi sociologist Zahra Ali in an article with Rutgers University stated. Ali continued, “We had an excellent welfare system, an excellent educational system and an excellent childcare system. Women were in a good position with their personal rights of marriage and divorce.” However, those rights were rescinded with the introduction of Sharia in the mid-1990s due to the rise of political Islam in the region.

Despite the significance of the Million Women March, this is not the first organized women’s protest in Iraq. Five months after the US-led invasion in Iraq, the Organization of Women’s Freedom in Iraq (OWFI) organized the first post-invasion protest to bring attention to the increase of rapes and abductions of women. Furthermore, as political Islam continued to dominate politics in Iraq, honor killings and forced marriages were normalized while women were restricted to conservative societal norms. According to the founder of the OWFI, Yanar Mahmoud, she states in Guernica Maganize “war and occupation have cost Iraqi women their legal standing and their everyday freedom of dress and movement.” With fewer rights and freedoms, women continue to bore the burden of responsibility, especially after the loss of her husband, father, or son. Although the ratification of the Iraqi Constitution in 2005 gave women representation in the Parliament, those positions are noted to have little to no power and are given to family members of ranking political party leaders.

Since Sadr’s statement about the demonstrations, it is clear to Iraqis that Sadr would rather continue the current quasi-Islamist system than moving towards a more secular government. Both men and women have been active in the Iraqi Protests since the beginning whether they were on the streets, aiding those who were hurt, or preparing essentials. Given the strong participation of women in the Million Women March and the emphatic support of men, a secular Iraq would mean a feminist Iraq. However, a secular and feminist Iraq would also mean a loss of influence for Sadr, who derives his power from the existence of political Islam. Considering women represent half the population, he held his own demonstration a day after the Million Women March and encouraged women to join. 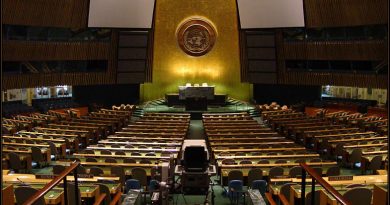 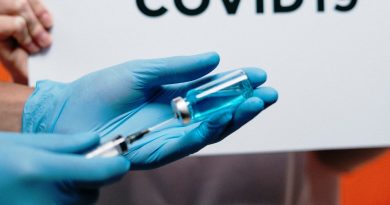