Only 9% think GM should be fired; by 46-36% public supports Adam Silver’s handling; but 69% expressed concern that China has so much influence over an American professional League

Only 9 percent of the public thought the Rockets GM, Daryl Morey, should be fired, with 77 percent saying the Rockets should keep him and defend his freedom of speech.  14 percent said they did not know or had no opinion.

In addition, 54 percent of the nation feels Daryl Morey should be applauded for taking a stand supporting the Hong Kong protesters, with only 19 percent saying he should not have sent the tweet because it risked valuable relationships over a foreign domestic issue.  27 percent did not know or had no opinion.

These are the findings of a Seton Hall Sports Poll, conducted this week among 703 adult Americans across the country on both landlines and cellphones.  The Poll has a margin of error of +/-3.8 percent.

NBA Commissioner Adam Silver first apologized for the tweet but later backtracked and showed support for freedom of speech.  46 percent of the public felt he handled it well, and 36 percent say he did not, with 18 percent saying they did not know or had no opinion.
END_OF_DOCUMENT_TOKEN_TO_BE_REPLACED 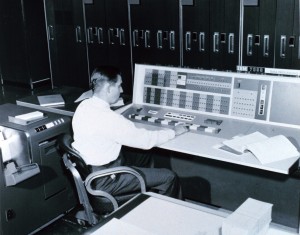 Click below to hear or download a discussion on the findings of the most recent Seton Hall Sports Poll release– featuring veteran sportscaster and analyst Seth Everett with Rick Gentile, Director of the Sports Poll and 10 time Emmy Award winner for his work as Executive Producer and Senior Vice President of CBS Sports.

South Orange, NJ, September 22, 2016 — Americans disapprove by nearly 2 to 1 (with many having no opinion) of San Francisco quarterback Colin Kaepernick’s sitdown/kneeldown during the playing of the national anthem in protest of police violence against people of color – but approve of his right to protest by a 4-1 margin, according to a national poll conducted this week by the Seton Hall Sports Poll.

Only 20% feel he should be ordered to stand or dropped from the team if he refuses, but 80% support his right to protest. Of those 80%, 47% say they believe he is wrong for not standing and 33% find the method of protest to be acceptable.

The poll was conducted this week among 875 adults on both landlines and cellphones across the nation. (There is a margin of error of +/- 3.4%).

Overall 47% disapprove of Kaepernick’s actions, with 27% approving. 22% had no opinion. However African-Americans were just the opposite, approving his actions by more than 2 to 1.

Only 13% said they would support Kaepernick’s protest by themselves remaining seated if they were present for one of his games.

Overwhelming Support for Playing of Anthem

“The act of his protest has been widely publicized but it is surprising that 81% know what the cause is,” said Rick Gentile, director of the Poll, which is sponsored by The Sharkey Institute. “Our poll indicates that people are sensitive to the complexity of the situation and there is clearly no rush to penalize him or drop him.”

Rick Gentile was interviewed by Seth Everett for a podcast on the poll’s findings.

This poll was conducted by telephone September 19-21 among 875 adults in the United States. The Seton Hall Sports Poll is conducted by the Sharkey Institute.

1. Are you aware of San Francisco 49ers’ quarterback Colin Kaepernick’s refusal to stand during the national anthem prior to 49ers football games?

2. Do you know what Kaepernick is protesting by his gesture?

Yes or Police violence against people of color 81

3. How do you feel about the fact that Colin Kaepernick kneels down on the sideline instead of standing during the playing of the anthem? Do you approve, disapprove or have no opinion?

4. Do you feel that Kaepernick should find a different way to make his protest known?

6. If you attended a sporting event would you remain seated during the anthem to support Kaepernick’s protest?

7. Do you think the national anthem should be played before sporting events?

8. Do you think it’s appropriate for players to stage protests while in uniform on the field or on the sidelines?

9. Which of the following statements do you most agree with:

I don’t support Kaepernick’s right to protest and believe he should be ordered to stand or be dropped from the team if he refuses. 20

I support his right to protest but believe he is wrong for not standing for the
anthem. 47

I support his right to protest and I think not standing for the anthem is an acceptable way to do it. 33

10. Do you think it’s appropriate for celebrities to use their fame as a platform to make protests?