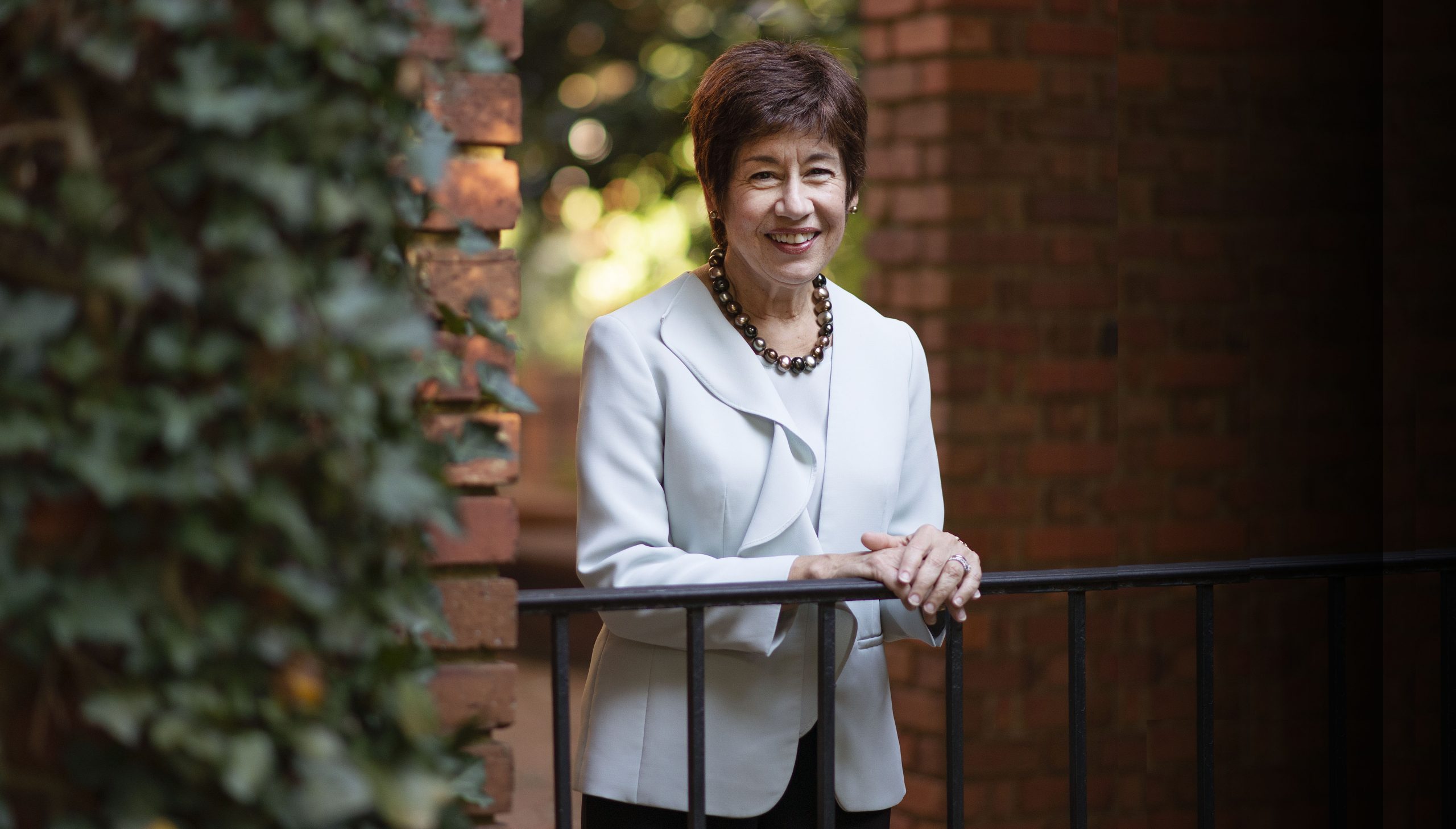 Published April 20, 2020
A gift from Pat Burgh House, Ed.D. ’01 to the Stetar-Finkelstein Fund recognizes
her lifelong commitment to learning.

It was PSAT day for 16-year-old Pat Burgh, a high school junior living outside New Haven, Connecticut. Her No. 2 pencil in hand, she filled out a form that asked, among other questions, which academic degree she would ultimately like to earn. Bachelor’s? Master’s? Doctorate? She checked doctorate.

Decades later, former Seton Hall administrator Pat Burgh House, Ed.D. ’01 recalls that simple gesture “clear as day,” for it foreshadowed a lifelong love of learning and a particular commitment to higher education. House recently fortified that commitment with a generous gift to the Stetar-Finkelstein Fund, which supports the University’s higher education doctoral program within the Department of Education Leadership, Management and Policy at the College of Education and Human Services.

Mary J. Meehan ’72/M.A. ’74/Ph.D. ’01 launched the fund while serving as interim president of Seton Hall, and she insisted on naming it after professors Joseph Stetar and Martin Finkelstein to recognize their contributions to the program and its students over many years. Those students have included both Meehan and House.

“People like Joe Stetar and Marty Finkelstein were inspirational examples to me of scholars who made teaching and mentoring just as important as their research and scholarship,” House says. “They were teachers, and they found that to be just as important as any professional achievement in the field.”

By the time House earned her master’s degree in educational administration at Fairfield University in Connecticut, where she began as an admissions counselor shortly after graduating from Boston College, she had already determined to chart a career course as a college administrator. “The power of education to me, there’s nothing else with that power,” House says. “It’s what can make the world a better place. Every individual has a right to that opportunity, and I believe strongly the profession is a very noble one.”

House arrived at Seton Hall in 1986 as the dean of enrollment services, admissions, and financial aid. (Stetar, then the associate provost, was her boss.) While still working as an administrator, she began the long process to earn a doctoral degree in higher education administration, taking classes with both Finkelstein and Stetar, her doctoral adviser, and learning firsthand the profound influence the professors have left on countless Seton Hall students. “It was for me the manifestation of what higher education is about and what it can accomplish,” she says.

During her 15 years in South Orange, House also served as associate vice president of enrollment management and director of Seton Hall’s image campaign. They were formative years, during which she forged lifelong friendships and an abiding fidelity to the University, in particular its mission to produce servant leaders. (Today House is an executive vice president at Graham- Pelton, a global fundraising management consulting firm for nonprofit organizations.) House says her doctoral experience, highlighted by the mentorship she received from Stetar and Finkelstein, led directly to her donation to their namesake fund. “It was important to me to join Mary Meehan and others in tribute to them,” she says.

Maureen Gillette, dean of the College of Education and Human Services, says such gifts will enable Seton Hall’s higher education program to enhance both the student and faculty experience by bringing guest speakers to campus and providing critical research funding. “Pat’s gift is important,” Gillette says, “because it is yet another generous donation that recognizes the significance of research and scholarship in the field of higher education right now.”

It was also at Seton Hall that Pat Burgh met a rising young science faculty star named Steven House. They were married in 2000, and both left Seton Hall a year later, but Pat House says their respective tenures at the University remain highlights of their college careers. (Steven House is now executive vice president at Elon University in North Carolina.) In fact, the Houses recently made another major donation, creating the Patricia Burgh House and Steven House Endowed Discretionary Fund for use by the Seton Hall president.

As Pat House tells it, their recent gifts were not difficult decisions. “We have higher education administration in our blood, obviously,” she says. “You add it all up — the impact of Seton Hall on our lives, the emotional ties, the proven need for an endowed unrestricted president’s fund, the benefits of philanthropic planning — it was, quite frankly, a very rewarding decision to make.”