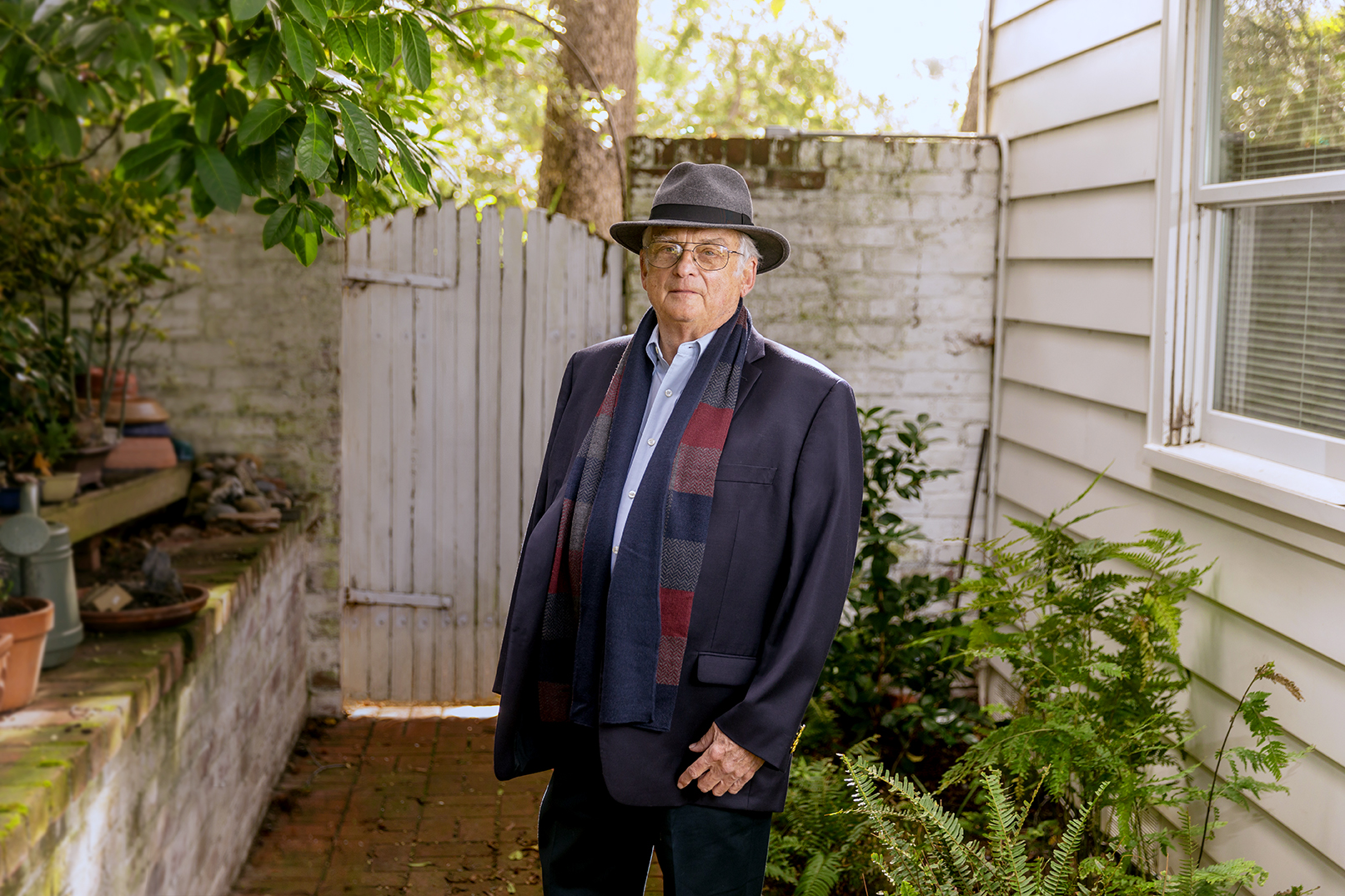 Published May 5, 2018
Dr. Arthur Ammann ’62 won’t rest until patients receive access to life-saving AIDS treatment no matter where they live.

In 1983, Dr. Arthur Ammann ’62 embarked on a strange late-night road trip. One of his young patients had died, and he suspected the 4-year-old might have had a new condition called AIDS. If he was right, the pediatrician and his colleagues would need blood and tissue samples to work out how a disease that seemed to mostly affect gay men had come to afflict a child.

But the child’s body had already been sent to a pathologist for an autopsy. So Ammann packed a cooler with dry ice, got in his car, and drove 35 miles from San Francisco to Sonoma County to find his patient’s remains.

Growing up the son of working-class German immigrants in Brooklyn, Ammann never expected to find himself at the front lines of a burgeoning epidemic. He wasn’t even sure he would get into medical school. His acceptance to Seton Hall’s College of Medicine and Dentistry (which was later absorbed into what became the University of Medicine and Dentistry of New Jersey) still seems hard for him to fathom decades later. “Enthusiastic, very focused professors gave this kid from Brooklyn an opportunity to do research,” he says. “That was unbelievable.”

At Seton Hall, Ammann grew interested in immunology, a relatively young field that seemed ripe with possibility for new discoveries. In 1971, he accepted a position at the University of California, San Francisco Medical Center, and wanting to study children with rare genetic immune disorders, he set up the first immunology lab in the northern part of the state.

Soon after, Ammann and his colleagues ran a series of pivotal clinical trials that led to the 1976 approval of the pneumococcal vaccine, a shot that protects against bacterial pneumonia and meningitis. Since that time, the vaccine has saved millions of lives.

But Ammann set that work aside after the AIDS epidemic hit. When gay men began to fall ill in San Francisco with what looked like an immune disorder, physicians turned to Ammann. “We were the only laboratory in Northern California that had the ability to look at the immune system and define it as either normal or abnormal,” he says.

Doctors soon realized the illness wasn’t confined to gay men. In 1982, Ammann met two children who also seemed to have this mysterious new syndrome. The first was the toddler who inspired Ammann’s late-night trip to Sonoma County. The other was a 2-year-old boy who had received more than 20 blood transfusions. One of those transfusions came from a donor who later developed AIDS. “We felt it had to be an infectious disease,” he says. “We had a very uneasy feeling that this was going to be big.”

They were right. By 1991, about 180,000 Americans were living with AIDS, and many of those patients were children. “I can’t describe to you what pediatric hospital wards looked like in that period. They were filled with infants and young children who were dying of the disease,” says Dr. Bonita Stanton, dean of the Hackensack Meridian School of Medicine at Seton Hall University, which opens in July.

But researchers began to make headway. They identified the virus that causes AIDS and found a drug that seemed to block its activity. They also found a drug that curbed transmission from mother to child. “By 1996 we had 30 different treatments,” Ammann says. “It was an extraordinarily exciting time and discoveries were just being made continuously.”

Ammann soon realized, however, that great discoveries aren’t enough — they have to reach the people who need them, and he is among those who have been fighting to make that happen. In 1999, Ammann founded Global Strategies for HIV Prevention (now Global Strategies), an organization that supplies HIV testing and drugs to prevent the transmission of HIV from mothers to their children, along with many other health services. The organization has done a lot of good, but to Ammann it never feels like enough.

In September 2017, Ammann came back to Seton Hall to discuss his new book, Lethal Decisions: The Unnecessary Deaths of Women and Children from HIV/AIDS, which addresses many of these issues. He also met with pre-med students, whom he hopes will eventually take up the fight for justice and equality in health care. He wants them to know that they can make a difference. That might sound trite, he says, but it’s true.

Stanton also is committed to making sure that happens, saying the new school of medicine will have a laser focus on reducing disparities in health care so that everyone can enjoy good health regardless of race or income.

Ammann, who will turn 82 this year, doesn’t see himself slowing down anytime soon. On a recent trip to Africa, he met a group of women with HIV. “If you listen to their medical histories it sounds like you’re 20 years back in the AIDS epidemic,” he says. “They’re being neglected because of who they are.”

As long as this kind of inequality persists, Ammann can’t imagine stopping. “I’m going to keep on battling,” he says.

Cassandra Willyard is a freelance writer in Madison, Wis.