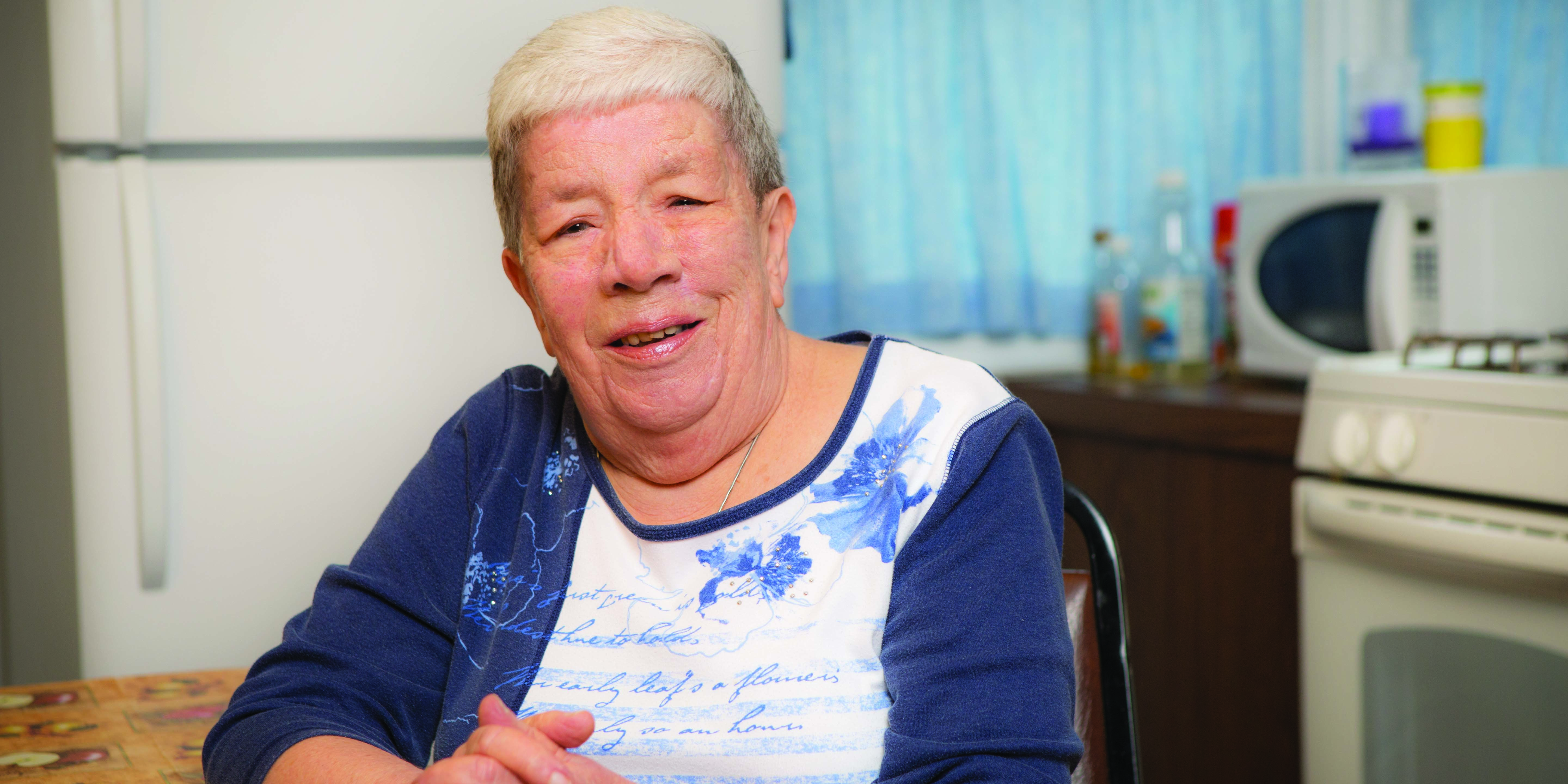 In Louise Hogan’s living room is a creche that is displayed in every season. The Holy Family tableau was a gift from her son Robert ’80, who lived with her in this cozy house overlooking the Passaic River until his death from cancer at the age of 56.

“Bob was amazing. I never had to tell him to do anything; he was always there,” Louise said. “Fifty-six years I had him, and I was there, holding his hand, when he died. And I know he’s here with me now, watching me, listening to me.”

When Bob Hogan died, he left his mother everything he had earned and saved over years of frugal living. In his honor, Louise Hogan has given $200,000 to Seton Hall to fund the Robert Hogan Endowed Scholarship. “I want to do something to help students better themselves,” she said, knowing that her son would want to support the school he loved and the students in it.

She always knew that her sons would go to college. “I never had a college education — we couldn’t afford it, we were four kids, and when I was growing up, my mother and father had nothing. But my mother brought me up that if there’s some way you can help somebody, you should help.”

Seton Hall was Bob’s first college choice, and he attended on a partial scholarship. He intended to enter a math-focused business field, and he found his academic home at the Stillman School of Business. With a group of friends who called themselves the Has-Beens, he played pick-up basketball and touch football and found a lifelong love for Pirates basketball, whose stats he tracked with a mathematical passion.

After graduation, he became a C.P.A. and spent much of his career working as an accountant for utility companies, including Morristown’s General Public Utilities and Jersey Central Power & Light. He loved to be outdoors — running every morning and taking long walks on his lunch break. He picked up coins along the way and saved every penny and dime.

In the evenings he returned to his childhood home to share supper with his mother. On his days off they often took day trips to outlet stores at the Jersey shore or up to West Point to walk the grounds. They attended plays at the Barn Theatre in Montville.

In the autumn of 2012, he was diagnosed with cancer. His mother cared for him throughout a 2½-year illness, until he passed away on March 28, 2015.

As Louise reflected on the beautiful life her son had lived and shared with her, Seton Hall shone brightly. In endowing a scholarship in his name, she ensured his gift to her would improve students’ lives for years to come.

This academic year, William Sayegh ’17, Nashaba Chowdhury ’18 and Cassandre Rene Jules ’17 were named the inaugural recipients of the Robert Hogan Endowed Scholarship. All of these students have an interest in the health sciences. Sayegh hopes to be a cardiac surgeon someday, Chowdhury studies nursing and Jules has worked for years as an emergency medical technician.

Jules worked her way through college, but a lapse in financial aid after her sophomore year obliged her to take a leave of absence from college. While working to save up for tuition to return to her coursework, she also cared for her mother and grandmother as they both underwent treatment for cancer that year.

The Robert Hogan Endowed Scholarship has eased the financial pressure on Jules, who is the first in her family to attend college. “I’ve fought so long to work my way through college, and this scholarship has greatly helped me,” she said. “For Louise Hogan to have such a wonderful heart, to say that ‘In memory of my son, I am going to help someone else,’ that is so beautiful, it is something I couldn’t have imagined. There’s a lot that I would like to say to her, but the most important is ‘Thank you’ — and I feel that thank you is not even enough.”

Louise sat in her kitchen and listened to the stories of the students who would be the beneficiaries of her son’s legacy. “This would have been right up Bob’s alley,” she said. “It makes me feel wonderful to know that it’s in his name, and that he’ll never be forgotten.”