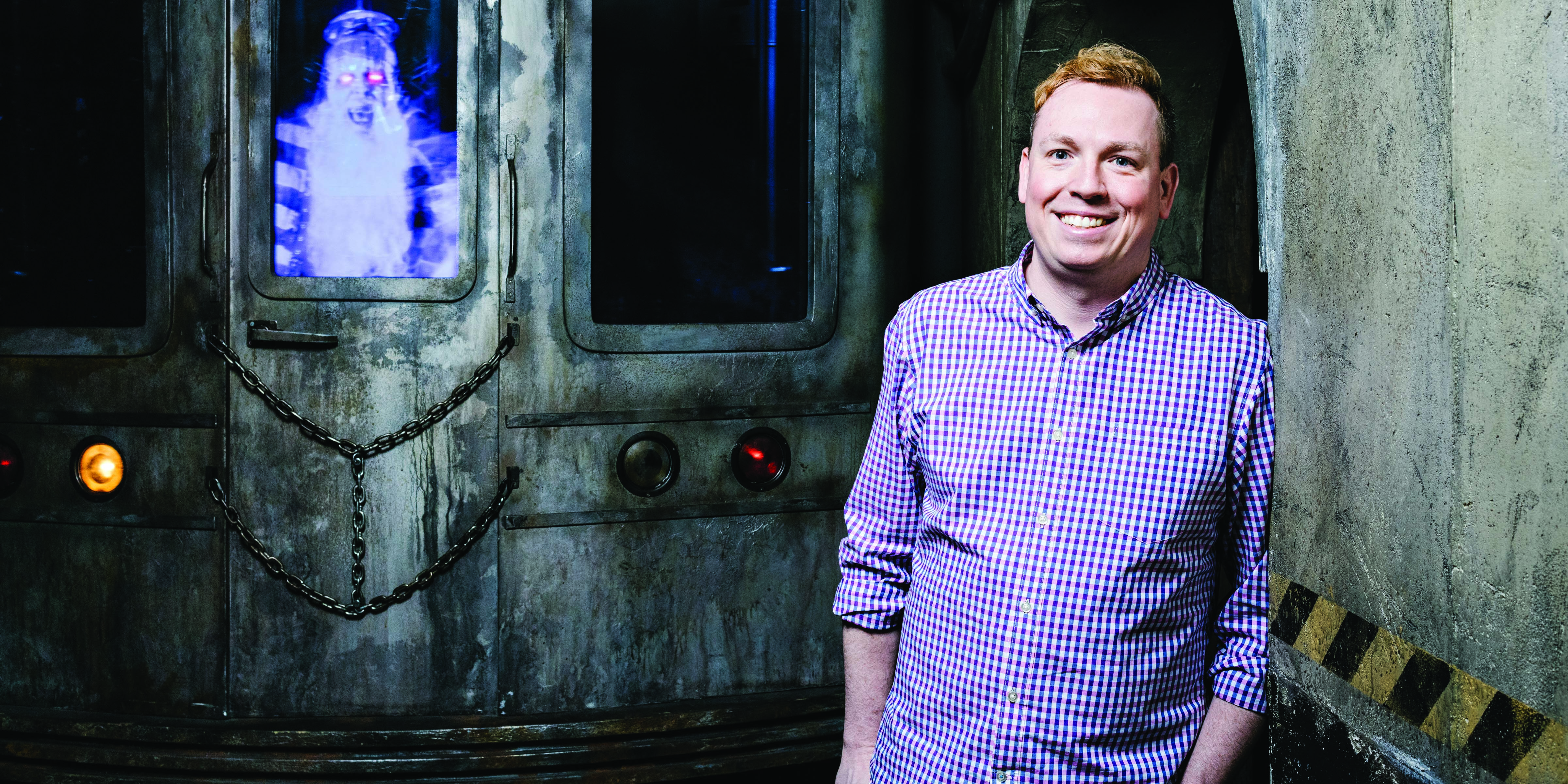 You can tell a lot about how Bryan Meszaros ’00 runs his digital design agency just by reading his business card. It doesn’t identify Meszaros as the founder or president or CEO of OpenEye Global. Instead, he’s the “Big Cheese.”

The cheeky title is a reminder of the let’s-not-take-our-selves-too-seriously culture that Meszaros has cultivated at OpenEye, where the controller is known as “The Bean Counter,” the chief strategist as “The Scribe,” and the creative director as “The Dude” (yes, from The Big Lebowski).

You get the idea. Meszaros and his team of 10 employees do take their work seriously — we’re talking about $2.2 million in annual revenues, after all — but themselves, not so.

\That company culture has evolved even without the advantage of a company headquarters. Meszaros works out of his home in South Amboy, N.J., and his staff is scattered across the country, from Staten Island, N.Y., to Bainbridge Island, Wash. With just two exceptions, he’s known (and worked with) each of his employees for more than 10 years, and when he speaks of them collectively, he refers to them as “family.”

“We’re all invested in this, in OpenEye,” Meszaros says. “There are no individual egos. Everyone pulls together.”

Meszaros started the company in 2002, just two years after graduating from Seton Hall and he ran it solo for much of the next decade. The firm began by helping businesses design their digital signage, such as the kiosks that help travelers navigate their way through airports. But in recent years OpenEye has expanded its services so dramatically that Meszaros sometimes has trouble explaining his company to the uninitiated. That’s because OpenEye’s work has gone beyond mere design, he says, to developing a fuller digital experience.

“It’s basically helping people that have known spaces — whether it’s retailers, museums, public spaces — to identify what’s happening in their space, what are they struggling to do, and how do they use digital and interactive technology to solve that problem,” Meszaros says.

In 2013, OpenEye won a multimillion-dollar contract with Santander Bank, a deal that raised eyebrows throughout the digital signage industry. “We competed for that project against agencies that should have crushed us,” Meszaros says. “They liked us because we were noncontroversial. We never complain. We just do our job. We’re like a blue-collar agency.”

At the time, OpenEye consisted of Meszaros and a single employee, but the Santander deal enabled him to beef up his staff. Today OpenEye handles the digital signage at more than 700 Santander branches across the country, and the bank remains OpenEye’s largest client.

Chris Whalen worked closely with Meszaros as the creative director in the marketing department at Sovereign Bank, an OpenEye client, and continued to collaborate after Sovereign was bought by Santander. After OpenEye won the Santander contract, Meszaros convinced Whalen to come work for him. “One of things that impressed me about Bryan originally was that I could tell he was willing to go the extra mile,” Whalen says. “They really wanted to see any program they work with succeed. He was excited about the prospects of it, and he was always coming in with new ideas and better ways of doing things.”

Within the industry, OpenEye’s work has not gone unnoticed. In 2009 the American Association of Museums presented OpenEye with a MUSE award for a digital navigation system the firm built for the Smithsonian Museum of Natural History in Washington, D.C. Design:Retail has named Meszaros one of its 40 under 40, a roster of what the magazine called “the next generation of talented stars driving the future of retail design.” Last year, Smart CEO magazine honored OpenEye with a Corporate Culture Award.

Meanwhile, OpenEye continues to redefine itself. Last year, at Madame Tussauds in New York City, the firm helped create the “Ghostbusters Experience,” based on the popular film, which the wax sculpture museum described as “a fully immersive, authentic and multisensory space” in which visitors encountered digital reproductions of, among other venues, a crowded New York subway car and the neon-lit mayhem of Times Square. For Meszaros, the project expanded his perception of the digital services that OpenEye can provide.

“We’ve kind of set ourselves up,” he says, “for really venturing more into the unknown.”