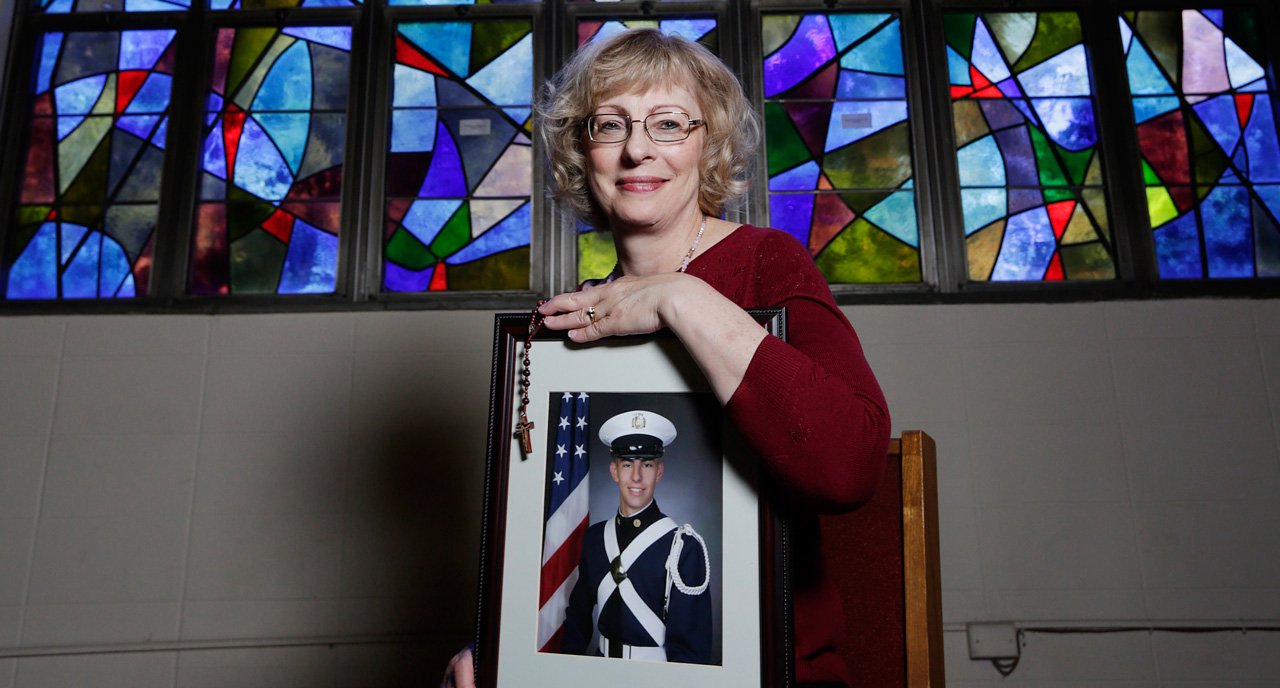 When Barbara La Porte tells her story, she raises some of the hardest questions most of us will ever face: How do we make sense of tragedy? When another’s actions cause us suffering, how do we respond? When the unimaginable happens, where do we turn?

Eight years ago, on April 15, 2007, La Porte attended services for Divine Mercy Sunday, as she has every year. Celebrated on the second Sunday of Easter, the devotions are based upon the revelations to Saint Faustina Kowalska and invoke a message of forgiveness, both human and divine. La Porte prayed for her family, and in particular focused on her son, Matthew, a 20-year-old Air Force ROTC cadet and sophomore at Virginia Tech, in Blacksburg, Va. “I prayed for him a little more than usual, because as a typical college student, he wasn’t participating as much in his faith as he was at home,” she recalls. “But I knew he had to own his faith himself, and I was praying for him so that he would at least remain close to God, wherever he was being led. I left services feeling really peaceful.” 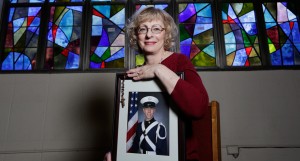 he next day, with Matthew still on her mind, she decided to call and check in, but his roommate told her she’d just missed him; he had already left for French class at Norris Hall.

That morning, 32 people were shot and killed at Virginia Tech by a disturbed student. Matthew was among the dead.

“I didn’t have any anger,” La Porte says of that day. “I had a lot of pain. It hurt. But somehow, having Divine Mercy Sunday preceding the death of my son, I was able to forgive, and that helped me heal. It didn’t happen overnight. But that’s OK, because the story isn’t ended. My life is still going on.”

The path to healing led La Porte to Immaculate Conception Seminary School of Theology. She began her studies in the Seminary’s Theological Education for Parish Services certificate program, then earned her master’s in theology. She describes her experience at Seton Hall as part of an ongoing faith journey, guided by the Holy Spirit and accompanied by her son. “I didn’t realize at the time that I went to school for healing,” she says. “But Matthew was with God, and I wanted to know more about God, about Heaven, about the place where Matt is.” At graduation, she wore her son’s photo pinned to her gown.

In the face of heartbreak and tragedy, Barbara La Porte, M.A. ’13 relied on a steadfast faith in God. Her journey toward healing offers a remarkable lesson in the power of forgiveness.

While at Seton Hall, supported by mentors and peers, La Porte began to develop skills as a public speaker, discovering a calling to spread the news of The Divine Mercy to help others who are suffering.

Associate Dean and Assistant Professor of Pastoral Theology Dianne Traflet was among those who encouraged La Porte to share her story. “Barbara is an extraordinary human being, and from our earliest meetings, I felt her message had to get out,” Traflet said. “She came to me to talk a little bit about her faith, and she spoke about how God is with her in her great pain. I remember her saying, in essence, ‘How could I possibly not forgive, if I believe that my son is with God, who is love? In a sense, if I’m being unloving, then I am not with God, and therefore I am not with my son.’ ”

In April, La Porte traveled back to the cemetery where Matthew is buried to see him honored with the Airman’s Medal, the Air Force’s highest honor for heroism outside of combat. The medal was awarded after discovering that Matthew charged the gunman in an attempt to prevent his entry into the classroom. In accepting the medal, La Porte asked those there to follow her son’s example: “To be more than a witness, you need to be involved and reach out to others.” She added, “Matthew challenged me to be that person. He challenges you now.”

As Catholics worldwide prepare to celebrate 2016 as a Holy Year of Mercy, La Porte hopes to spread her message of forgiveness to wider audiences. She continues to accept offers to speak, and she has written essays for Magnificat and other publications. She is also working on a memoir, gathering her own writings and some of Matthew’s poetry. But for now, she says, she is allowing the Holy Spirit to guide her. Her faith journey is still being written.

And as each opportunity arises, she shares her story: of living through a tragedy and, through the transformational power of forgiveness, finding strength, hope and the courage to support others in their own times of trial.