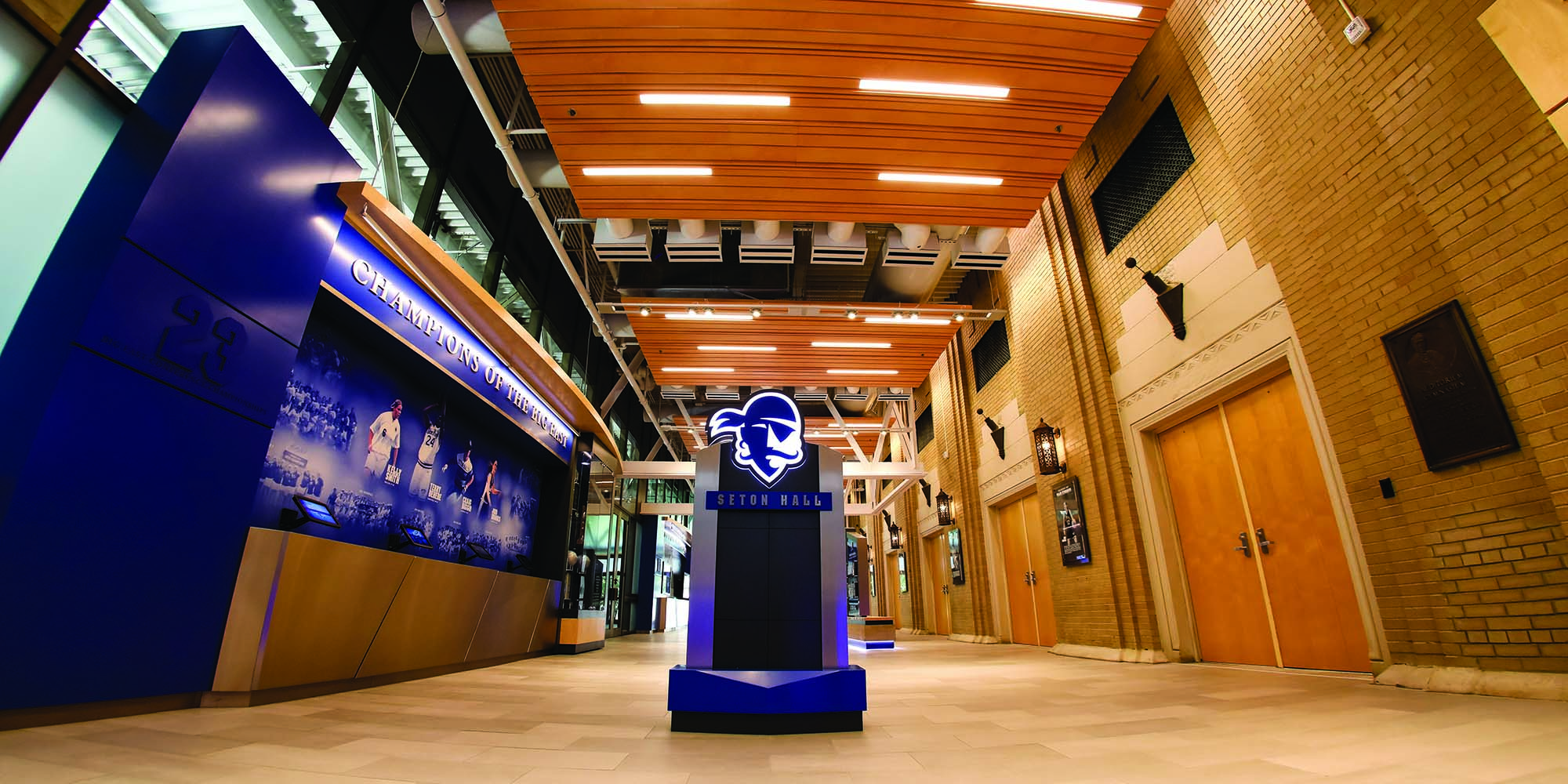 The best athletes and teams in Seton Hall history live on forever in the memories of those lucky enough to watch them perform. But with the opening of the new Hall of Fame in the Richie Regan Recreation and Athletic Center lobby, Pirate greats from the past finally have a permanent home where they can be remembered and honored by all generations in one spot.

The Hall of Fame, situated outside the Walsh Gymnasium, opened on September 24, 2016, and celebrates more than 200 inductees and some of the greatest teams in Seton Hall history. Another exhibit called “Our Champions of the BIG EAST” memorializes those who excelled since Seton Hall began competing in the conference in 1979, including nationally known names such as National Baseball Hall of Famer Craig Biggio and basketball coach P.J. Carlesimo.

But there are also plaques like the one honor.ing the dozens of All-Americans in track and field. Those athletes now rightfully share space with all of the other Pirate legends. The new Hall of Fame reaches into the past with futuristic touches, in.cluding touch-screen displays that relay information about memorable individuals and teams. Built to remember those who came before, the Hall will serve as a destination for present and future Pirate athletes, students and fans.