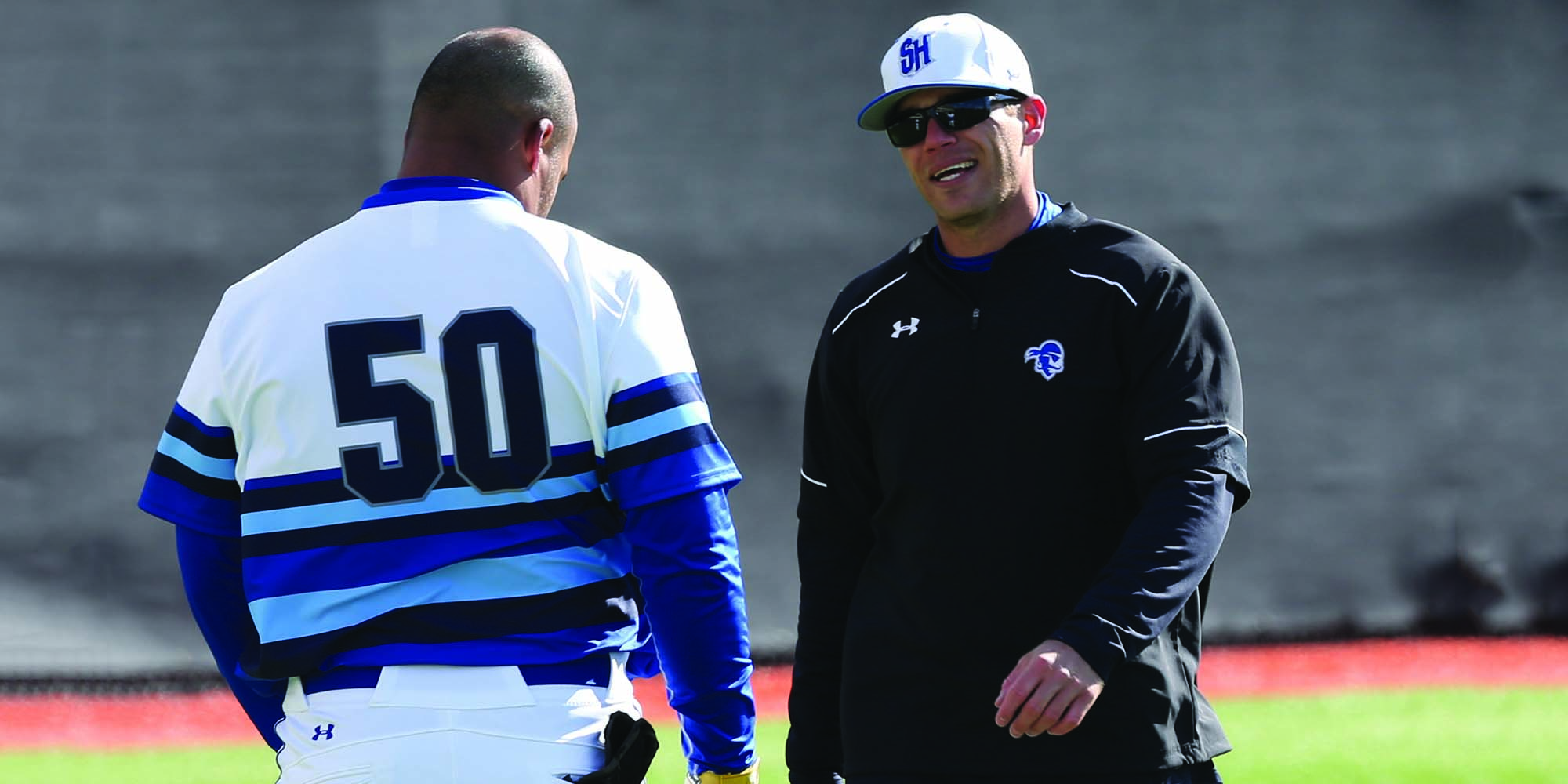 Eric Duncan ’16 dreamed of playing Major League Baseball from the time he was a teenager until he was nearly 30 years old. Now he dreams about being a baseball coach for the rest of his career.

While these are sports fantasies shared by thousands of athletes and former players, what makes Duncan special is that he took a four-year detour on the path from player to coach, returning to school a decade after he graduated from high school to earn a political science degree from Seton Hall University.

Originally drafted by the New York Yankees out of Seton Hall Prep in 2003, Duncan spent 10 years in the minor leagues, reaching as high as Triple-A, one step away from the majors, before retiring from the game in 2012. Then he enrolled at Seton Hall, attending classes with students 10 years his junior and carving out a grade point average a notch below 4.0. All the while, he served as a valued member of the Seton Hall baseball coaching staff, working under head coach Rob Sheppard as a volunteer assistant.

Duncan defied the odds: He cites an estimate that less than 2 percent of high-school baseball players who are drafted and signed professionally go back to complete their college degree.

“I am proud,” Duncan says. “I see myself as being very fortunate that I had the time and the means to go back and do it. I enjoyed the coaching and the baseball side tremendously, but [on] the school side, I really enjoyed going back to class.”

“Teachers loved having him in class because he brought a more mature perspective to things,” says Matthew Geibel, director of academic support services for student athletes. “Students loved being in class with him.”

And, adds Sheppard, from a coaching perspective, “Somebody with Eric’s pedigree, his playing experience, the amount of time he’s been around the game, the way he’s a student of the game — he was a big asset to our program.”

A California native, Duncan came East and starred at Seton Hall Prep under coach Mike Sheppard Jr., the broth.er of Rob and son of former Seton Hall legendary coach Mike Sheppard Sr. A state champion and Gatorade Player of the Year in New Jersey, Duncan seemed destined for the major leagues after the Yankees selected him as their 27th pick in the 2003 MLB draft. Duncan played Double-A ball before being promoted to the Yankees’ Triple-A team, but he later bounced around with franchises such as the Atlanta Braves and Kansas City Royals before retiring.

“The further I get away from playing, the more I can look back and genuinely say I did absolutely everything I could,” Duncan says. “It’s easy to get sucked up into getting to the big leagues, and that becomes everything. When I look back and I think about the relationships that I made, the lifelong friendships that I made, given the opportunity to win a couple of championships at the minor-league level, it was a great 10 years.”

Duncan’s connection to the Sheppard family led him back to New Jersey and Seton Hall in 2012. His academic success didn’t come without some vexing moments. Geibel remembers once reassuring Duncan and telling him, “You can major in anything. You’re the type of person that somebody is going to hire just because of what you ‘bring to the table.”

Duncan plans to stay in baseball as a coach or manager, so his career has come full circle: He’s now a coach within the Yankees organization. A career as a coach in Major League Baseball might await him, or a life as a Division I coach.

Coaching is a path Duncan settled on shortly after arriving on campus. “I really enjoyed the college game and seeing guys mature, both on and off the field,” he says. “I fell in love with coaching pretty quickly, but it was a big learning process.”