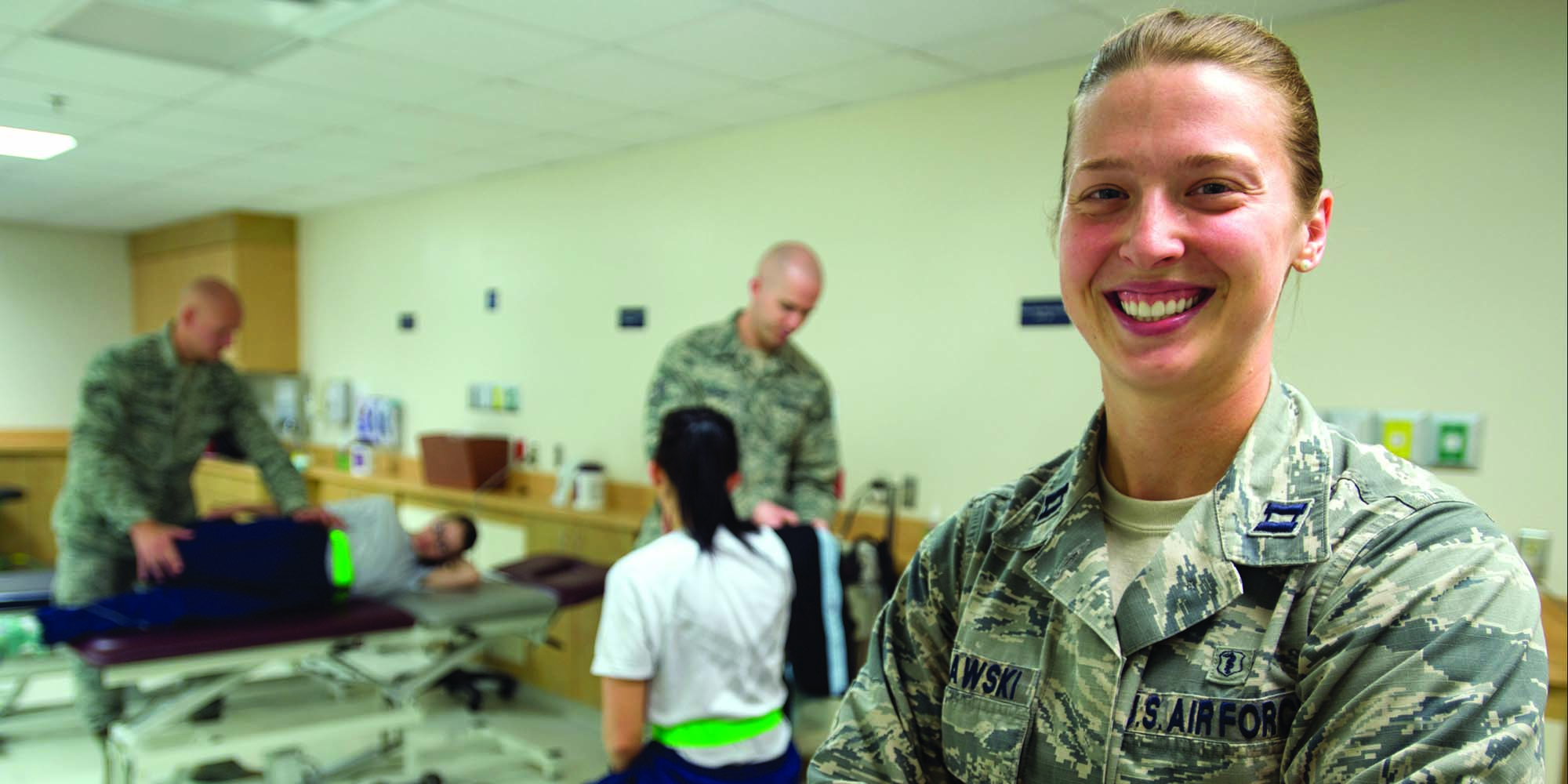 Afghanistan’s vast and dusty Bagram air base is home to thousands of U.S. and NATO Coalition forces and Afghan troops, and for about six months last year, Joanna Borawski, DPT ’10, was the only physical therapist there. Averaging 20 patients a day, seven days a week, her job was “to get them on their feet as fast as possible after surgery.”

Most often, the wounded were Afghan soldiers, whose resilience the Air Force captain found extraordinary. “You never knew anything was going on with these guys,” she says of their stoicism. What she did know was that their level of care would wane precipitously once they left the U.S.-run Level III Trauma Center. So in “a race against time,” she and other staffers did as much as possible to make their lives easier. That included fashioning a custom walker from copper pipes and other at-hand materials for one soldier with grievous leg and hand injuries.

In a sense, Borawski, who starred in track and field at Seton Hall as a graduate student, was fulfilling an earlier dream. Recruited to throw the javelin at the U.S. Air Force Academy, she went instead to Miami University of Ohio, where she majored in zoology instead of going into the military. “But it was always something in the back of my head,” she says.

Then at age 29, she was accepted in the Air Force’s officer training program, and in late June was notified she was a major-select in a career she sees as “life-fulfilling.”

Which is not to say she has lessened her ties to Seton Hall. For instance, while at Bagram, she received “boxes and boxes” of homemade cookies over the holidays from students she taught as an adjunct professor at the School of Health and Medical Sciences. (Less-welcome arrivals were the enemy rockets sent over the base’s perimeter “every couple of weeks.”)

Borawski, who has undergone sports surgeries herself, understands the ordeal of physical recovery. She was a Seton Hall assistant track and field coach, as well as a strength and conditioning coach. Prior to last May’s Invictus Games in Orlando Florida, she coached Paralympic competitor Air Force Master Sgt. Israel Del Toro Jr., who was burned by an improvised explosive device.

“I signed four pieces of paper just while I was on this interview,” she told a recent caller. “But being busy means I can help more people get on their feet.”