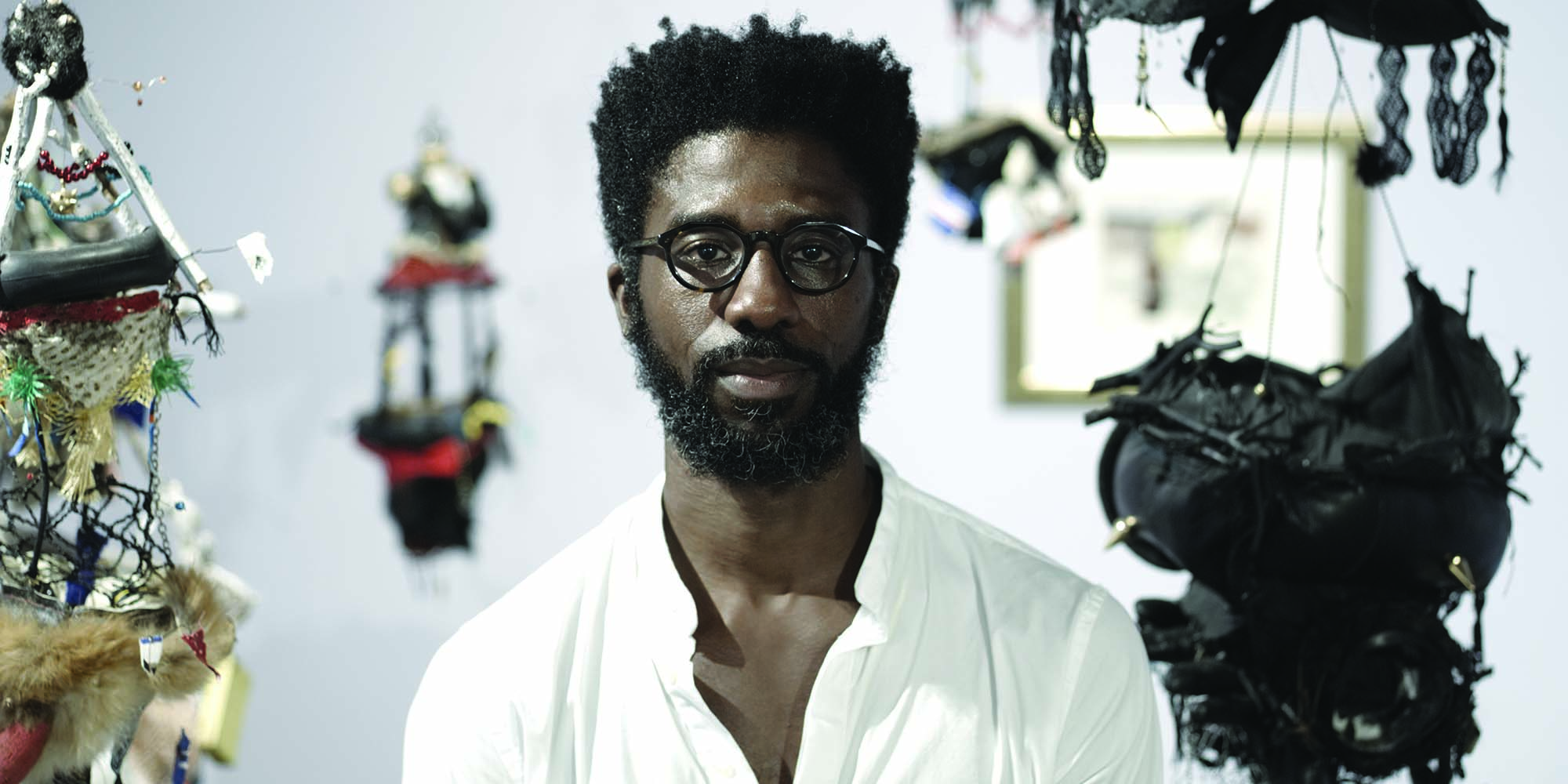 For Nyugen Smith ’98, the pursuit of art as a career has been as much about persistence as talent. Today, the fine arts major is well-established as an interdisciplinary artist. He’s a recent M.F.A. graduate of the prestigious School of the Art Institute of Chicago, where he was awarded a full merit scholarship. He has held scores of shows — including a recent solo exhibition at Seton Hall’s Walsh Gallery.

Moreover, Smith recently received one of just nine annual Leonore Annenberg Fellowships — a total of $100,000 over two years, which he’ll use to do field research in the Caribbean “on the impacts of colonialism and post-colonialism on the African Diaspora.”

Still, his success hasn’t come without setbacks, and his journey to becoming an artist began with a difficult choice: to switch his major from political science to fine arts in his junior year. When he told his mother, Smith recalls, “She looked at me and said, ‘Nyugen, that is a hard life.’” His response: “I know this is what I want to do. I’ll make it happen.”

The nearly 20 years since then have brought challenges, such as initially being turned down at every graduate art school he applied to, and the need for patience as he perfected his craft while teaching art at St. Peter’s Preparatory School in Jersey City, N.J.

Now, the Annenberg fellowship gives Smith the economic freedom to conduct “self-study to discover my West Indian heritage and various histories of the Caribbean” over the coming two years. He heads in February to Trinidad, his mother’s birthplace, to study the island’s carnival tradition and learn to participate in the costume-making tradition, which will, no doubt, influence his performance art. In April, he’ll go to Martinique, a former French colony, and then travel to Barbados, Haiti and Jamaica. He’ll bring no strong preconceptions, he says, but will let his impressions and understanding “evolve once I get there and begin to spend time with the people and experience the environment.”

A painter, sculptor, video maker and performance artist, Smith says his first artistic effort was drawing stick figures when he was 6. Seeing the result, his uncle deftly sketched a man standing in profile and said, “’Go draw this.’” Smith practiced over and over, and then began to depict it in full face and, eventually, with the body in motion. His perseverance paid off, and when he got to Seton Hall years later, he pushed to stage the University’s first solo student art show.

“I never took ‘no’ for an answer,” he explains. And now, that firm resolve has finally paid off.