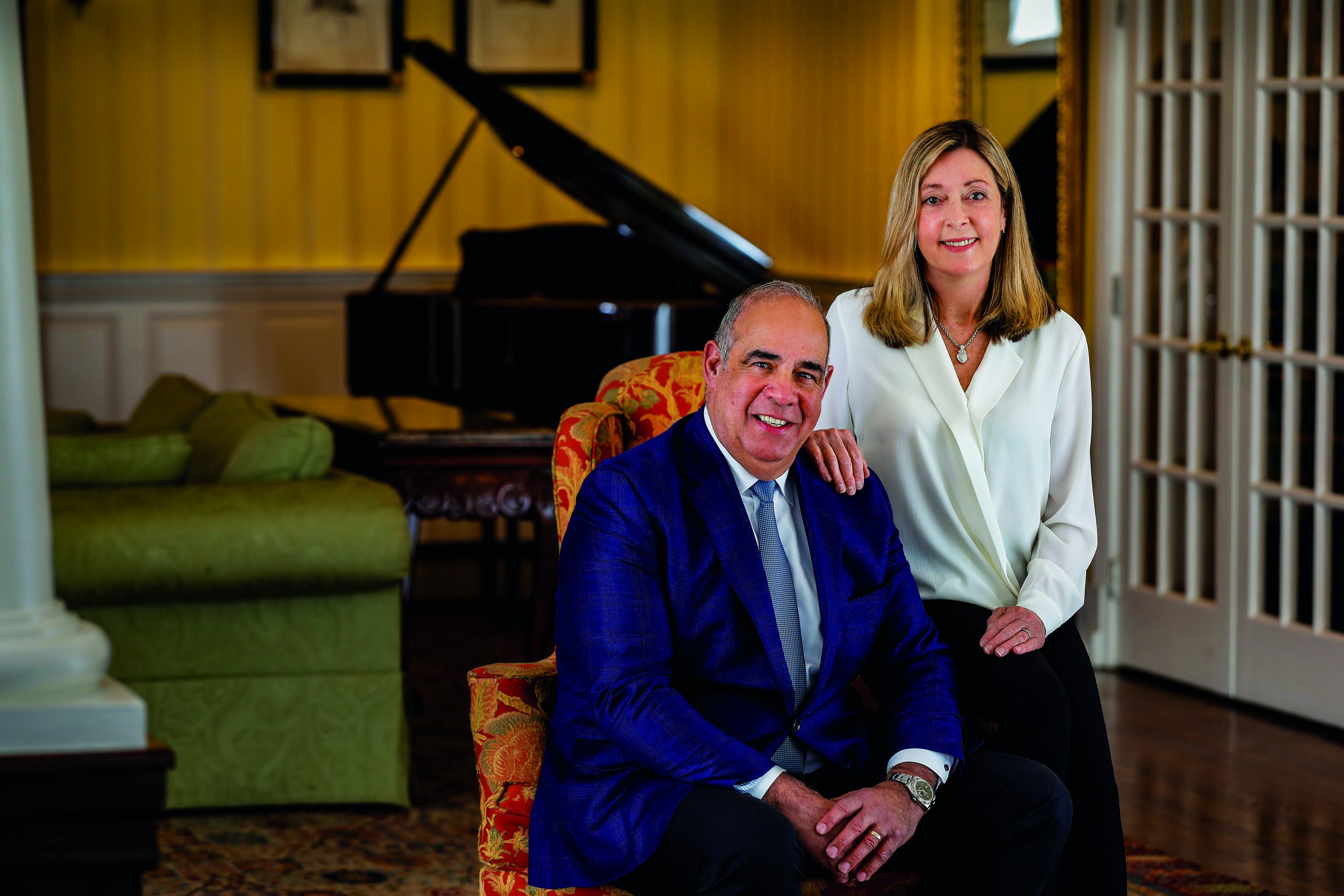 Tech entrepreneur Anthony Ciavaglia ’77 started a scholarship to help business majors on their way to success.

Anthony Ciavaglia ‘77 got his start in computing early. He took computer courses while a marketing student at Seton Hall, at a time when “we had to use the IBM punch cards,” he said, referring to how computers used to be programmed using thick cards with holes punched into them. The holes formed a binary code that told the computer what to do.

Those cards had to be put in exactly the right order for the program to work. Heading to one class, he dropped them on the way to the computer lab. “The order got all messed up and I got a D on that particular project.”

But he didn’t give up. In fact, Ciavaglia turned knowledge of a then nascent industry into his own business and a lifelong career. Now he’s giving back to the Seton Hall community through the endowed Ciavaglia Scholarship to be given to one sophomore, junior or senior business student a year.

“There are a lot of people with the same dreams I had. I want to help them,” said Ciavaglia, who, along with his wife, Linda, has three children and three grandchildren. In non-pandemic times, the Emerson, New Jersey, resident attends Seton Hall basketball games.

“There’s nothing like helping a local university that also happens to be my alma mater. It’s an investment in those students, and our community.”

After graduating, Ciavaglia took his marketing degree and turned it into sales jobs for a few different companies in the computer industry. That gave him a sightline to the potential future of personal computers.

But instead of selling products for someone else, he and a partner decided to sell their own. His experiences as a student and as a four-year member of the Pirates football team, which he joined as a walk-on, showed him that it was worth it to take risks. “I was always considered a person with a ‘go get ‘em’ attitude,” he said.

In 1993, they founded RTP Technology, an information technology software provider and data storage company. “We hit the sweet spot of the IT industry,” Ciavaglia said. “Personal computers weren’t a popular thing then, but they’re certainly a major part of everyday life now.” In 2019, the company was acquired by Mainline Information Systems.

Ciavaglia decided to endow a scholarship to make sure that it would be available to students decades from now versus a one- or two-time thing. He also directed the scholarship be given to students who were in their second, third or fourth years in order to give a boost to someone who didn’t necessarily excel in high school, but who is blossoming at Seton Hall.

“A lot of students may not be superstars early on, but they show great promise once they start working towards their degree, and in the Seton Hall environment,” he said. “I want to make sure that they can stay here and maybe ease a financial burden, so they can do something great next without worrying as much about student loans.”

Kyle Penny ’20 was the first recipient of the scholarship. He graduated with an economics degree and is now in his first year of graduate school, working towards a master’s degree in business analytics, also at the University.

“As a current student, receiving this scholarship validated the work I have been doing at Seton Hall,” he said. “Most scholarships given to first-year students recognize high school achievements. Having received this scholarship during my college studies made me proud of my work as an undergraduate and now graduate student.”

Penny hopes to turn both degrees into a career in advisory services, focusing on economic consulting. “Not only did the scholarships help provide the financial stability I needed to start my investment in higher learning, but it also boosted my confidence in my ability to perform as a student and continue my academic journey.”