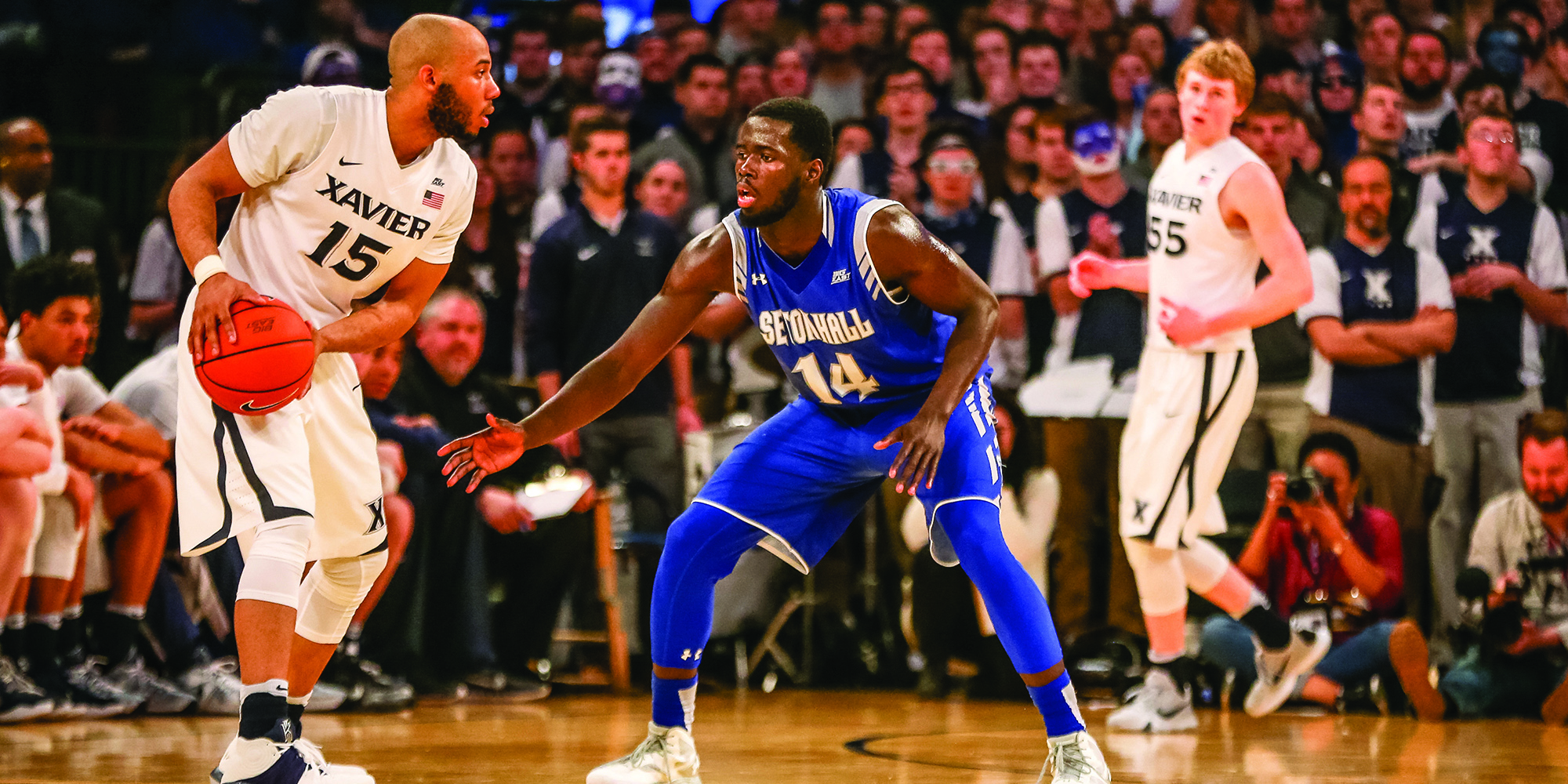 Ismael “Ish” Sanogo’s importance to the Seton Hall men’s basketball team can’t be measured in a nightly box score or in the season-ending statistics. As a sophomore on the 2015-16 team, Sanogo averaged just five points per game. But without Sanogo’s contributions, the Pirates would have never become the BIG EAST Conference Tournament champions.

During the season, head coach Kevin Willard called Sanogo the hardest-working kid he had ever coached. And the 6-foot-8 Sanogo’s toughness is especially evident on defense, where he battles centers or guards, big guys or little ones, fast ones or powerful ones. Those efforts are difficult to measure, but his teammates and coach appreciate his unusual skills.

“He gave us so many options on the defensive end,” Willard says. “We could switch pick and rolls, we could trap pick and rolls. … He’s a very smart young man and he studies the game. I know for me he was almost like a security blanket. ‘We can do this because Ish is out here.’ And that’s as good a compliment as I can give to a player.”

Sanogo performed like that at East Side High School in Newark, but as a freshman with the Pirates he didn’t play much. He felt frustrated, but did what he’s always done: “I could complain, but I knew if I kept working hard I’d get to where I am now. Because of my past experiences, I realized I had to work to get to where I wanted.”

Those past experiences off the court are why he feels comfortable handling anything on it. Originally from the Ivory Coast, Sanogo lived in New Orleans during Hurricane Katrina in 2005 and moved to Chicago before settling in New Jersey. “Going through all that made me grow up early and realize nothing is ever guaranteed,” he says.

Sanogo picked up the nickname “Ish” in New Jersey, and it was at East Side where he displayed the defensive intensity that enticed Willard and his coaching staff.
“You saw it in high school when you’d watch them practice. He always played the hardest and was always the toughest kid out there,” Willard says. “Anybody who works that hard and plays that hard is going to end up being a good player.”

Sanogo’s long arms and quick feet make him an elite defender, but “a lot of it is mental,” he adds. It’s about studying film and knowing an opponent’s strengths and weaknesses. “People say I’m able to guard guards; that’s because if you think like a guard you’ll be able to stop them. You know what their next move is.” And when he battles bigger players, “I have to be able to use my quickness and beat them to the spot. That’s again when I have to outsmart them and know where they’re going.”

Those abilities helped Seton Hall capture the 2016 BIG EAST title with a dramatic victory in Madison Square Garden over Villanova, a triumph that looked even more impressive a few weeks later when the Wildcats won the national title. Watching Villanova win the NCAA championship convinced Sanogo and his teammates they could compete with anyone in the country and could have made a similar run in the tournament if they hadn’t had an opening-round loss to Gonzaga.

In the offseason, knowing the Pirates need more from him if they want to duplicate their 2016 success, Sanogo has been dedicating himself to improving on the offensive end, believing the work ethic he used to become a shutdown defender will transform him into a dangerous shooter. “He’s already putting the work in,” Willard says. “As he gets as much confidence in his offensive game as he has with his defensive game, I think you’re going to see another nice jump with him.”

Maybe then the statistics and box scores will reflect just how valuable Sanogo is to Seton Hall.