The results of CheckMate 214 demonstrated that combination checkpoint immunotherapy with nivolumab (Opdivo; anti-PD-1 monoclonal antibody) and ipilimumab (Yervoy; anti-CTLA-4 monoclonal antibody), is superior to sunitinib (Sutent; multikinase inhibitor) in the treatment of patients with newly diagnosed renal cell carcinoma (RCC). Interestingly, prior to sunitinib, another immunotherapeutic approach – interferon-alpha (IFN-α) – was the front-line treatment of choice for renal cell carcinoma, which, like melanoma, is very immune-responsive. 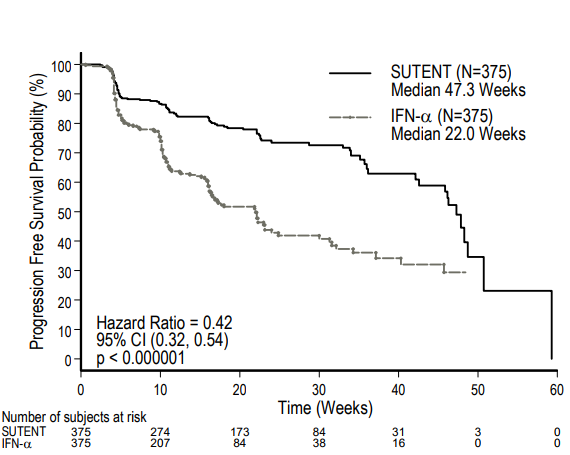 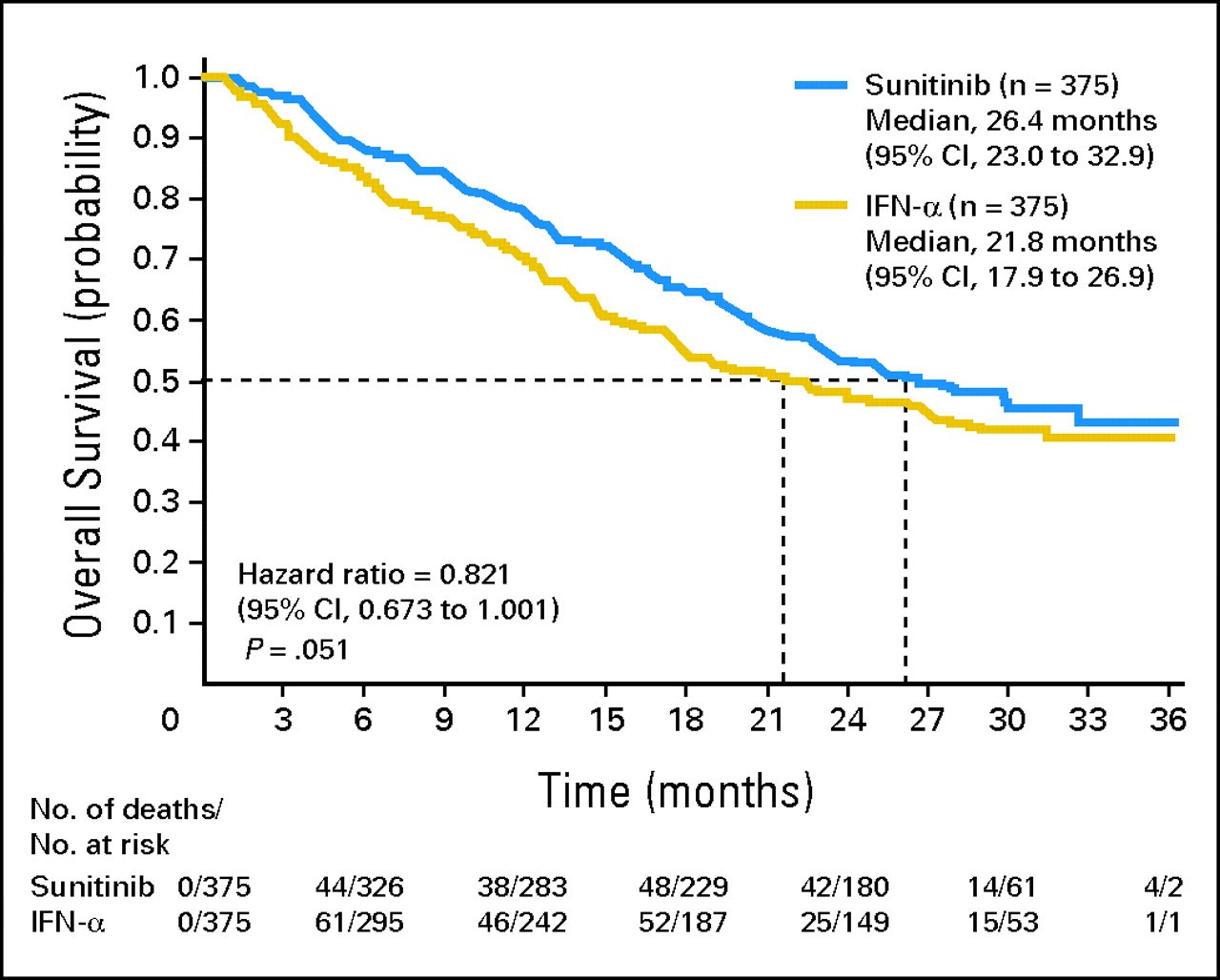 The study included patients with advanced (Stage IV – not amenable to surgery or radiation therapy) histologically-confirmed renal cell carcinoma who had not received prior systemic chemotherapy (except for neo-adjuvant therapy for completely resectable RCC). Patients were excluded if metastases to the central nervous system were present or if the neo-adjuvat therapy included anti-VEGF treatment. The co-primary endpoints of CheckMate-214 were ORR, PFS per independent committee and overall survival (OS) in the cohort of patients at intermediate or poor-risk. Efficacy was also evaluated according to IMDC (International Metastatic RCC Database Consortium) risk group and baseline tumor PD-L1 expression. Checkmate-214 was initiated in October 2014.

Patients with the immunotherapy combination had fewer grade 3-5 adverse events than those who received sunitinib (45% vs 63%), and they reported better quality of life and better control of their symptoms. Discontinuation due to an adverse event (AE) was reported for 22% of combination patients and 12% of sunitinib patients. Of the 159 deaths that occurred in the combination cohort, seven (1%) were considered drug-related, whereas 4 (1%) of the 202 deaths occurring in the sunitinib cohort were considered drug related.

In the overall composite of patients at any risk, no significant difference between treatments was demonstrated in ORR (p = 0.0191) or PFS (p = 0.819).

The results support the use of Opdivo/Yervoy combination front-line in patients with intermediate/poor risk metastatic disease with PD-L1 expression ≥ 1%. However, Sutent remains the treatment of choice for patients with favorable risk (see Table 1). 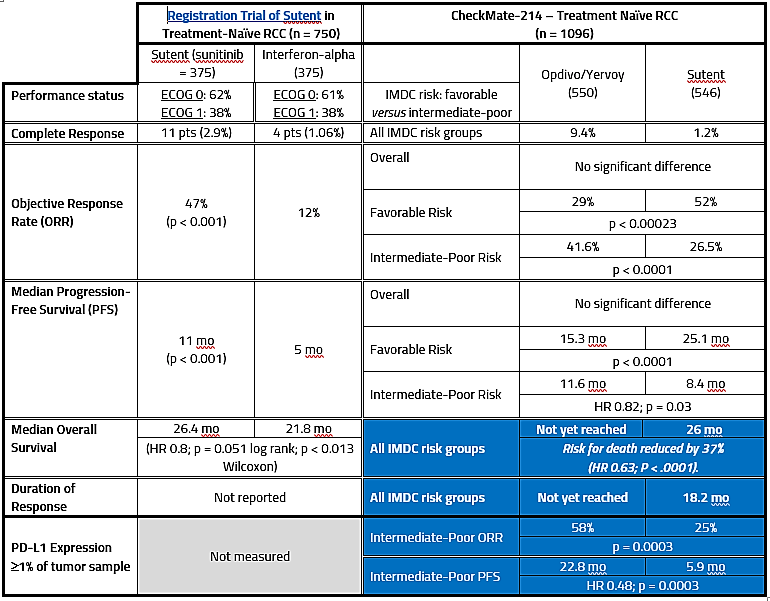 The results of CheckMate-214 were very well received at ESMO (European Society of Medical Oncology):

Until now, nothing has beaten sunitinib in a randomized phase 3 clinical trial, and it was “brave to choose it as a comparator,” said Manuela Schmidinger, MD, from the Medical University of Vienna, Austria. She pointed out that this is the first phase 3 study to show a statistically significant OS benefit.

This new study changes the paradigm, and it establishes a new standard of care for the first-line treatment of advanced RCC, she commented. Dr Schmindinger was not involved in the study and acted as discussant after it was presented here in a presidential session at the European Society of Medical Oncology (ESMO) 2017 Congress.

Several others agreed with her. This is practice changing, commented Markus Joerger, MD, PhD, assistant professor of medical oncology and clinical pharmacology, St. Gallen Cancer Center, Switzerland, who chaired the ESMO press briefing at which the study was highlighted.