We have previously written about CDK4/6 inhibitor, palbociclib (Ibrance) for the treatment of patients with hormone receptor positive (HR+) Her-2 negative (HER2-) disease. In a randomized study of 165 patients who had not been treated previously, palbociclib plus letrozole (a nonsteroidal competitive inhibitor of the aromatase enzyme system that inhibits the conversion of androgens to estrogens) was superior to letrozole, alone: 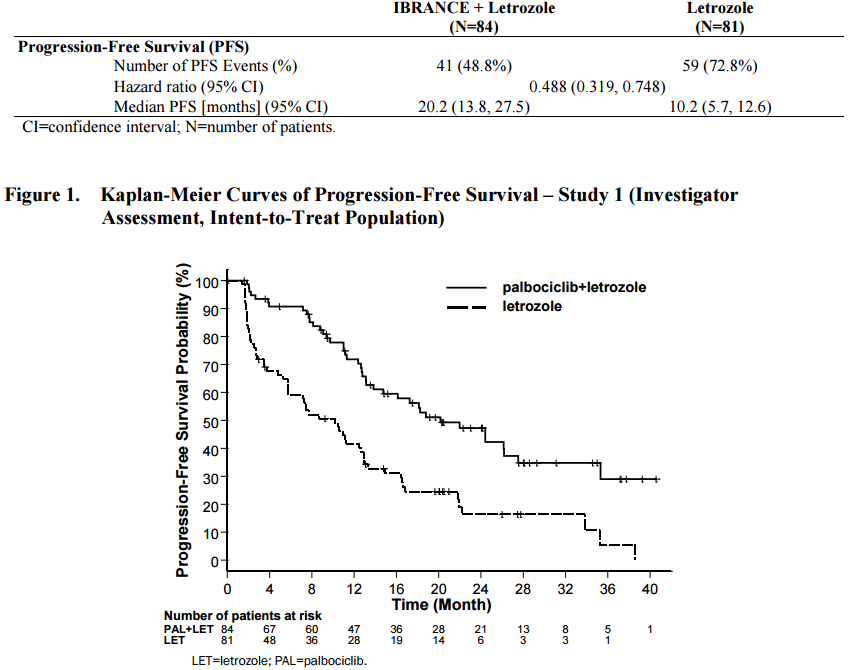 The median progression-free survival (PFS) had yet to be reached in the ribociclib group but was “expected to far exceed” the 14.7-month median among patients treated with letrozole alone, as reported by principal investigator Gabriel Hortobagyi, MD, of the University of Texas MD Anderson Cancer Center in Houston.

Data were presented at the ESMO (European Society for Medical Oncology) meeting in October:

Researchers randomized 668 postmenopausal women with hormone receptor-positive, HER2-negative advanced breast cancer, who had not undergone any prior systemic treatment, to ribociclib (600 mg/day, 3 weeks on/1 week off) and letrozole (2.5 mg/day, continuous), or letrozole plus placebo. 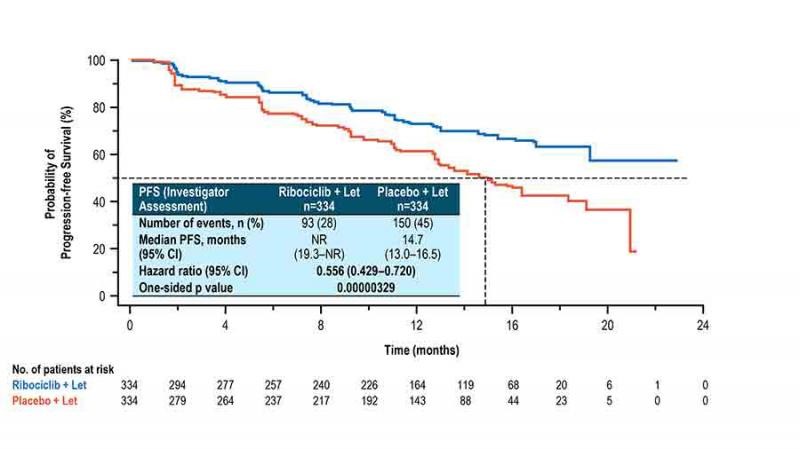 “The results of this trial represent a compelling proof of principle, and suggest a paradigm shift in metastatic, HR+ breast cancer. They also suggest that testing combinations of ribociclib with other inhibitors of various signaling pathways might lead to additional progress in the management of several subtypes of breast cancer,” Hortobagyi said.

Patients with measurable disease at baseline showed a significantly higher objective response rate to ribociclib plus letrozole compared to letrozole alone (53% vs. 37%; p=0.00028), and improved clinical benefit rate (80% vs. 72% p=0.02).

Burstein predicted that use of CDK4/6 inhibitors will expand beyond current indications into other types of breast cancer (notably, HER2-positive disease), as well as to malignancies other than breast cancer. In particular, the drugs could offer benefits to patients with various types of indolent malignancies, such as neuroendocrine tumors, low-risk prostate cancer, and mantle-cell lymphoma.