The study randomized 521 pre/perimenopausal and postmenopausal women with hormone receptor-positive, HER2-negative metastatic breast cancer whose disease had progressed during or after endocrine therapy to receive Faslodex in combination with Ibrance or placebo. An interim analysis showed that PFS was 9.2 months in patients given Ibrance plus Fasodex, versus 3.8 months for those who received Faslodex plus placebo.

In February, Ibrance was granted accelerated approval by FDA when combined with an aromatase inhibitor (Femara – letrozole) in patients with HR+ (hormone receptor positive) / HER-2 negative breast cancer. Ibrance has now shown activity in combination with anti-estrogen therapy in patients with metastatic breast cancer both in the front-line and after progression following endocrine therapy.

What is the mechanism of action of Ibrance?

Virtually all mitogenic signals to the cell are processed through CDK4/6 – it is truly the central molecule that governs pRb phosphorylation status up through the R-point transition. 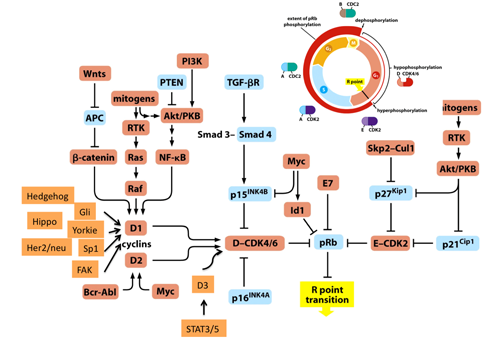 Rb blocks cell cycle progression in G1 by binding E2F transcription factors. In order to enter S phase, cells must sequentially activate CDK4/6 and CDK2. These kinases are expressed throughout the cell cycle, but are only activated upon complex formation with their corresponding cyclins. During early G1 phase, mitogenic signals trigger activation of the CDK4/6-cyclin D complex, which partially deactivates Rb by phosphorylation. Subsequently released E2F factors mediate expression of pro-proliferative genes including cyclin E and Cdc25A. This transfers cells past the restriction (R) point, which commits for S-phase entry. Activation of the CDK2-cyclin E complex results in hyperphosphorylation of Rb and fully releases E2F. The expression of further E2F target genes, as cyclin A, facilitates progression through S phase. Upstream inhibitors, including members of the Ink4 and Cip/Kip families, inhibit the mitogenic action of CDKs. ARF and p53 can block cell cycle progression via p21Cip1. ARF, alternate reading frame; CDK, cyclin-dependent kinase; Rb, retinoblastoma. http://www.nature.com/mt/journal/v20/n5/fig_tab/mt20122f1.html

What is anti-estrogen therapy? 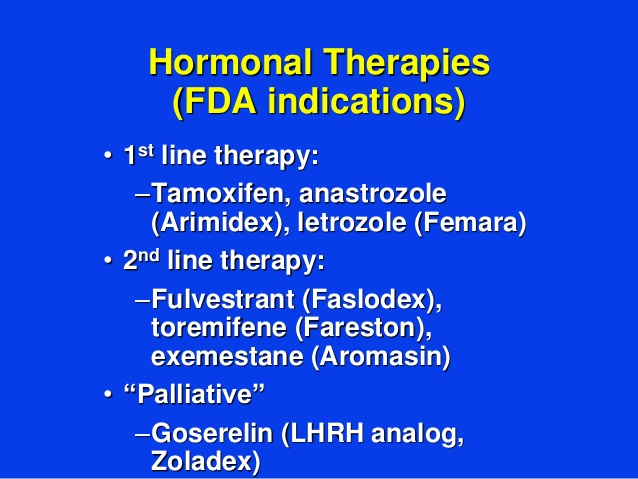